Standard is boring, mundane. I've always had a need to modify cars, making them unique and often completely awesome and impractical. After many sports cars (BNR32, 240z, xr5, classic mini cooper s) I realized that I should buy a vehicle that aligned with my love of exploration and adventure.

In 2013 I bought a bone stock JK Wrangler and drove it off the showroom floor. 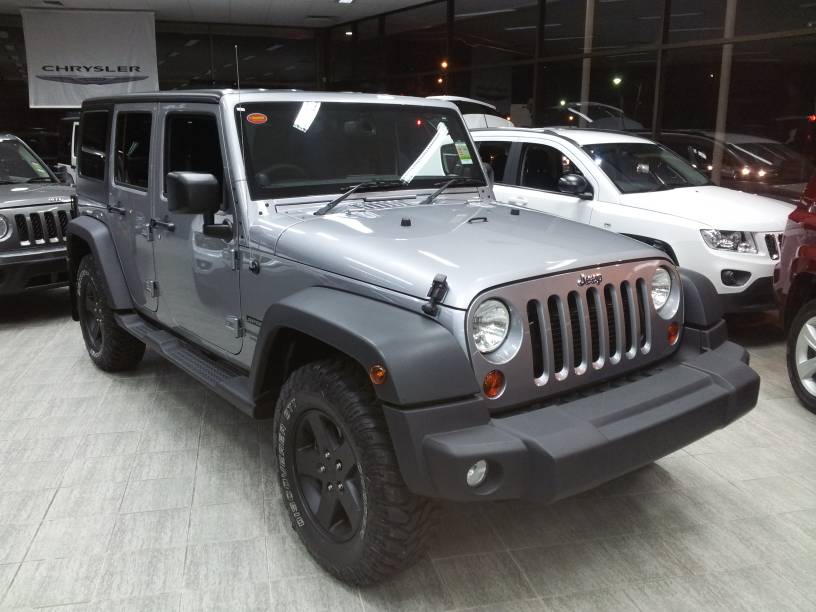 Over the next four years I did so much to the Jeep . 2 sets of wheels, 3 different suspension setups, 2 winches, bar work, roof racks, armour... I learnt lots. This vehicle took me on adventures in 4 states, including Cape York and Fraser Island. 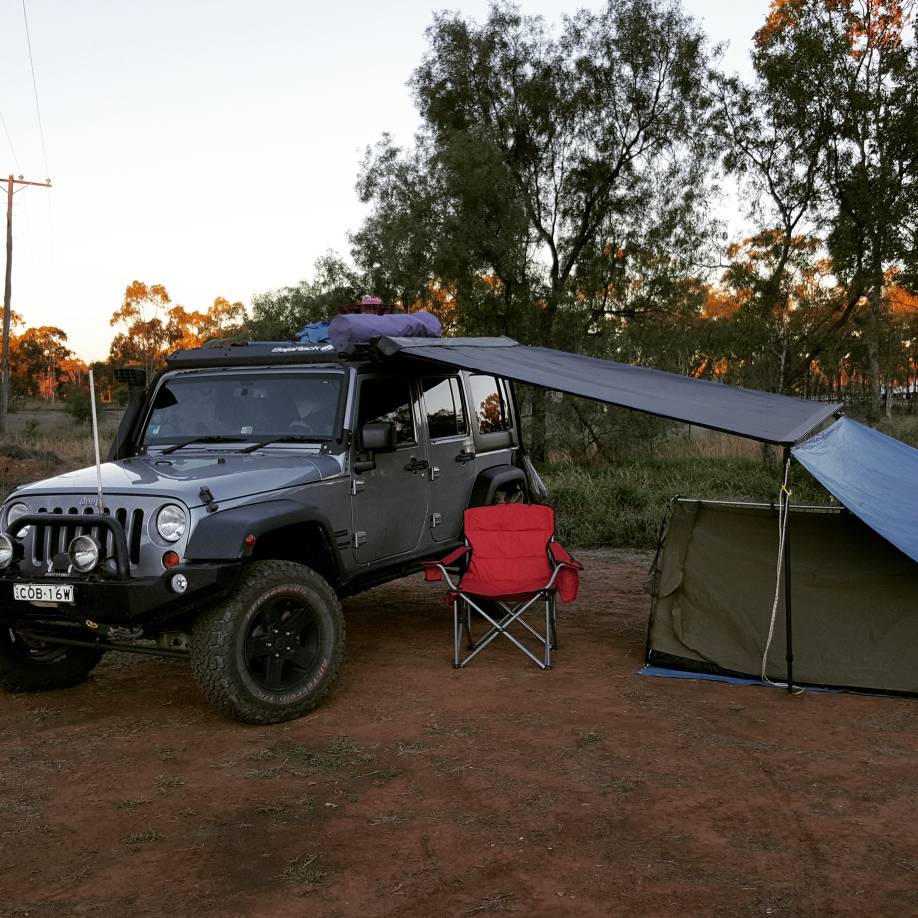 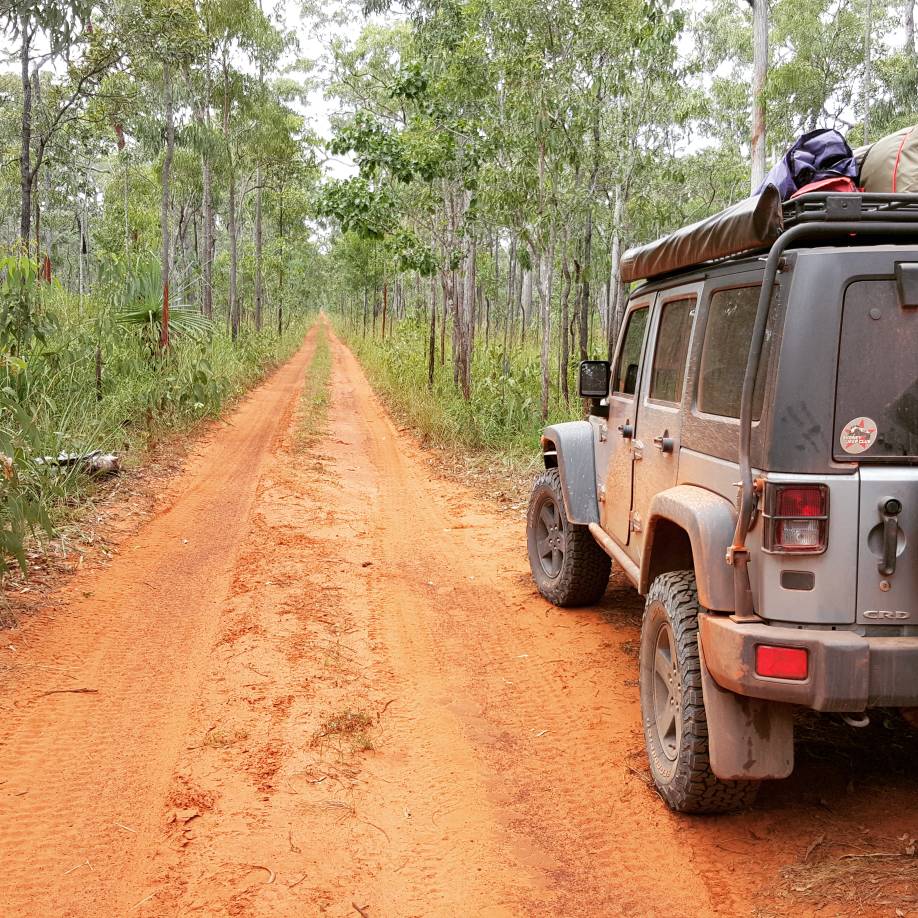 After our last big trip to South Australia the reality of Jeep ownership sunk in... Its amazing offroad. With good suspension nothing new can really touch them, but ongoing reliability issues and completely atrocious onroad handling meant I needed to move on. Around this time I got a interstate contract and when we moved our new apartments garage was too low for the jeep - the decision, whilst hard, made sense. I sold the Jeep.

Ultimately I wanted to build an expedition spec 200 series cruiser but as we know they're not cheap. I decided to buy another import and save my pennies. Here's my 98' Toyota Chaser. 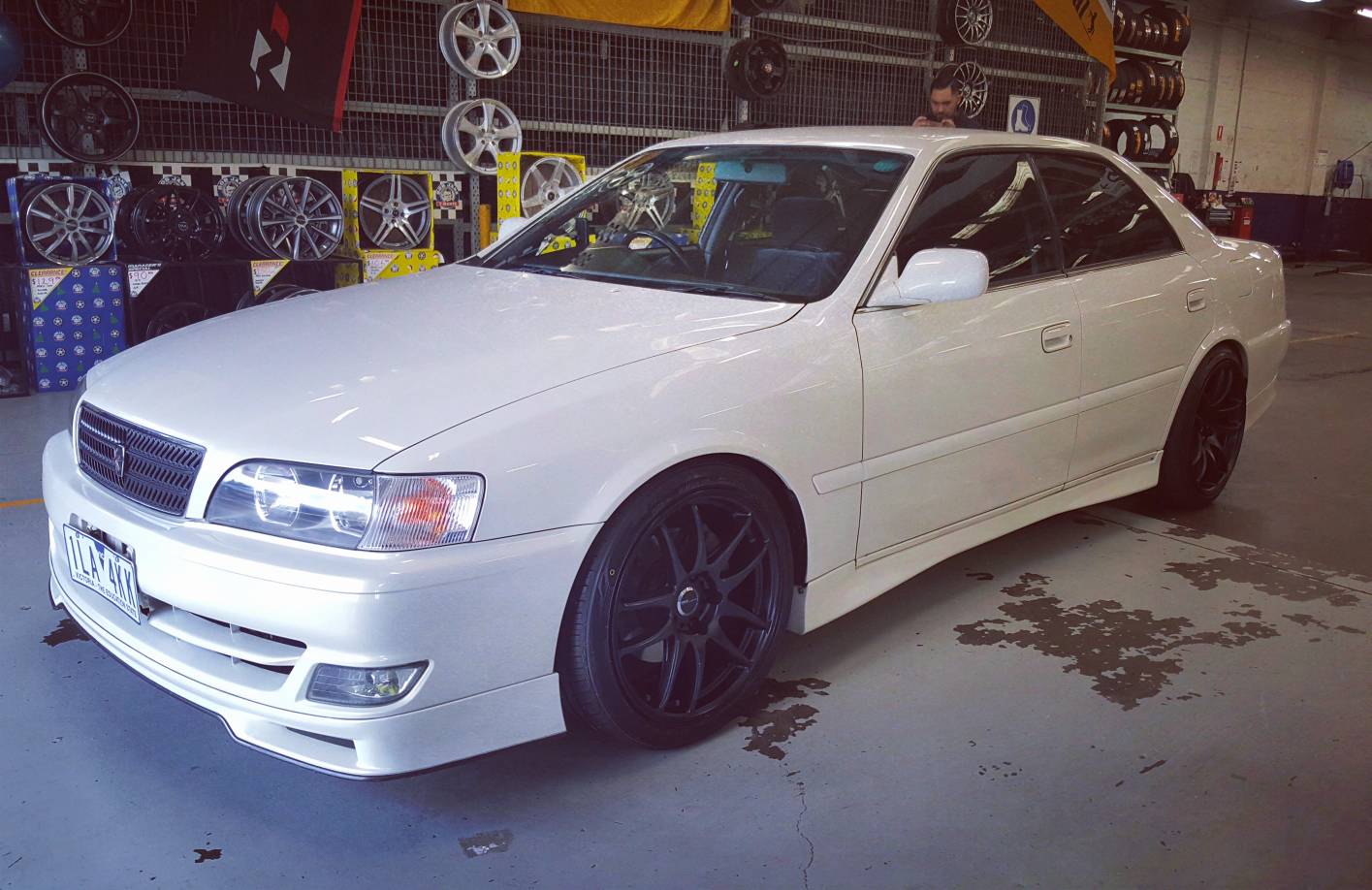 Add WORK wheels, TEIN suspension, a fat exhaust and dark tint and you have a reasonably cheap, fast and fun street car. Apparently some mongrels at Melbourne Airport's Wilson security capital thought the same because it was stolen when I flew out for business overnight.

I was angry and at a loss. My plan had been to save money and wait to build an international expedition 200 series yet I'd lost money (it was insured). I was back in the market for a vehicle 2 months after buying the Chaser. GRRRRrrr..

I decided I'd test drive some utes and it won't be a surprise to hear the 'lux came out on top. I managed to find one with 3500km on it and picked it up for a song. 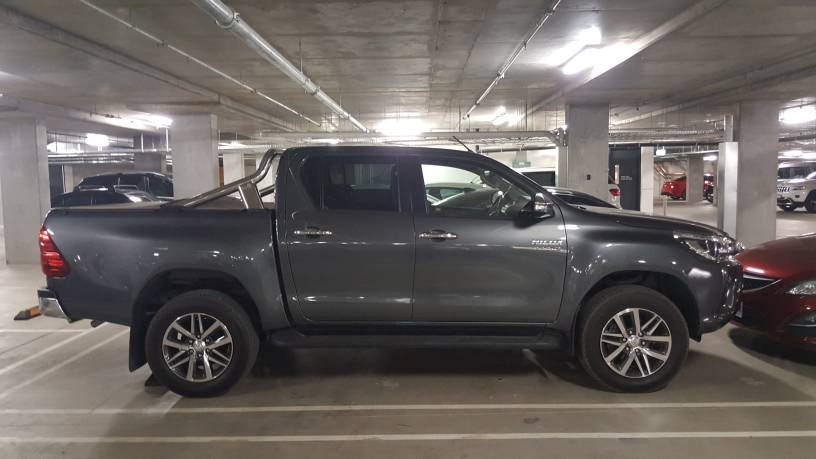 I am still planning on building an truck capable of long term international expeditions as well as domestic travel. To that end I'm saving pennies to ensure that everything done is of the highest standard.

First step: get some better tyres. 265/65/r18 ko2. I am really impressed with this tyre. I had the on my jeep and despite me hammering them I got great mileage, never had a puncture or major chipping issue. 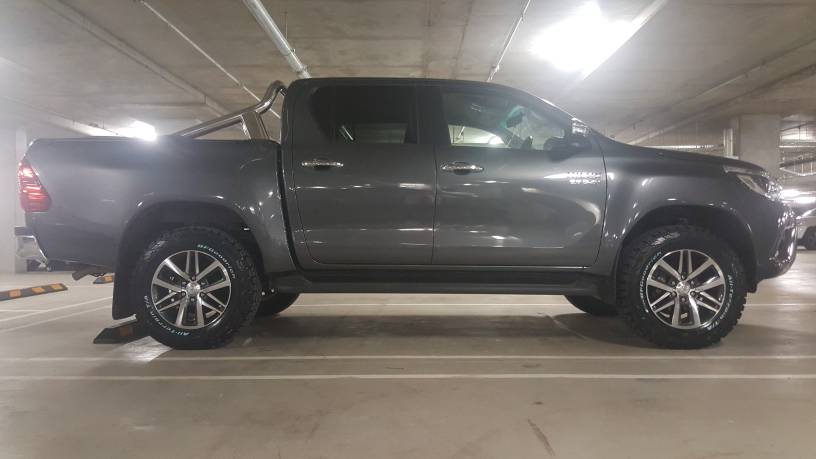 Extended breathers. There's a million of these buggers on the n80! I brought the rear diff up to the engine bay and got the front diff done add still. I still need to do the gearbox and transfer case. I extended the smaller breathers higher. 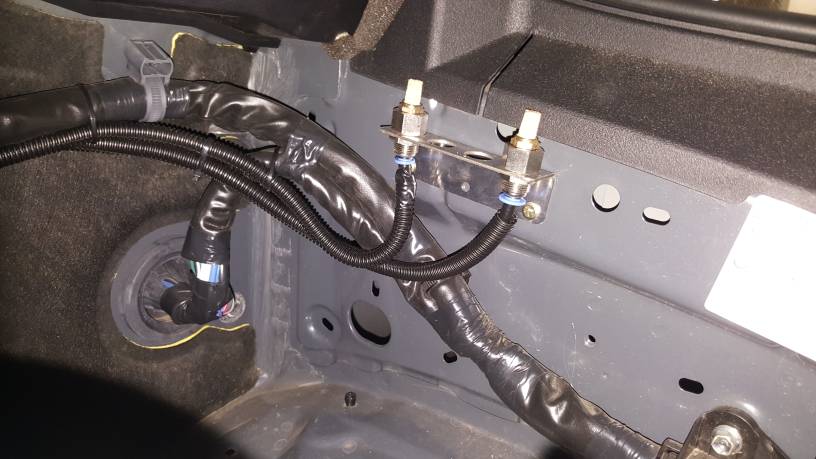 I have put some seat covers on. I'll post some photos soon.

Lastly, this weekend past I put on the uneek 4x4 empire bar.

I'll be back soon with more updates.

How does management like you wrenching in the parking deck?

Looks great. Thanks for sharing.

that is a great looking truck. Did you get the D4D? It’s a great motor, I drove a newer prado with the D4D for about six months while I was on a deployment. Looking forward to this build though.

I like the fact that you did the bumper install in the parking garage and that you didn’t have to cut any of the bumper for the install like with most newer trucks these days...

SportsmanJake said:
How does management like you wrenching in the parking deck?

Our complex's law states that we cannot repair vehicles in the carpark. When security came and asked me what I was doing I told them upgrades

Jc1986.carter said:
that is a great looking truck. Did you get the D4D? It’s a great motor, I drove a newer prado with the D4D for about six months while I was on a deployment. Looking forward to this build though.

I like the fact that you did the bumper install in the parking garage and that you didn’t have to cut any of the bumper for the install like with most newer trucks these days...
Click to expand...

Sure did! It's the new 2.8l D4D. Really happy with the power and torque. Once the build is nearing completion I think I'll check out some of the tuning options. Without hardware changes we're seeing reliable 25%+ increases in power and torque with improved fuel economy.

Where were you deployed?

Where were you deployed?

Sent from my SM-G965F using Tapatalk[/QUOTE]

South America. Major truck envy went on when I was down there.

I'm pretty diligent with tyre pressures, particularly when on a trip. That being said laziness does set in occasionally so having a something to check with a glance will be great. In doing some late night dreaming I stumbled onto these.

It fits into a blank switch panel and illuminates blue - hopefully not too different from the factory colour. The sensors fit onto the valve stem which isn't as ideal as internal sensors but it does mean I can swap them round when I rotate the wheels.

They arrive in a couple of weeks and I'll document the install.


Sent from my SM-G965F using Tapatalk

I got round up giving the interior a clean up and took some pictures of the car seat covers. I went for a water proof neoprene cover to ensure that the kid's spills and beach trips don't affect the seats. 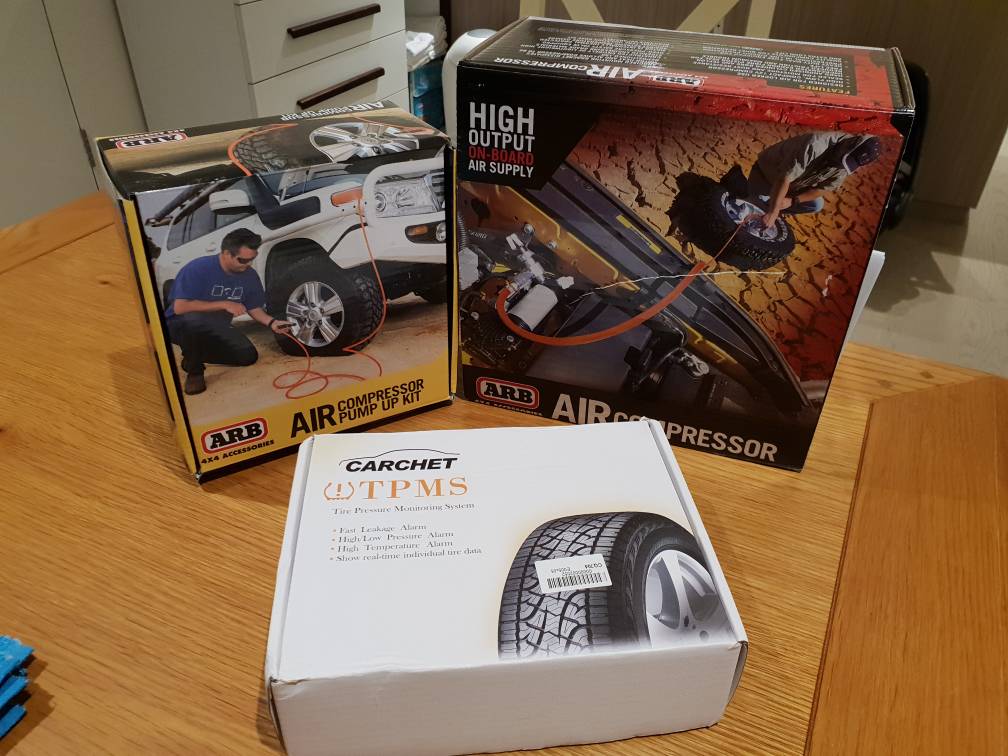 The tyre pressure monitoring kit turned up. I'm reasonably happy with the quality of it at face value. I'll hopefully be getting to the install within the next couple of weeks. 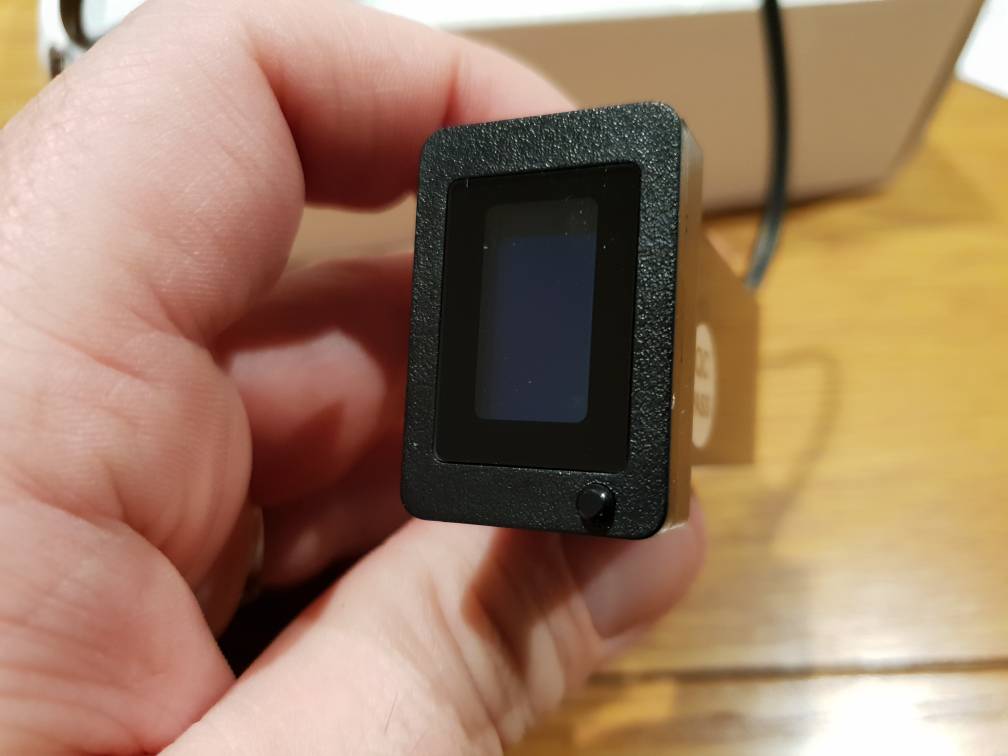 I've done the cheap compressor route in the past and its always been a pain. Hoses leaking or splitting, noisy and getting burnt when packing it pack in the car. 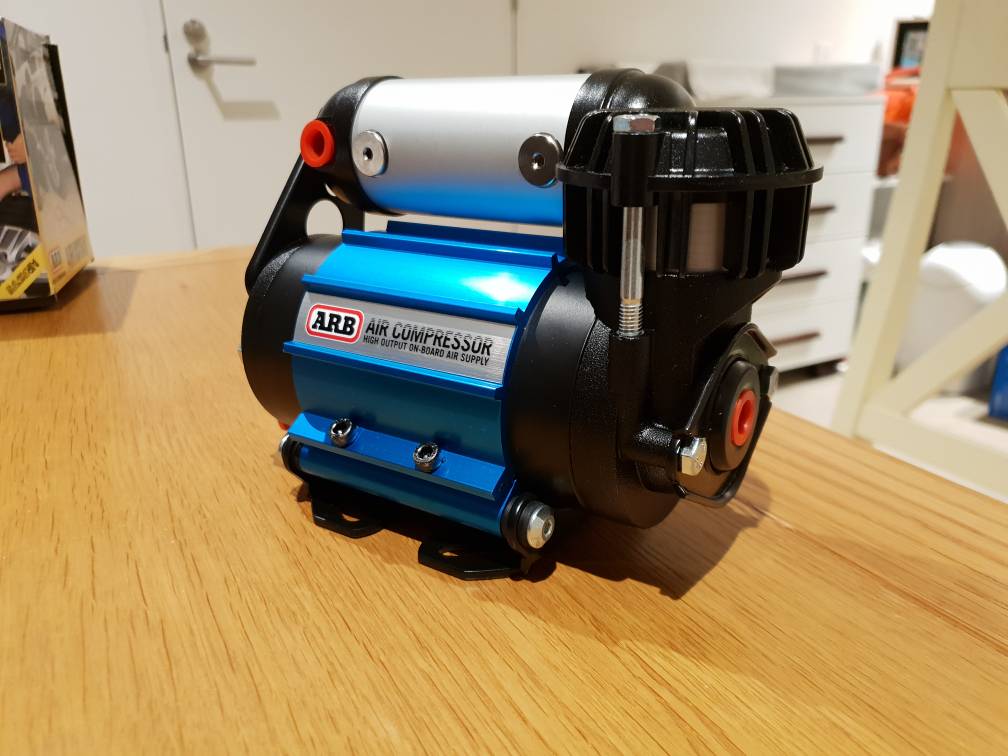 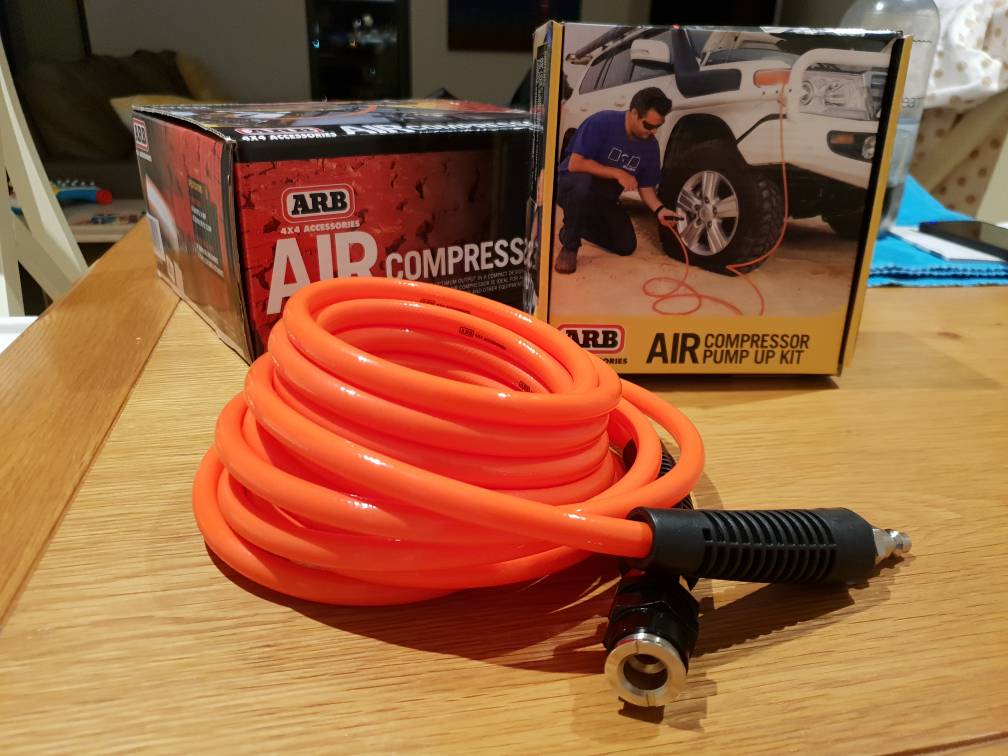 Also hoping to get these installed within the next few weeks.


Sent from my SM-G965F using Tapatalk

Great truck ! I had the opportunity to try the 2.4L with automatic transmission a year ago when I brought mine from the dealer for a warrany recall, it was a pleasure to drive it.
Can I ask you a question ? Where are you bought the extended diff breathers ?

I bought the breather kit from Ebay. It's a generic kit and looks something like this :

I then bought some corrugated conduit and put that around the air lines to protect them.

Because the Hilux's breathers are hard to get to at their origin (e.g. top of the gearbox) I've been extending the factory lines. To date I've done this by some plastic joiners but I've never been happy with the quality of install or realistic longevity.

Tonight I bought the proper solution, brass barbs with the push fittings on the end. I'll be able to finish my install. 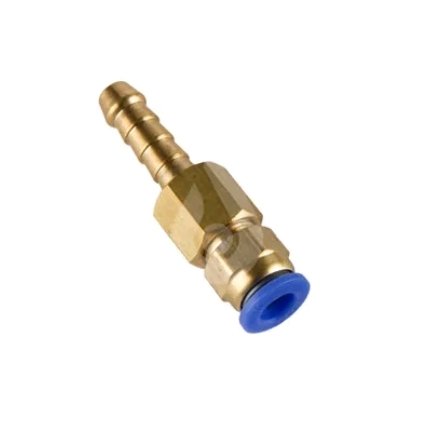 I don't think we get the 2.4 in Australia - good motor? I think the 2.8 will need to be chipped once I'm done building the rig.

Thank you ! Extending the factory lines it' a very good idea !

Unfortunately I used the 2.4 only for a few kilometres, but the first impression it's very positive, I can't comparate it with the "old" 3.0 1KD-FTV of my Hilux because I have the manual transmission, but it seems that it goes equally well.
K

I really wish we had the Hilux and Fortuners in North America.. Especially the Diesels. Such great vehicles

Long Way Down: An Epic Journey by Motorcycle from Scotlan...
by Ewan McGregor, Charley Boorman
From $7.95

Simo_4x4 said:
And for me would be a dream have Tacoma and 4Runner here in Europe
Click to expand...

Boy would I love a Tacoma too! They're too big for aussie carparks though.