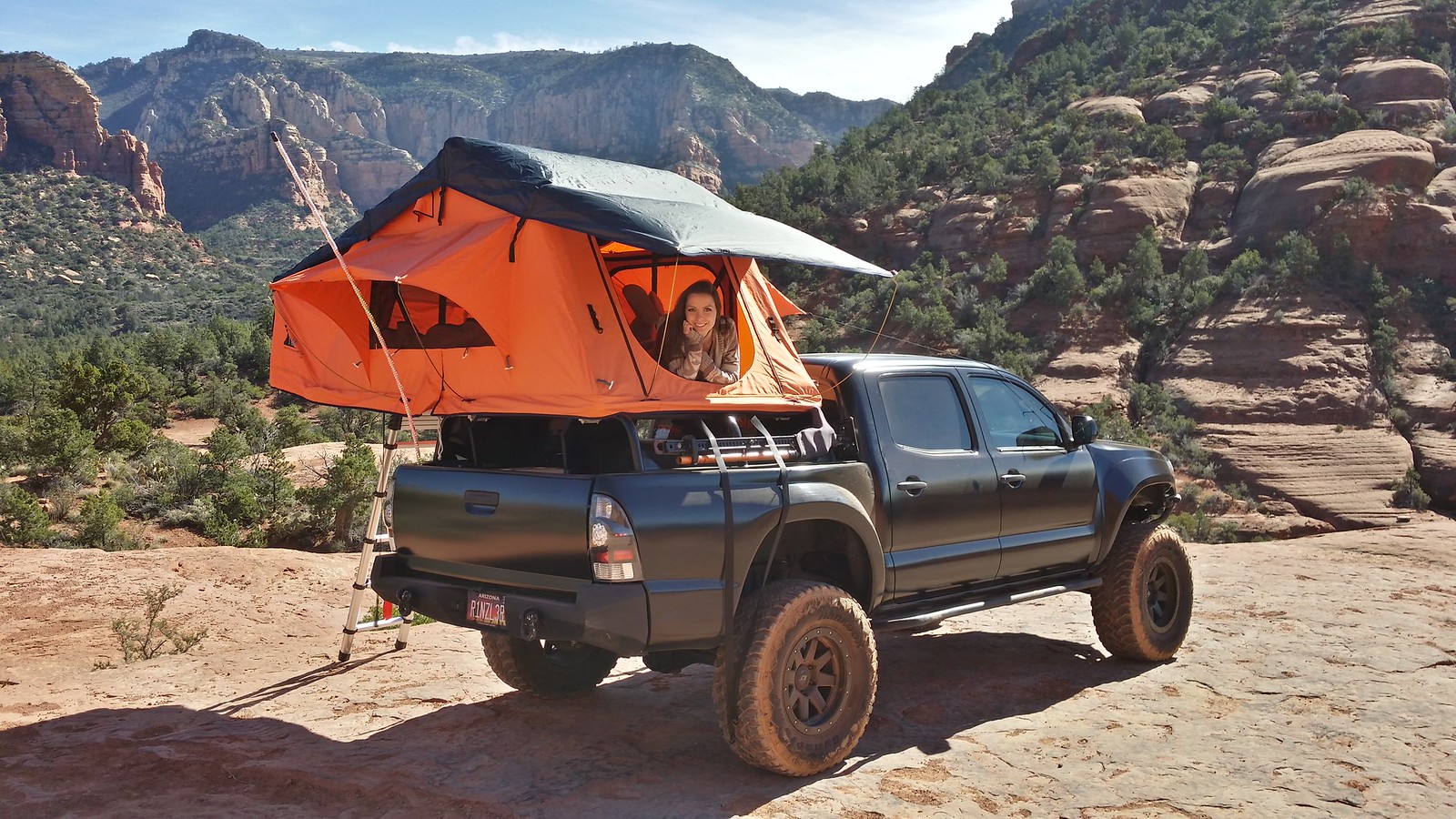 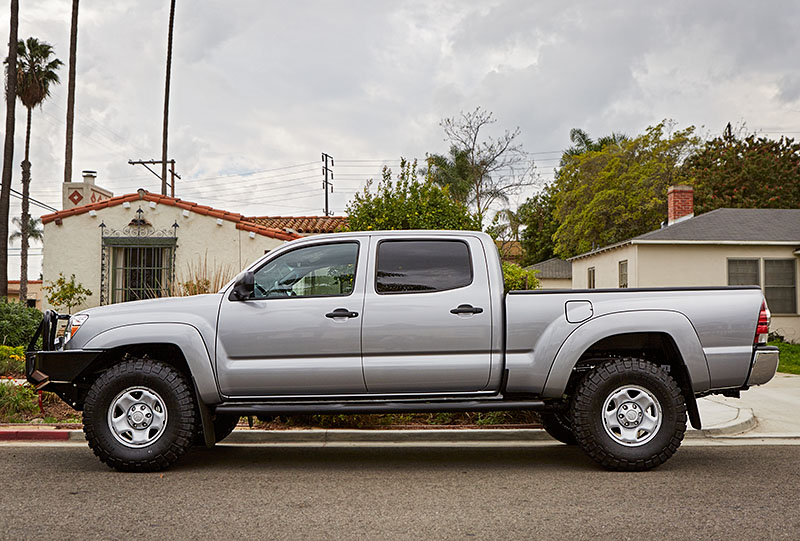 I've had the vehicle since new so naturally, it's gone through some changes over the years. In the picture above, I am running a 1.5" Cornfed spacer lift up front to clear the 32" Terra Grapplers, and Downey Silver coils which are a little taller then the factory 99 rear coils in order to clear the slightly larger tires with factory bumpers. The Bilstein HD yellow shocks worked well and were firm but for the type of driving I was doing, they worked well.

After remaining largely stock for a number of years, I thought I would make some tasteful mods:

I added plate bumpers front and rear along with a swing out tire carrier, added sliders, lights, and a Bajarack- total mileage hit with all the extra weight? About 2mpg(!)

With all the additional weight, I had to replace the factory 99 front coil and spacer lift to something more substantial. In went OME 881 front coils which are a 590lb/in and out went the cornfed spacer. The added front weight even without the winch caused the front end to have a tendency to understeer. In the rear, I initially went with Toytech's Superflex coils which did give the necessary 3" or so of weight but after adding the RTT and other items in the rear, they were no longer adequate and sagging under load. Out they went and in went OME 851 rear heavy duty coils which is a Landcruiser application. So far, these coils are the best I have found give the weight I am carrying. Unless you have a plate bumper and swing away, and lots of heavy stuff in the back of our vehicle- (I have a dual batteries, a speaker box, and a refrigerator) the 851 will probably be too much- (4.5" or more)

After getting turned on to expedition portal, I started researching RTTs, and thought the James Baroud line would suit me best. At about the same time, I also had the vehicle repainted in the same factory color and added a Rhino Rack awning. I contemplated getting their Foxwing for a while but the high cost didn't seem to be worth it.

I also modified a trailer platform to carry my items which I would be taking along with me for a 6,000mi roadtrip to AZ and return through Utah, Colorado, and circle back to Florida. I used a CBI dual jerry can holder mounted sideways to hold my Scepter fuel containers. Also attached is a bulk propane cylinder for the propane powered items I would be taking on the trip.

Next mod was an ARB locker for the front- the rear already had a locker so naturally, I opted to get a locker for the front. Not shown are the heavy duty Lotus axles which were also installed as the factory CVs had about 195k on them along with torn inner boots. Not sure if heavier duty CV axles are mandatory with a front locker but given the possibility that I might not have an opportunity to swap them out etc, I thought the added cost was appropriate.

. This setup is new to the Icon line and so far seems promising. It's their new CDC or compression dampening control setup. There is a rotary knob at the end of the reservoir which allows the dampening to be adjusted from soft to firm in 10 clicks. The coils are rated at 650lbs and are currently dialed in to a little under 2" of lift with my vehicle weight.

Also, installed was a front diff drop which consists of 2 machined spacers which lower the front differential relative the frame to help relieve CV joint angles resulting from a front lift. Not sure how much of a difference it will make but if it's inexpensive and helps CVs last longer, why not. At this time, I also installed a set of rear sway bar extension brackets and a parking brake cable bracket. The sway bar brackets raise the rear sway bar about an inch- another option is to install longer sway bar links and leave the sway bar in the factory location. The parking brake extension bracket relieves some of the tension in the parking brake cable due to a rear lift.

**Jun16
Completed Tundra brake swap. Went with new OEM 2005 Tundra rotors and 13WL calipers and replaced the flexible brake lines up front. Aside from the fact that I had over 210K miles on the rotors (never turned), it was time for brake job and was looking to upgrade. Prior to upgrading, I would only get a couple of panic stops before the brakes would start to fade. During the 10 hard stops I performed to bed in the pads/rotors, I did not observe any drastic decrease in braking performance. Considering my vehicle is about 5700lbs fully loaded for camping, the added peace of mind is well worth the cost of new OEM components.

Overland: A Mercedes-Benz Journey Through the Americas
by ri M. Stroh
From $19.36From CAD$31.19

Here is a link to my build

Build thread over on TW Sent from my iPad using Tapatalk

Jupiter's Travels in Camera: The photographic record of T...
by Ted Simon
From $32.23

Long Way Down: An Epic Journey by Motorcycle from Scotlan...
by Ewan McGregor, Charley Boorman
From $39.94From CAD$24.65

First Overland: London-Singapore by Land Rover
by Tim Slessor
From $15From CAD$22.5