Two central African cities stand out... Brazzaville and Kinshasa. Both steeped in history and both notorious for the border crossing which involves a ferry...

In my latest blog post on Overland Live, I highlight a few stories from various overlanders. This overland route has gained popularity after Angola stopped issuing multiple entry visas (for Cabinda & Angola mainland).

I liked this photo from Peter Townsend in 1957: 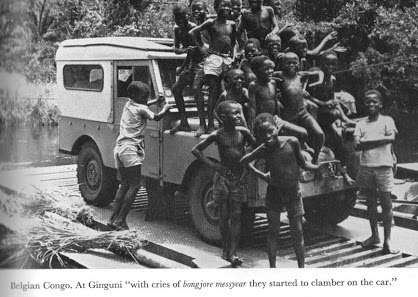