After spending my youth tearing around back roads and race tracks, and in more recent history building a business out of putting together/racing Subaru's in RallyX I decided it was time to try a new kind of adventure! That story really begins with me uprooting my then girlfriend, and now wife from her home in Burbank to live on a 36ft boat with me. I'll spare you that bit for now though and get to the truck.

A year into life on our floating domicile, I found myself still pining for adventure of the four wheeled variety. My wife and I were camping out of a XV crosstrek, which proved to be a VERY capable vehicle in its own right. One evening after getting it buried to the door sills in mud though, I started plotting out the ways I could make it even more capable off-road. Ultimately, I decided going with something a bit more conventional might be the best route. Something with a frame, and something that I could more easily install locking diff's in one day should I chose. A vehicle that would be reliable, but also had good aftermarket support and would be fairly capable straight away...

It's been in our possession for about a year now, and we've been modifying it on an as needed basis for the most part. A sort of bare necessities approach to upgrades that included a Shrockworks skid plate, Bilstein 5100's with 1.5"" front lift, and 2.0" rear via shackles as well as factory sized General grabber AT2's.

Currently, my personal favorite bit of adventure kit is the James Baroud Grand Raid XXL! We are the proud second owners of this fine roof tent that was sourced right here from fellow forum member "shoredreamer." (Thanks again for that!) Here's a few pictures from our most recent camping trip with the truck right here on the California coast. Just pulled over and popped our little roof dwelling for a few nights!

The least expensive beachfront property you'll ever find in CA

So whats in store? The next thing in the pipeline is going to be a new set of wheels. Drawing from my experience in the RallyX world, when I found out BRAID was going to manufacture a beadlock wheel for the off-road community it was a no brainier! I had run a set of BRAID "Acropolis" on my WRX that survived years of punishment without a single failure. In fact, since selling the car and the wheels, I believe the new owner is still running them in the same discipline without issue!

En route are a set of BRAID Fullrace T DAKAR 16x7 et+26 with "Type B beadlock."
Ours are going to look similar to these: The only difference is the lettering will be in black. Going to keep the white/black thing going from the roof tent

While an obvious aesthetic upgrade over the factory alloys, these also add a level of functionality and security. While nothing is totally indestructible, my experience with the previous set of BRAID wheels shown them to be damn near it! On top of that, the added peace of mind of having the beadlock system when aired down will be nice! The neatest thing I think is that these can be ordered for just about any vehicle made. Any size, offset, bolt/hub pattern etc... that's out there

Really excited for these! They're on their way from Europe, and are a few weeks out still but I'll post some pics once they arrive. Going to mount the factory size Grabbers for now as they still have heaps of tread left. That just means I need to plan more trips to wear them down so I can upsize eventually

Other things to come hopefully on the near horizon:

-More under armor (all the other skid plates/sliders)
-Comms/NAV
-Hi-Lift
-Aux lights (when I figure out how I want to mount them.)

And for camping kit:

-Better supply storage/organization
-Fridge
-Secondary battery/inverter of some type. Thinking either dry cell with isolator or maybe one of those nifty "Goal Zero" units I've seen.


That, of course is the "short list" lol. Long term could be a different story, but going to try and keep the truck matching our current/near future adventure level and needs. And, as always, budget. Life has a bad habit of diverting funds to other more pressing things... (did I mentioned I live on a boat ).

I had some Braid wheels on a rally car. They are stout!

Agreed! I had many an encounter with rocks and ruts at speed with them and came out unscathed. I think they'll hold up nice out on the trail!

Dude you are KILLING me. I always love the Braids when I go to Rally America events and didn't really think about getting them for the Xterra until I saw them on OK4WD's JKU and Tacoma at Expo East. I do love my Nismo TE37x's though so it'll be okay. Really looking forward to seeing these on your rig!

07BlackSpecV said:
Dude you are KILLING me. I always love the Braids when I go to Rally America events and didn't really think about getting them for the Xterra until I saw them on OK4WD's JKU and Tacoma at Expo East. I do love my Nismo TE37x's though so it'll be okay. Really looking forward to seeing these on your rig!
Click to expand...

Lol. Yeah, I'm hoping this build will maybe help get the word out that these can be had for all sorts of vehicles, not just rally cars!

After my experience with them on the WRX and other projects when I found out they had a off-road specific linep I knew they were going to be a must!

I want to make it to one, if not both of the Expos this year, so if your there your welcome to check them out. Would love to check out your rig as well!

Thanks! Same here! I think they'll be a nice functional and aesthetic upgrade!

Sent from my SM-G935V using Tapatalk

Those great, fairly customizable it looks like to suit the Xterra and Frontier, based on offset and bolt pattern?

colodak said:
Those great, fairly customizable it looks like to suit the Xterra and Frontier, based on offset and bolt pattern?
Click to expand...

These particular wheels were ordered in almost the same spec as the oem wheels with the exception of the offset being a smidge lower. So they would likely fit a Frontier as well without trouble.

That's the beauty of it though. You can get these ordered in basically any size, offset, bolt pattern, hub bore etc...that you want. You can even get them dual drilled if you wanted to fit more than one bolt pattern!

I'm thinking maybe I'll put a thread about these in the general section too. These really could be a great option for the expo portal communities diverse range of vehicles.

Sent from my SM-G935V using Tapatalk
B

I'm scared to ask what they cost.

broncobowsher said:
I'm scared to ask what they cost.
Click to expand...

Not as much as you might think! These come out to be $427 a wheel in 16x7 beadlock B white. Which, for what your getting is pretty great I think.

Wheels have arrived stateside! They'll soon be on the last leg of their journey here to California and their new home on the Xterra! 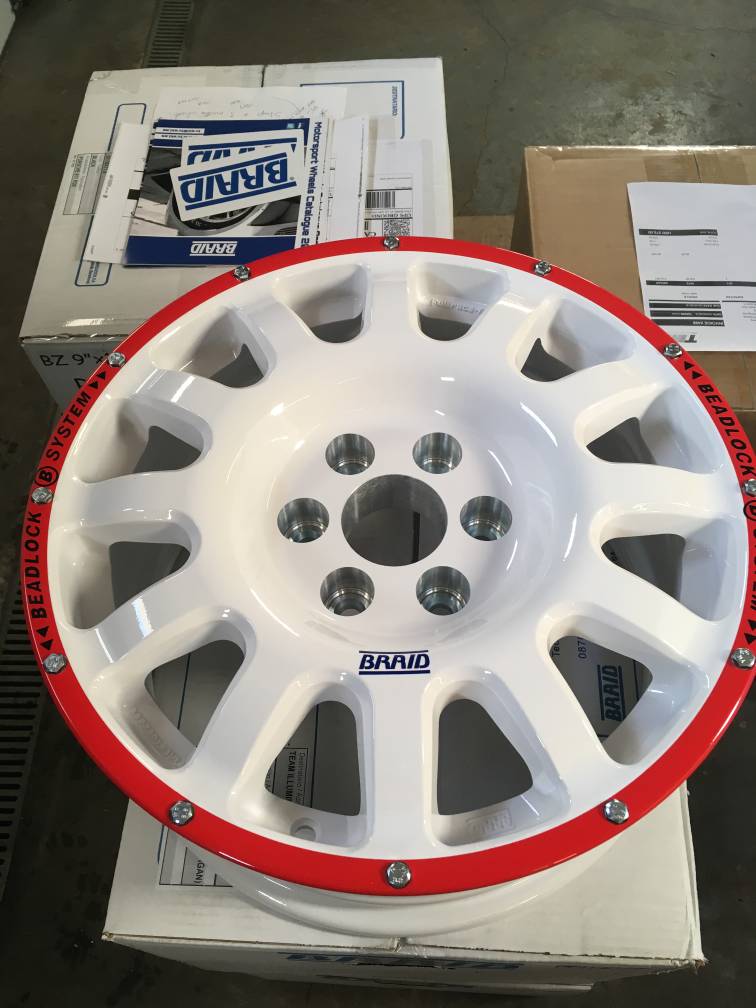 Sent from my P00I using Tapatalk

We're planning a quick trip to Big Sur this weekend so I've been busy with lots of little odds and ends. Stay tuned for updates! You guys can also follow along on instagram/Facebook. Be sure to check out #braidxterra

Sent from my P00I using Tapatalk

Riding High: The Stories that Jupiter's Travels Didn't Tell
by Ted Simon
From $19.95From CAD$31.3

Sub'd to your Instagram. Will look forward to watching your progress.

"Cool news" for the #braidxterra! We just ordered up a brand spanking new fridge! We purchased the " Indel B TB41 A" from www.truckfridge.com in Kentucky. Fingers crossed that it will arrive in time for our trip. But with 4 day shipping, if it does it will be VERY close! (cue suspenseful music).

One of the things I absolutely HATE is lugging around a bunch of ice (that includes dry ice.) And if you plan on bringing any "real" food along with you there's not lots of options. And if your living out of your vehicles in the middle of nowhere for more than a few days, "real" food is REALLY nice to have.

While there are tons of great options out there, the Indel B looks to be the best bang for your buck option. If anyone is interested or "fridge shopping" yourself I'd be happy to share how we arrived at this fridge.

Super excited for no more water logged food! And of course, a cold beer at the end of any long journey will be nice! 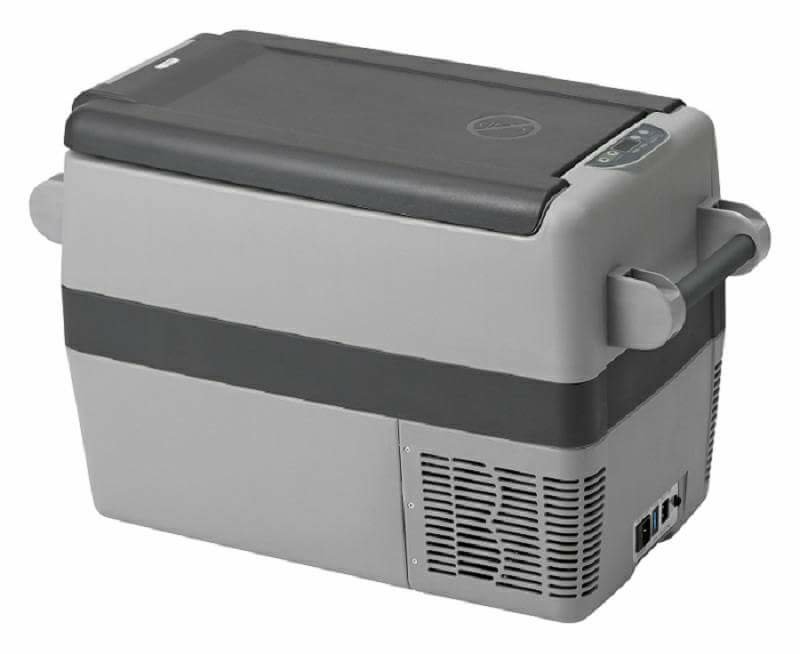 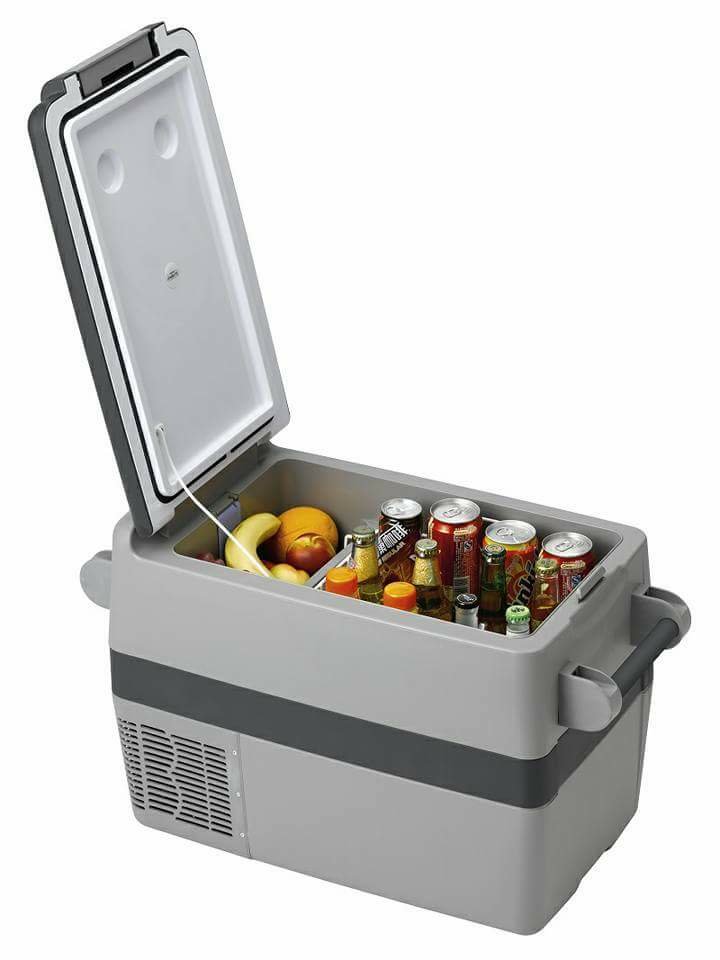