You can see why the moniker is apropos...and the kids think its funny as hell, so why not.

After far too many years of SUVs, one divorce later and I have a truck that've been wanting for some time. No frills 2014 Tundra Double Cab, originally purchased w a camper shell, but now has a slightly better camper shell. This will be a slow documentation of everything I've done to it, with some travel pics thrown in because it does get used a good bit for outdoorsy stuff.

I threw together a very rough sleeping platform system and tossed the ol' Engel in for a Spring Break trip to Big Bend w the knuckleheads. The platform served its purpose, but was not well thought out, and was soon replaced.

Prior to the trip, I installed some RCI skids, which fit perfectly.

BBNP was absolutely amazing, and we were one of only a few folks in the backcountry, so it was nice and quite and we paddled the Rio Grande and visited a Santa Elena Canyon, among other spots.

Thats all for now...more to come.

Well, with my trip to London cancelled due to COVID, I might as well work some more on this build thread!

This was the original design of the sleeping platform...I thought I was clever by having the center portion removable, with the platform high enough to fit the the Front Runner boxes, but the passage was too narrow...should have measured twice and cut once....oh well. It worked for what it was.

I installed some Yakima Tracks on the camper shell itself, and mounted my camping lab awning, which provided some much needed shade for me and my near-albino kids in the TX sun.

Finally taking a moment to add some more photos from the trip after Texas....up to our favorite area in southern UT.

We stop here for lunch on our way each time....always an easy drive from Flag, and the views to the north and south are decent.

And of course, a shot of the truck:

This was about 100 yards from the campsite, so the kids stripped to their skivvies and went swimming...hard to beat. I sat on the bank and drank a beer and read.

Then we did the dinner thing:

The next day we went to our fave ruin site:

Then explored the backcountry a bit:

For reference; this is all stock suspension and tire size...this is the flex you get. Not wonderful by any means, but still capable.

Finally, out to the main road, and on our way home.

The truck got naked for a bit....one trip down to a super secret swimming hole:

Spent the weekend installing this beast...as always, some parts had to modified, and as always, with my instruction reading, I got to redo a few things.

More pics to come after I have time to sort through, but this'll do for now.

I wanted to provide a comparison between the Flippac and Habitat.

The Hab, while similar in appearance, is a different beast entirely. The FP is not terribly well constructed and felt flimsy the times I had it out, also required a separate rainfly.

For the first actual camping trip, I headed up to CO and tested the camper out in the high mountain and rain; not a single issue w it, and had some white-knuckle fun on Ophir Pass.

And a short time-lapse of setting the camper up.

How is condensation with the habitat? I had 3 different flippacs and they were awful for condensation. It's good to see another dc Tundra. I feel like the get crapped on a lot these days but we really like ours.

Now, camped in similar areas in the Flippac and condensation was terrible. The rainfly kept the rain at bay, but with all the mositure on the inside, it was kind of a wash.

This is my first full-size truck since I had an old 79 Power Wagon, and I'm love this thing. Yeah, the gas mileage isnt wonderful, but the trade-off is worth it, and I enjoy driving it a ton.

Next was a trip to central UT for some fly fishing and general good times w my kids and some old friends. Temps were in the 90s during the day, so it was nice to have a the water to cool down in, and the camper stayed nice and ventilated at night...perfect sleeping weather.

Of course, gotta have the classics while camping.

And this was one of the lakes we hiked to get some flies wet.

Some other random trips here and there, and then I took a solo trip to Bears Ears and Natural Bridges at New Years...coldest weather I've been camping in for a long time. I had a mummy bag tucked inside another bag, full long johns and a beanie, and two nalgenes of boiling water to stay warm. The hiking was good and no one else was dumb enough to be out in it.

Finally got around to some different up grades, like this Rago Compressor mount.

Back down to our favorite swimming hole and BBJ stretched her legs a bit. Very glad to have aired down ahead of time, and even more glad to have some skid plates.

Got to paddle a bit too, and the kids caught some creek shrimp.

Now I need to buff out some scratches

I feel ya! Let me know what product you use and results please! 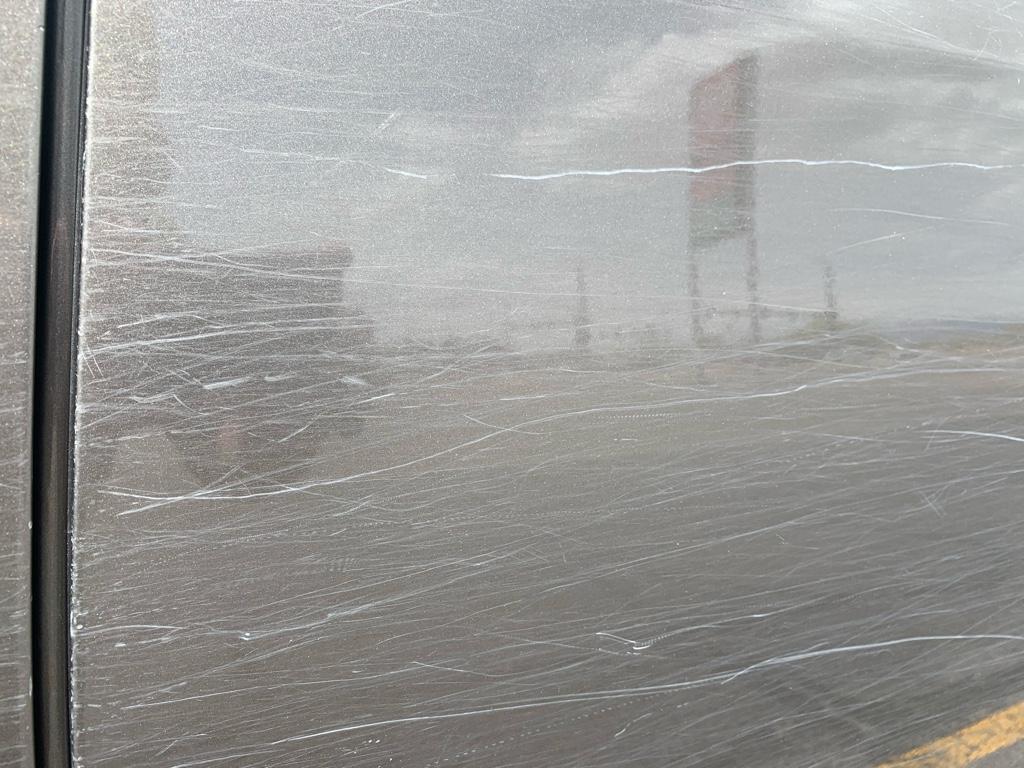