Beginner bike for a non-enthusiast

You need to tell Sheldon our bikes don't have gears, he has 2 sections about gears.

and go on and introduce yourself to Sheldon Brown. you can thank me later.

ps: front "sprocket" is a chainring.

your bike doesn't have "gears". https://en.wikipedia.org/wiki/Sprocket[/QUOTE]

Pawn shops for used bikes are the way to go. Just shop around youll find a nice deal.

4runnerteq said:
Finally. 27.5 or 29 would be fine for you. I would at least move into something with hydraulic brakes. And Id rather have a single sprocket in the front, however, that's easy enough to have changed. Or, as good as you are with your build stuff, you could probably do it yourself. I, on the other hand don't have the patience for that tedious stuff. Pretty good idea to shop used. Bikes don't hold much value very long. My $1500 Rockhopper Evo, only 2 years old, according to bicycle blue book is now only worth about $650. Yes there is a Bicycle Blue Book. Go to Pisgah with us, rent something at The Hub or Sycamore Cycles and lets go to DuPont Forest. Awesome there
Click to expand...

Yeah I was thinking how you got me in The Hub and everything, and now I'm researching bikes I'd probably know more about what I would be looking for in there. I have to brew on stuff a while before I get into it sometimes, going there got things brewing I guess. I don't think I'll make it to Pisgah this time unfortunately, already have other obligations during that week, but sounds like a good plan. Maybe I'll have a decent bike before the next time you go. I'm sure when I get a bike I'll have to check out canal loop area, might bug you show me around one day.

Bravo8Delta said:
The 29er is more forgiving, than the faster rolling 27.5, but honestly it comes down to what feels better for you. Don't get hung up on wheel size. I noticed a huge diffrence in ride quality when I went from a coil sprung shock to an air shock (Suntour XC to a Fox Float 34), and being able to lockout the front shock is awesome.

You can ride any of my bikes anytime you want, well honestly my Syncr' Pro is the only one that would fit you. Low Hollow is right in the middle of Bowling Green, and is a pretty decent 2.6 miles.

Howards had several bikes on sale when I was in there Thursday. If you get something used; I am slowly getting a collection of Park Tools and doing my own maintenance, so I can help you out there too.
Click to expand...

Thanks for the offer to try out a bike, before I go that far I'll check out Howard's if they have different sizes I can sit on. I may go today I'm not sure. Howard's was where I was referring to wanting to go, last time I was in there I liked them. I don't care for Nat's.

I'll let you know how my search goes. I was looking at low hollow, I work not to far from it, looked like somewhere I could check out. Maybe if it works out we could ride there one day, I knew you rode but didn't realize you were that active in it.

Keep in mind you can easily spend $400 on a bike carrier. I bought the cheapest one i could find for$90 off etrailer.
S

okay, I can bend a bit on the 'gear thing'. but whom among us could take umbrage with Rule #7 : http://www.velominati.com/the-rules/

I have become more active this year, and joined SW KYMBA too. They are the ones who sent me to become certified with National Park Services as a Sawyer for trail maintenance.

s.e.charles said:
okay, I can bend a bit on the 'gear thing'. but whom among us could take umbrage with Rule #7 : http://www.velominati.com/the-rules/
Click to expand...

Indeed, most of it is euro-centric roadie nonsense.

Although I do hardily approve of several items, truth be told.
Last edited: Jun 16, 2018

s.e.charles said:
okay, I can bend a bit on the 'gear thing'. but whom among us could take umbrage with Rule #7 : http://www.velominati.com/the-rules/
Click to expand...

I wear baggies, even on the road bike I bough last week, so I will have to try harded on getting them razor sharp. Lol

Bravo8Delta said:
Howards had several bikes on sale when I was in there Thursday.
Click to expand...

Well I did go to Howard's. The guy that helped me was certainly friendly enough, not saying anything bad about him, but he was not overly helpful. I basically acted like I didn't know anything (not far from the truth) and by his measure, whatever he had in stock was just great. I asked about other things, like plus size tires, and he played it down, and of course naturally he didn't have any of those in stock in my size. Whatever he had there in the store was great.....if he didn't have one, well it didn't matter, not that different. He acted like plus size tires "slow you down" when everything else I've seen says no discernible difference over narrower tires. Bottom line I don't think this guy was a mountain biker, and he did not expand my knowledge outside some comments on where my leg should be at the bottom of the pedal travel I didn't know, that was useful.

While this relationship with a shop thing probably has it's merit in some situations, I've never been one to trust people who's business is to make money off my lack of knowledge. Lets face it, if they help you in a meaningful way, you don't need them anymore. I don't see me using any shop more than absolutely necessary.

I rode in the parking lot on a XL frame on 27.5 and a Large frame on 29. I felt like the XL frame was a bit better, but the Large may have had enough seat travel to be fine as well. The bike on 29s was a much nicer bike overall with a matching price, I felt it was a little low, I probably did not have my foot on the pedal correctly, (toe hanging off to far) but my foot hit the ground when I made a circle which made me feel like it was too close to the ground on the bottom of the pedal.

The XL/ 27.5 bike I rode was a Cannondale Catalyst 2, one of the bikes mentioned by @Co-opski and I liked the price. The bikes I rode there are the nicest I've ever ridden, and realizing that it kind of brings home how it will be difficult for me to choose. Coming from someone who's only had a Wal-Mart bike, it's going to be hard for me to judge one from another when they are all so much better that what I've known.

I must admit I am tempted to just get that Catalyst 2, hit the trail, and learn from there. Not like I'm going to be thrashing it to death out the gate, I'm not in good enough shape to ride it very hard. With the amount of options, opinions, and preferences, I could easily spend another year thinking about it and not riding. Of course all the while I still won't have any real feeling for what makes one bike better than other, never having ridden any to feel a difference.

Just do it. You can have my old Yakima hitch rack if you want. I just bought a used KUAT. Ive had the Yakima for 15 years and it was given to me. Have to replace the hold down straps about once every year but they are cheap.
R

Airmapper said:
With the amount of options, opinions, and preferences, I could easily spend another year thinking about it and not riding.
Click to expand...

So true. Used bikes would make most sense for your budget, but it would be hard for you to evaluate a used bike.

A couple things to consider, IMO: The suspension forks on cheap bikes are awful. Better to have a rigid fork. And for a guy your size, 29er. 27.5+ wheels and tires will usually fit, in fact some manufacturers offer a choice on the same frame. And normal road/gravel/cyclocross 700c tires will fit on a 29er rim (same size); very versatile.

4runnerteq said:
Just do it. You can have my old Yakima hitch rack if you want. I just bought a used KUAT. Ive had the Yakima for 15 years and it was given to me. Have to replace the hold down straps about once every year but they are cheap.
Click to expand...

Wow, thanks. I might take you up on that. I actually put in an order for a probably low quality one today, so I'd at least be able to take one home if I got one. I tried to cancel it. If I do get that bike this week, I think if I drop the back seats in the runner it might slide in there.


rruff said:
A couple things to consider, IMO: The suspension forks on cheap bikes are awful. Better to have a rigid fork. And for a guy your size, 29er. 27.5+ wheels and tires will usually fit, in fact some manufacturers offer a choice on the same frame. And normal road/gravel/cyclocross 700c tires will fit on a 29er rim (same size); very versatile.
Click to expand...

You are probably right, if I jump on this one I'll probably regret it in one way or another. But hey, I've got 2 Kayaks due to getting a better fit for my use. In time I bet if a used one comes along I'll know what to look for and the options I want. 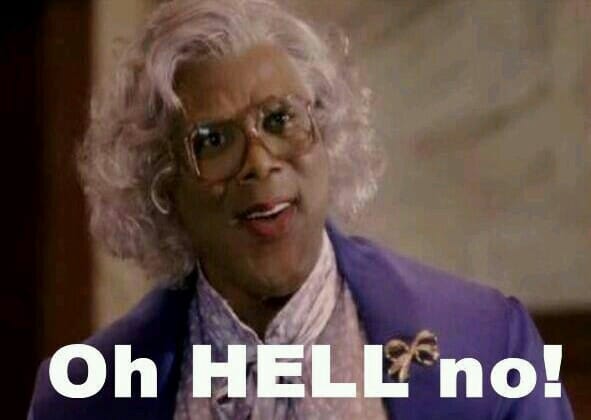 Airmapper said:
...probably did not have my foot on the pedal correctly, (toe hanging off to far) but my foot hit the ground when I made a circle ...
Click to expand...

it's hard to actualize at parking lot speeds & radii, but when turning you usually want to stop pedaling for a nano second and put your feet at 12:00 & 6:00 o'clock, with the 12:00 on the foot inside the turn. with your feet positioned correctly over the pedal quill, gentle weight shift to your 6:00 / outside foot, helps the tires dig in. like most analysis, it sounds more complicated than in practice. it becomes intuitive.

"toe overlap" - when the front tire hits your foot when turning, is something to consider, but in practice doesn't seem to be that burdensome or frequent.

I think your take on the LBS is spot on. I like mine, and the staff, immensely, but 15 minutes twice a season is plenty. stories abound, but being a bike shop employee (either mechanic or sales associate) is a special type of purgatory.

if there are mountain bike events within reasonable distance it might behoove you to go and observe. there might be less than professional (read: basement or garage) dealers that could hook you up with a bike and or some further knowledge.