With panels drying and now being unexpectedly out of glue I turned to mounting the frame for cabover section. Didn’t get ver many pics of this process as it was a precarious one with lots of wet glue and floppy parts. I’ll try and snag some better shots before I mount the other panels...hopefully tomorrow. 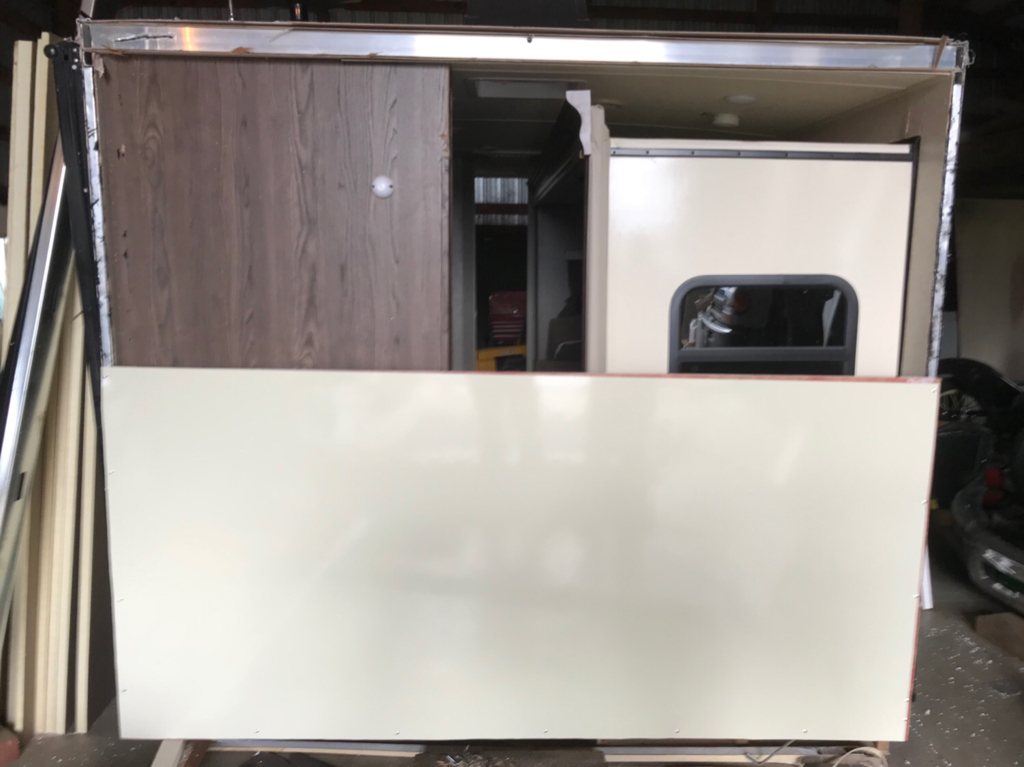 Both side frames on and clamped up: 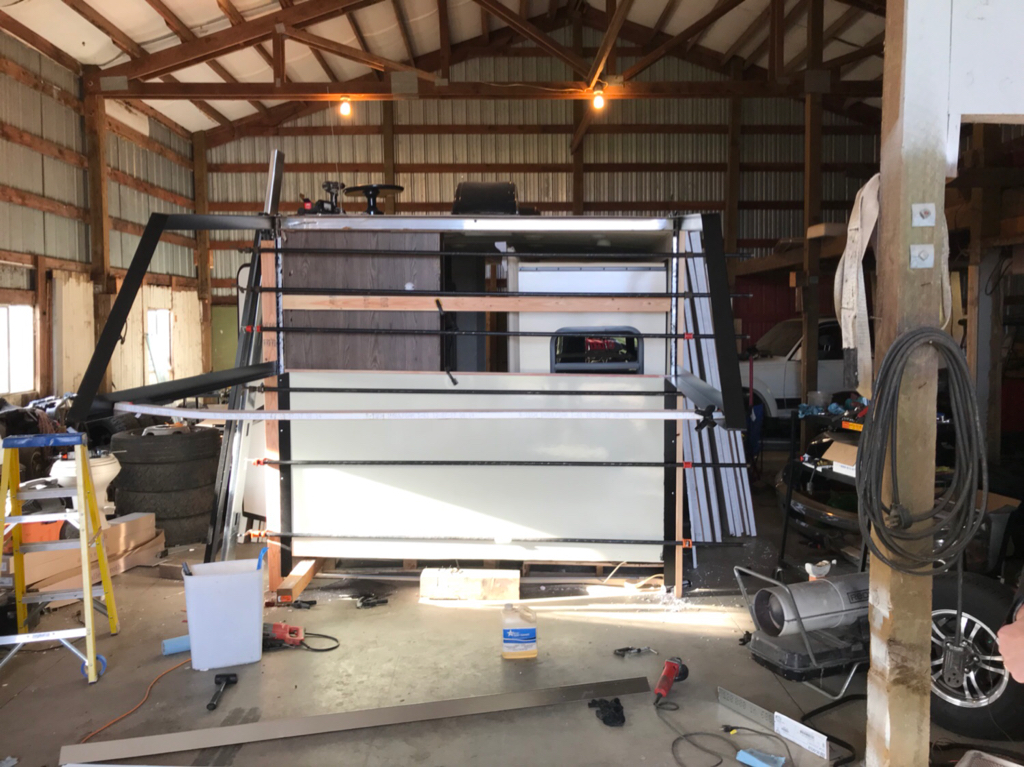 More panels went on today. Lots of clamping but fun to see it taking shape. Hard to get good pics as it’s kind of in an awkward spot in the barn.

Heating the sika 252 sure makes it go on easier. I just lined the tubes up in front of a space heater. 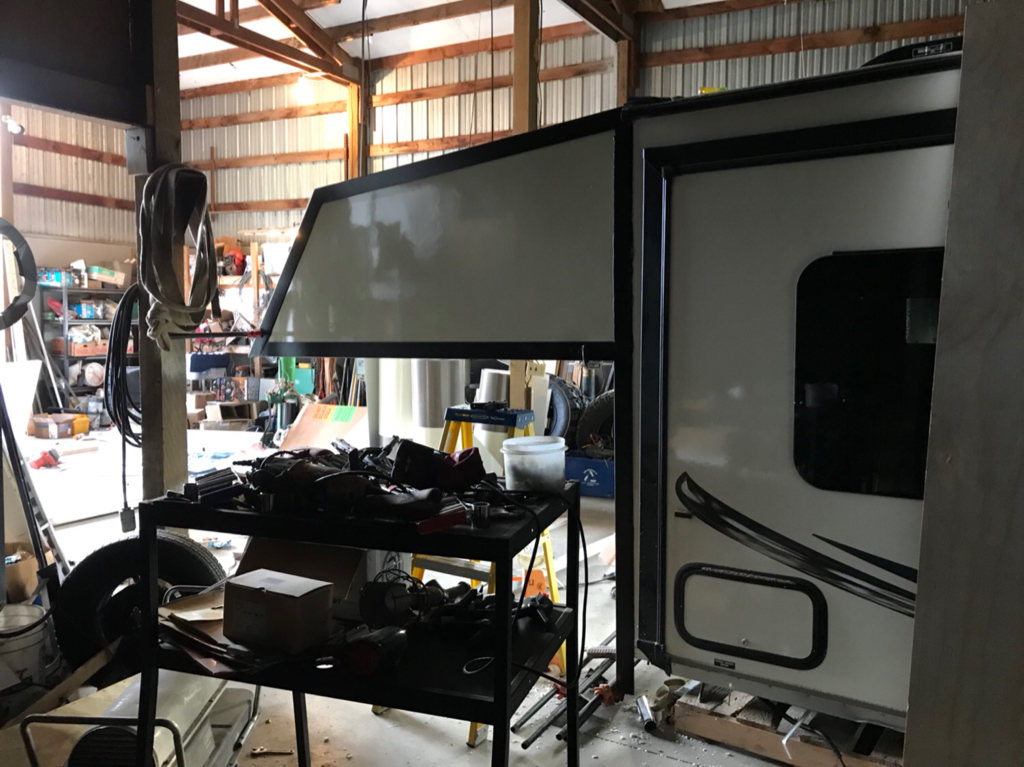 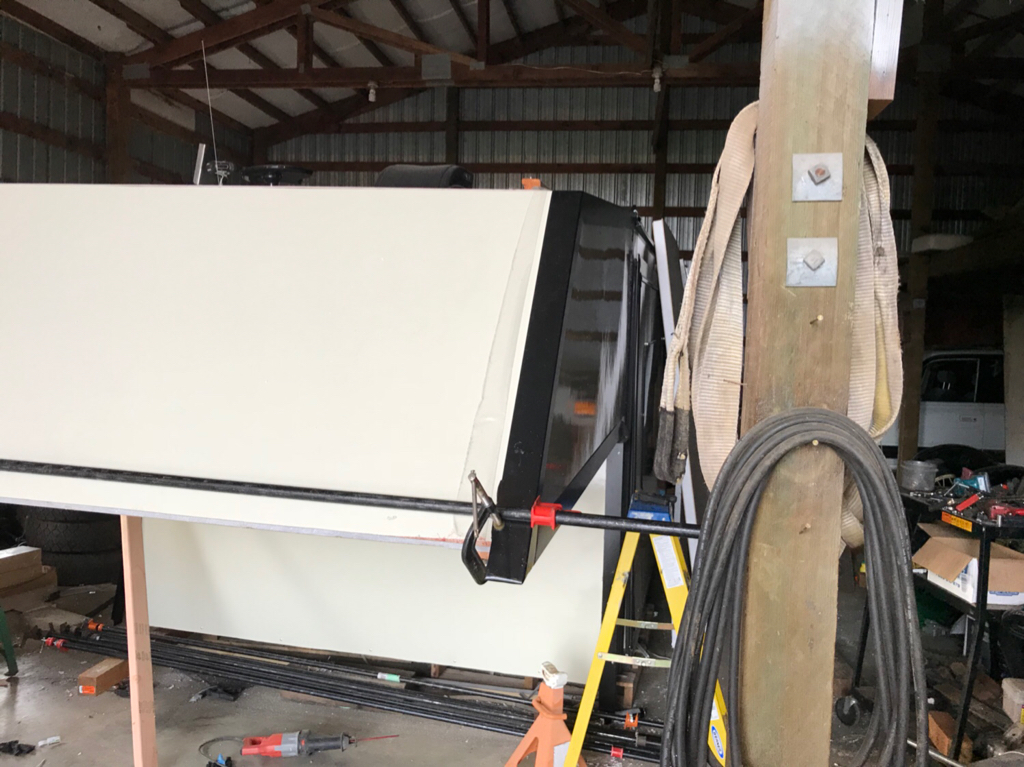 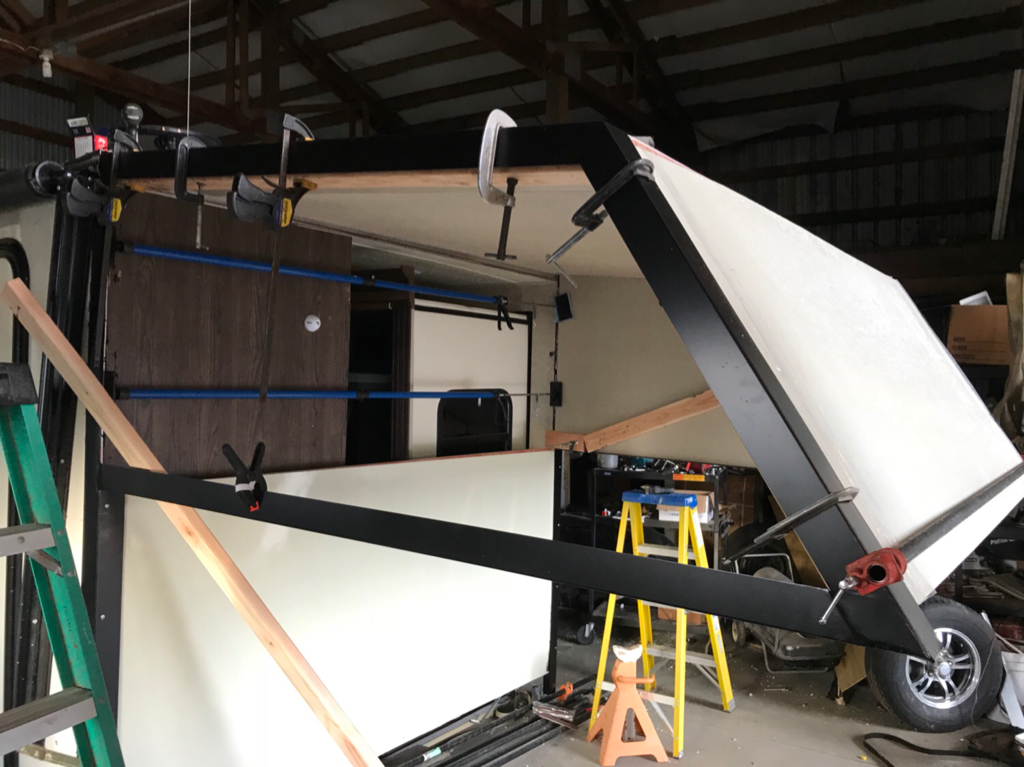 So I’m hoping to make lots of progress in the next couple weeks. Today I worked on the camper mounts. I decided that I didn’t want to do a three point but I also don’t want to destroy the camper with frame flex. Looking around the inter webs I found these subframe mounts from a late 90’s GM car. 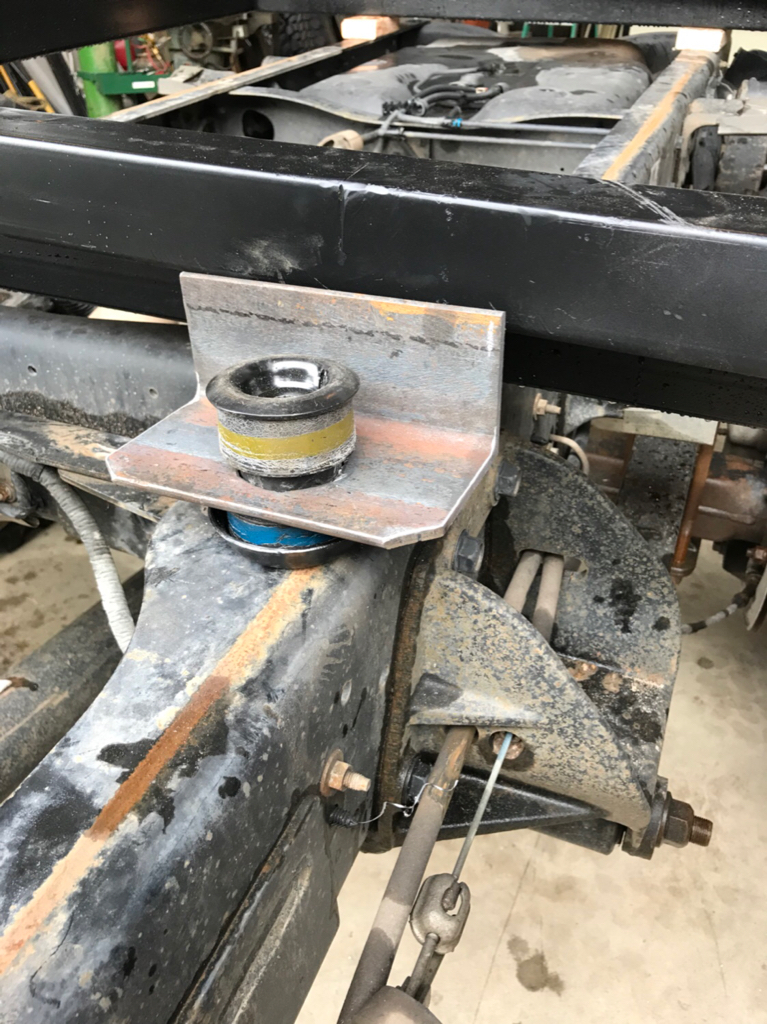 I’m going to mount the camper on five of these...one at each end of the leaf spring on both sides (4 total) and one not bolted and just a bumper in the middle against the back of the cab. To mount the front ones I drilled out one of the frame crossmember rivets. Before anyone freaks out I read the ram body builders guide which says this is kosher. 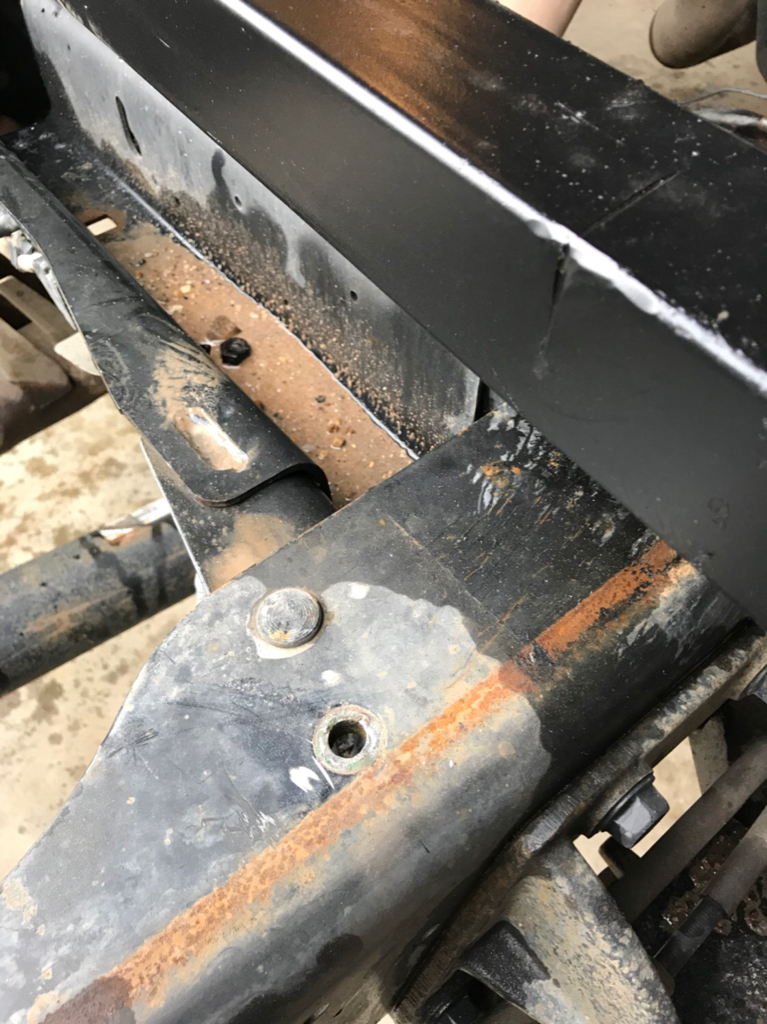 I then cut up some heavy angle iron to use as brackets on the camper crossmembers. With these installed I took it back out to the ramp to test frame twist. 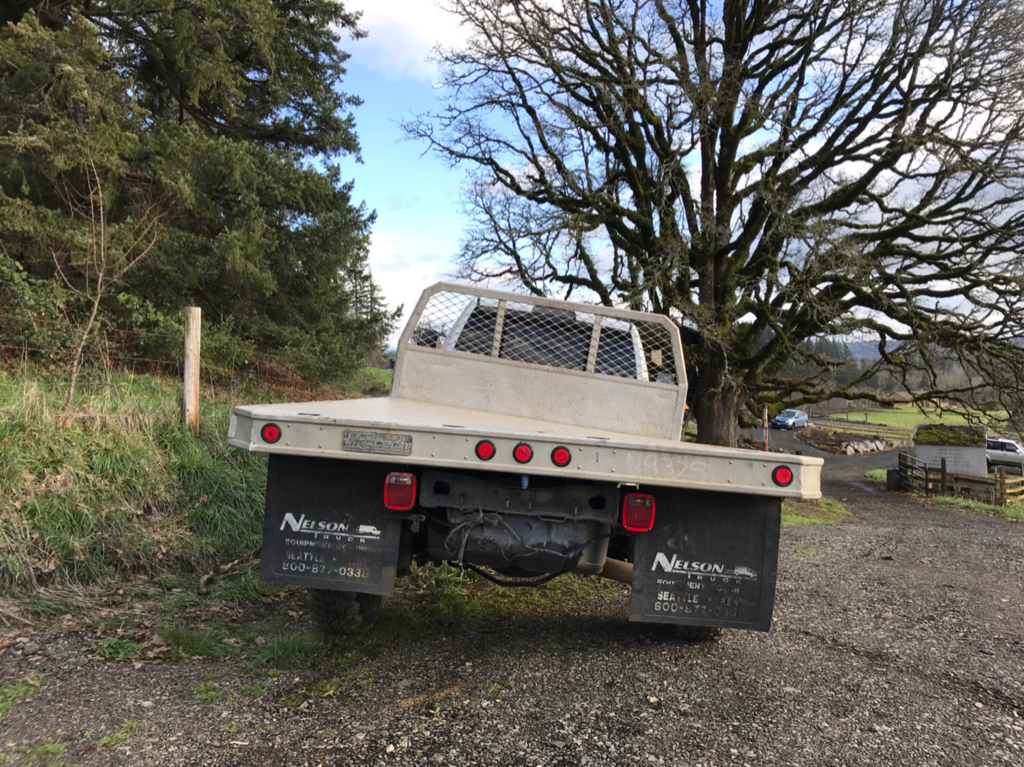 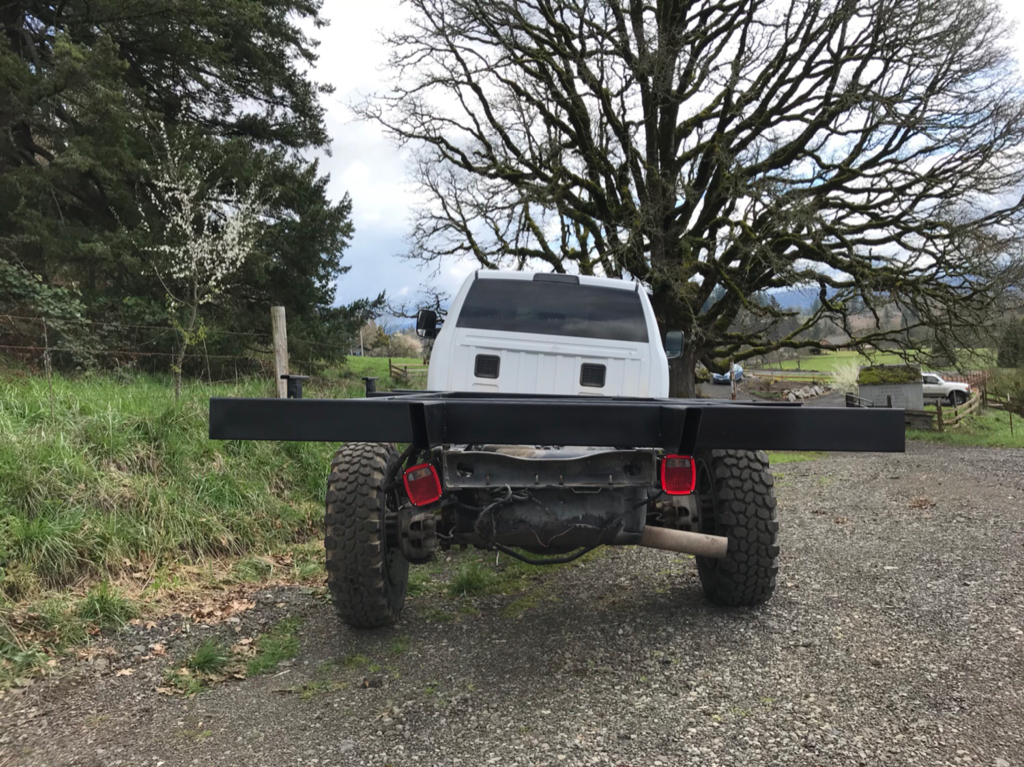 You can see the rubber doing its job here: 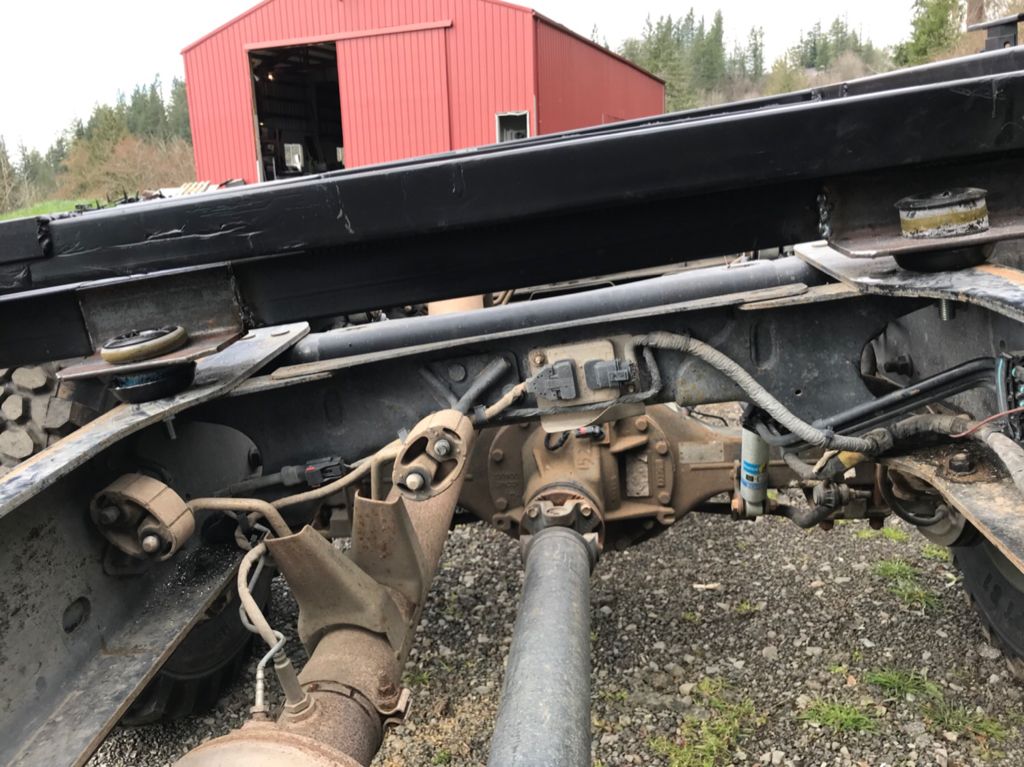 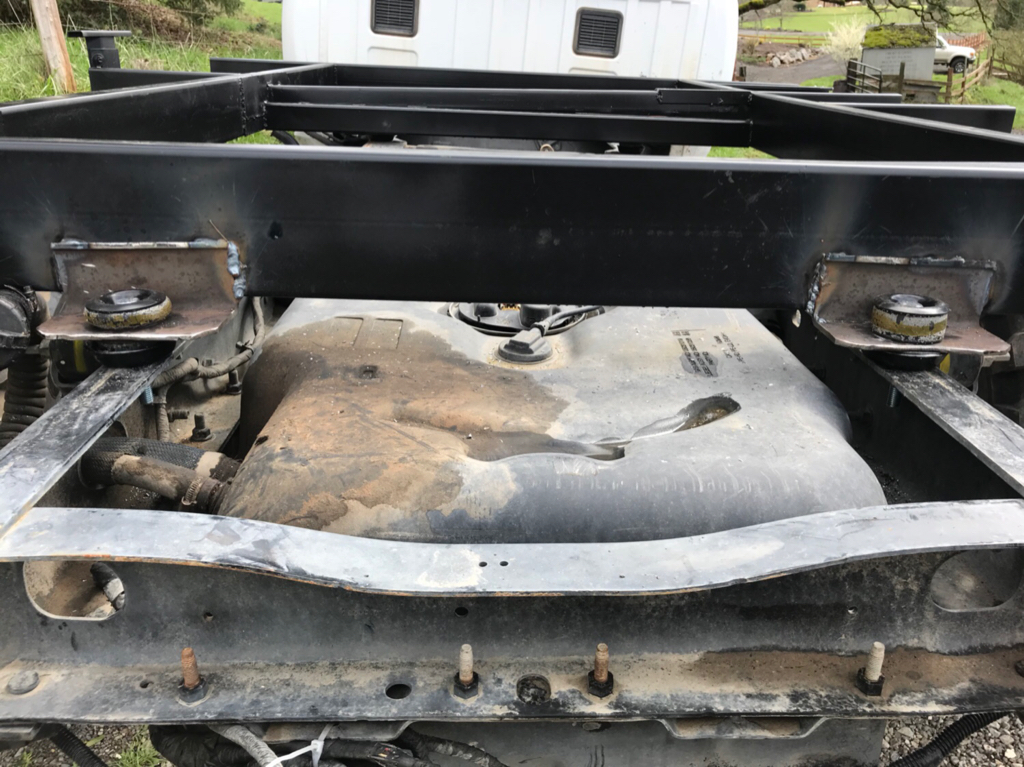 I’m pleased with the results. With the mounts right at the spring hangers I think that the frame stress should be minimal.

I ended up the day by getting the fresh (37 gal) and gray water (30 gal) tanks mounted. I know the gray water tank location isn’t ideal, but without changing the camper layout a ton it kinda needs to be there. I also hope to rarely travel with it full. 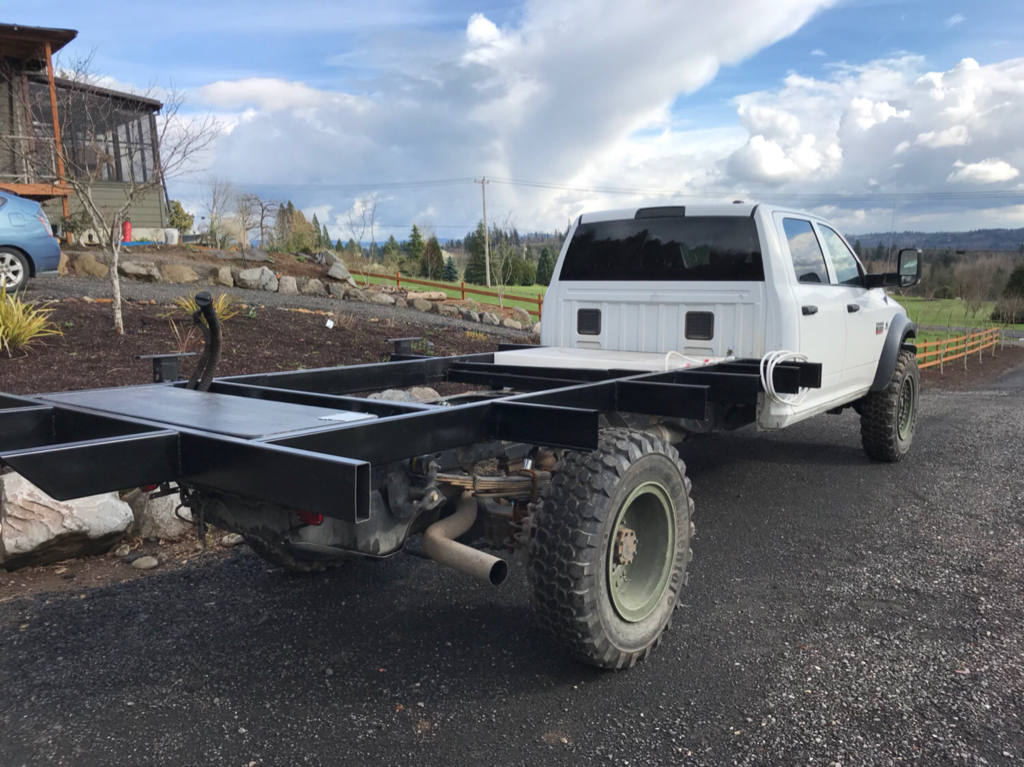 Today I turned my attention to getting as much done on the truck frame as I can before putting the camper on. I installed some firestone airbags that replaced the bump stops and have an internal bump in them. 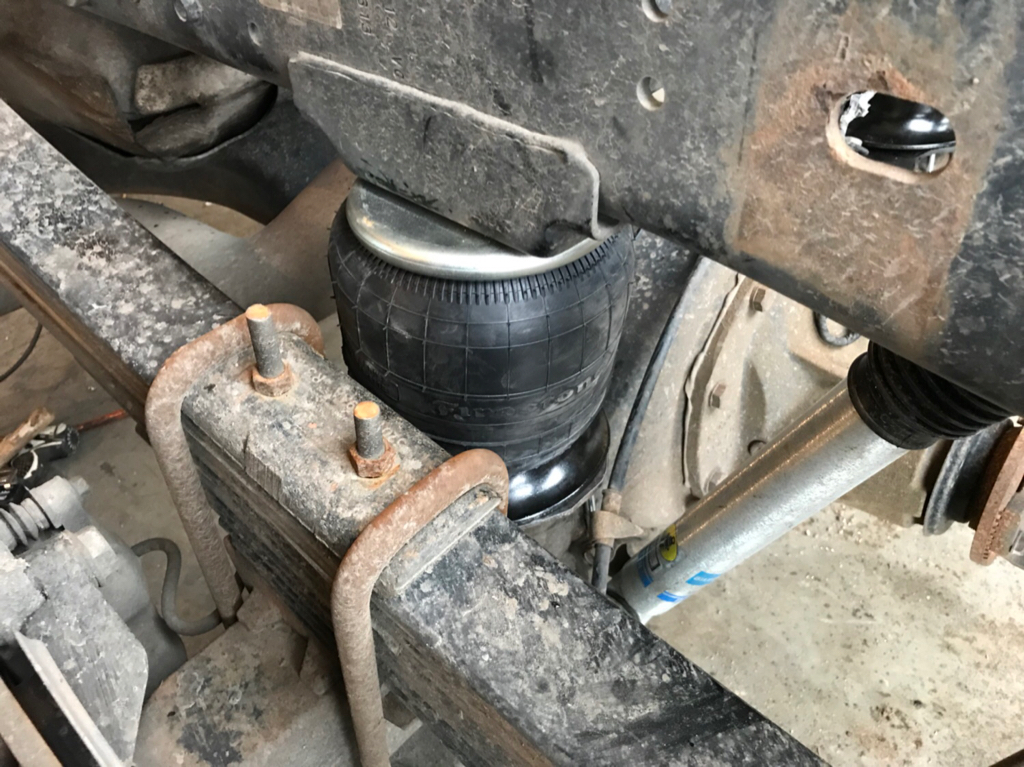 Now I’m trying to decide how to mount my front undermount storage boxes. I’d like them to be mounted separate from the camper so they can stay on when the camper comes off. I also want them to be close to flush with the camper side walls...so they are cantilevered quite a ways off the frame. I’ll have to do some thinking on these.
S

Nice job on using subframe mounts. Definitely quick and easy. I might copy that idea from you on my Loadstar camper.
L

This thread is awesome!! What a score on the wrecked camper. Can't want to see updates.
L 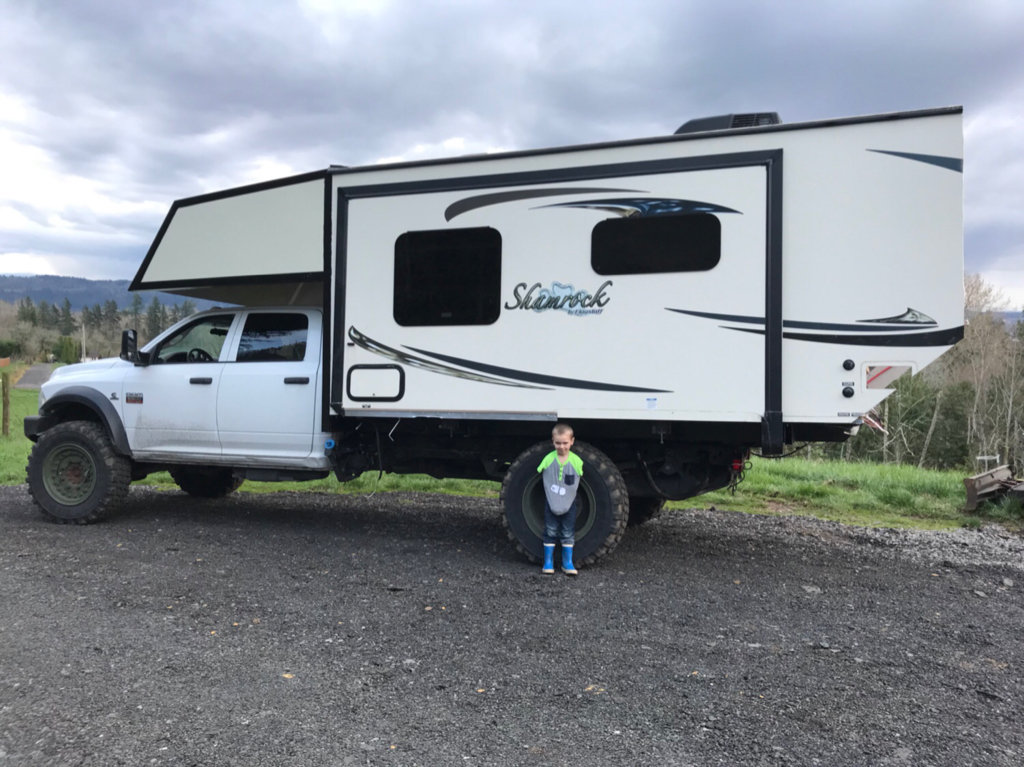 I think I have abandoned all hope of popping this off and on at camp sites . It’s big. It’s heavy. And it’s way up there. Maybe I’ll sleep on it a few days...but wow that was stressful . 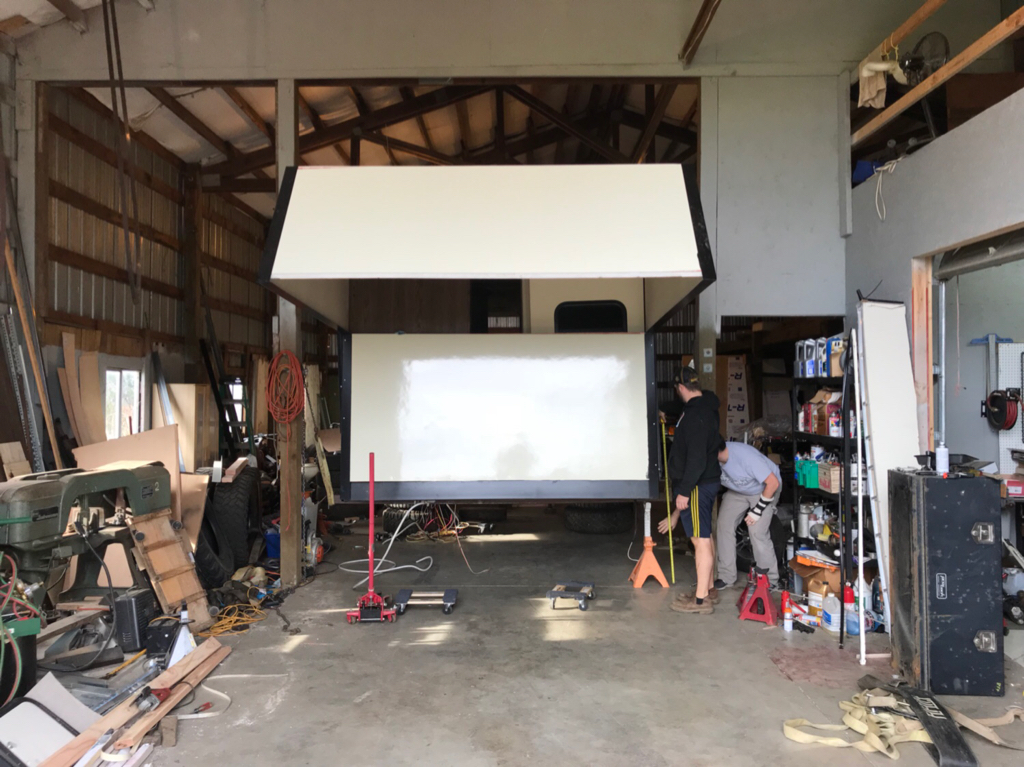 We rigged it to two posts in the barn with a spreader beam going under it. Then a come along on each side. In the back we used jacks and stacked tires on rims as cribbing Incase anything went sideways. Everything went fine...just the longest hour I remember in a while. 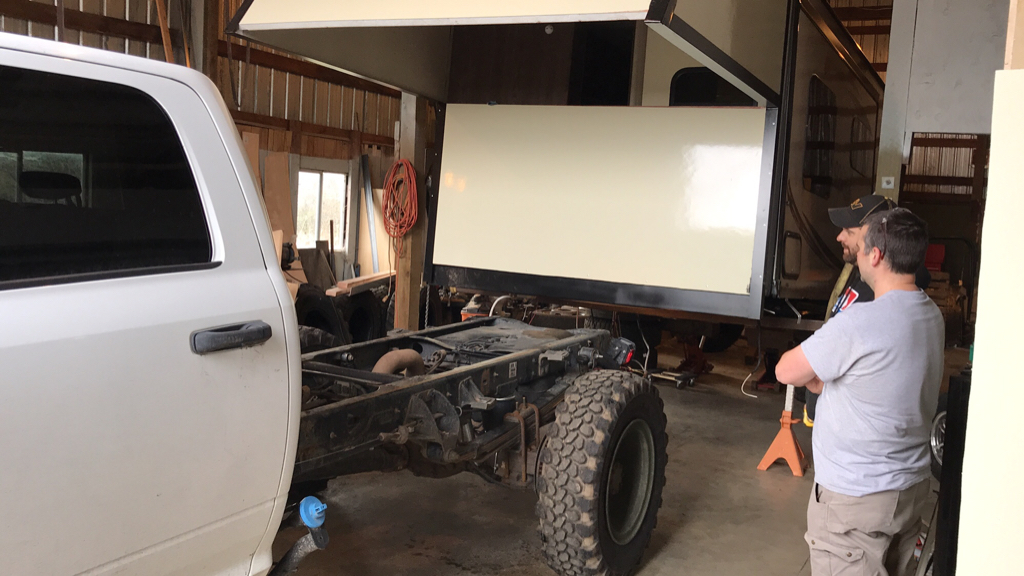 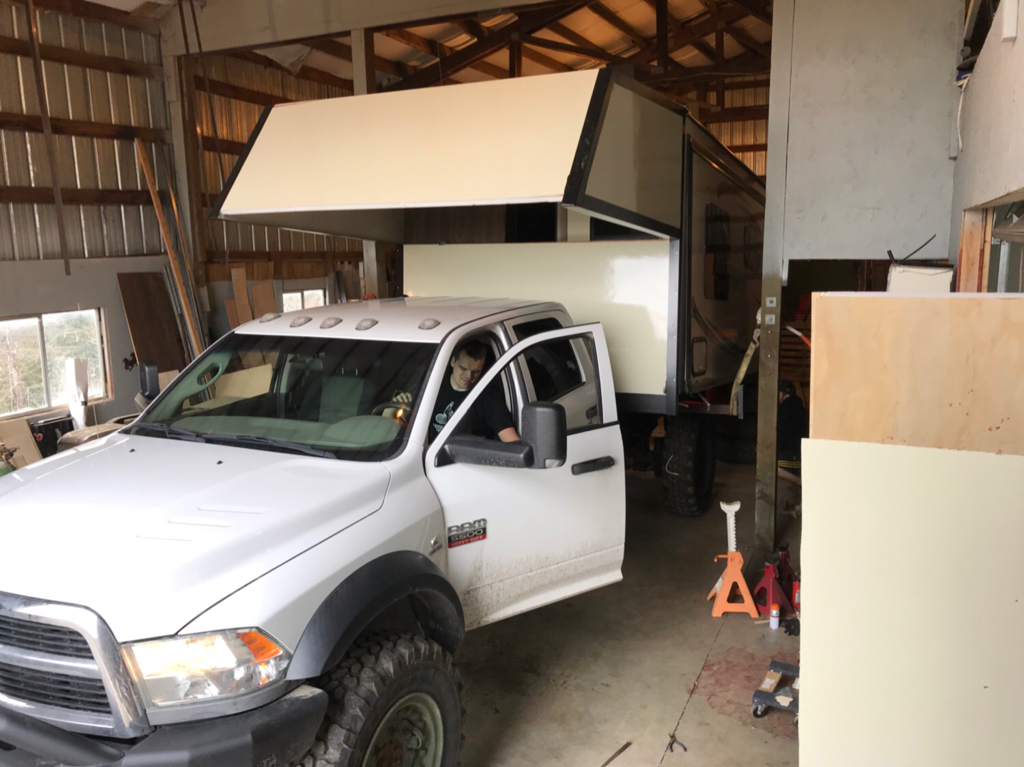 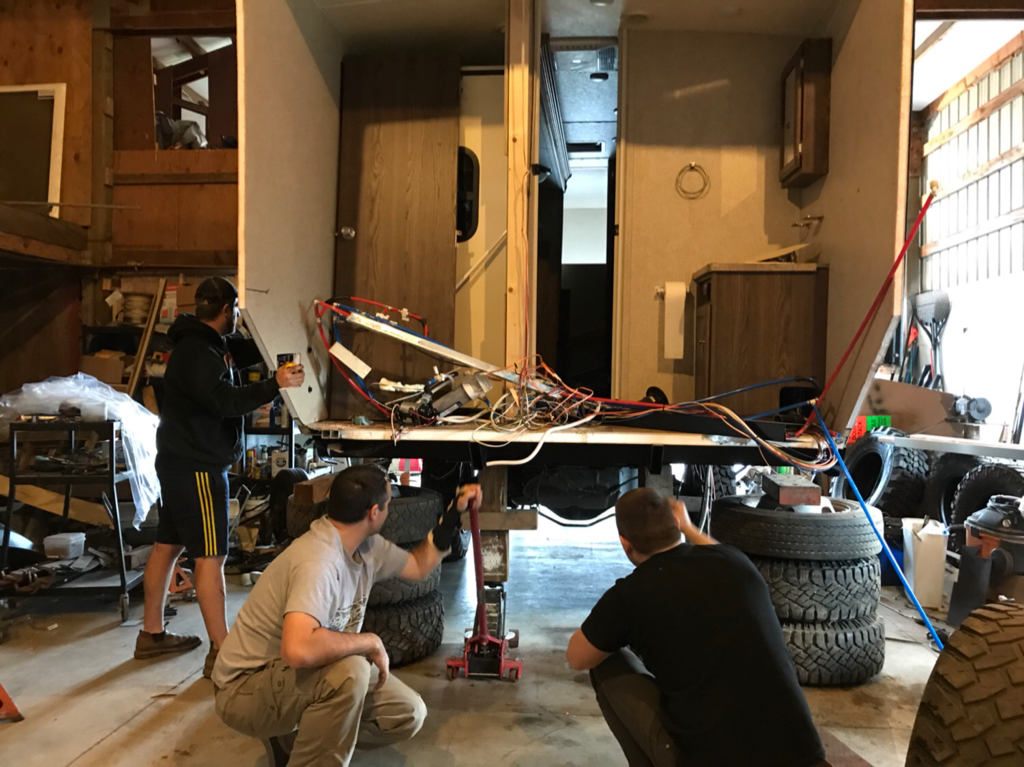 So here are a few more pics. The reason I put it on the truck at this stage is to get an idea of its scale. I was trying to decide if I should shorten the box length another foot or so. Doing that would require a bunch more work in the bathroom and removing and patching where a skylight used to be. For these reasons I am keen to leave it as is. I’d love some feedback on the rear overhang. 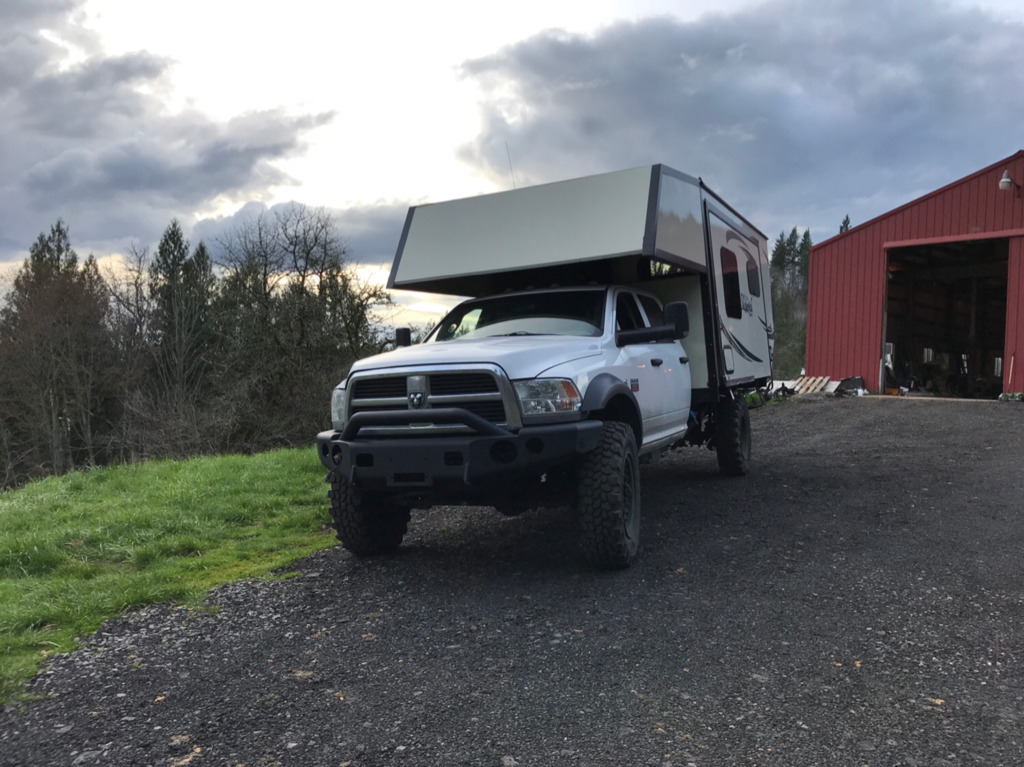 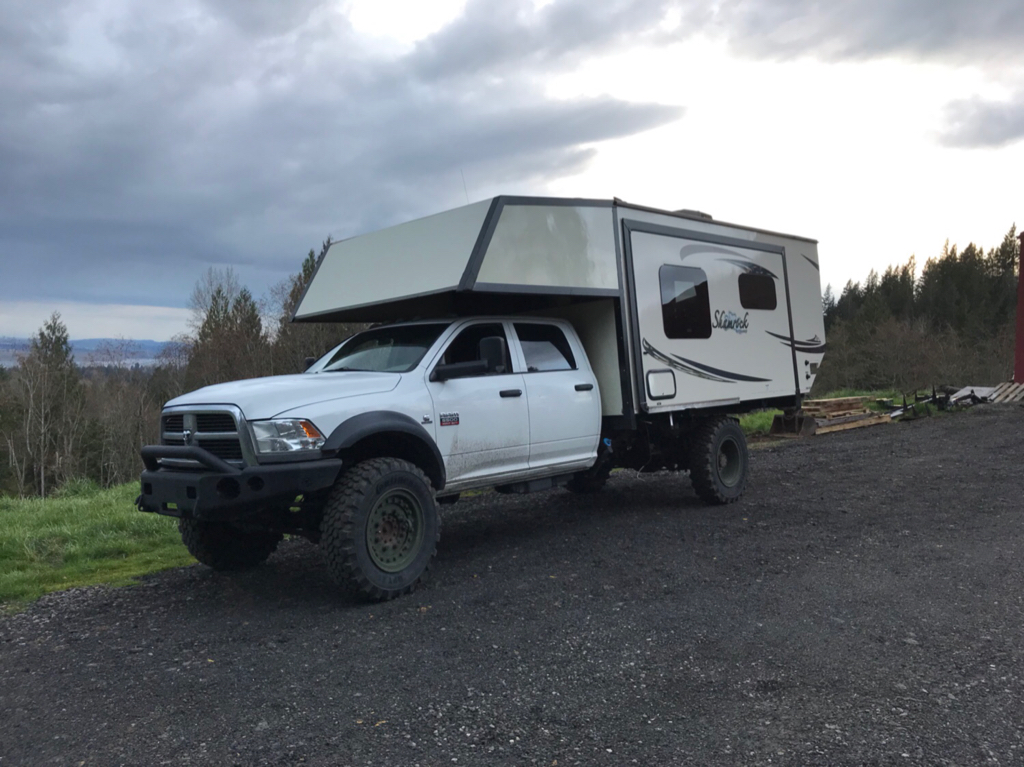 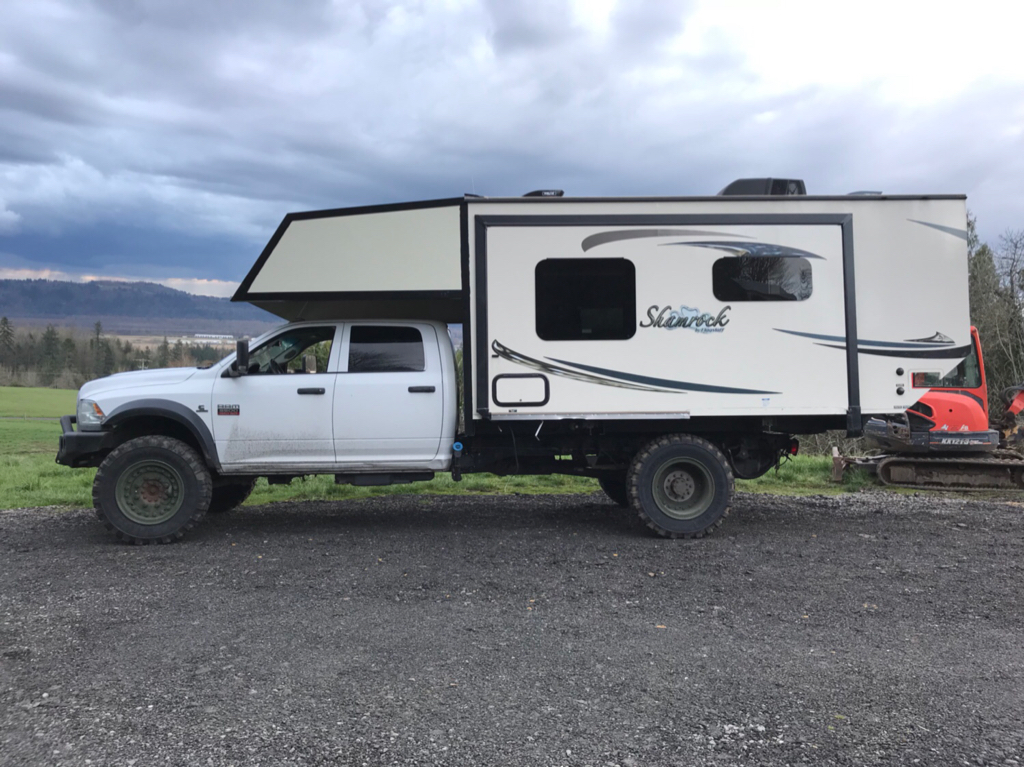 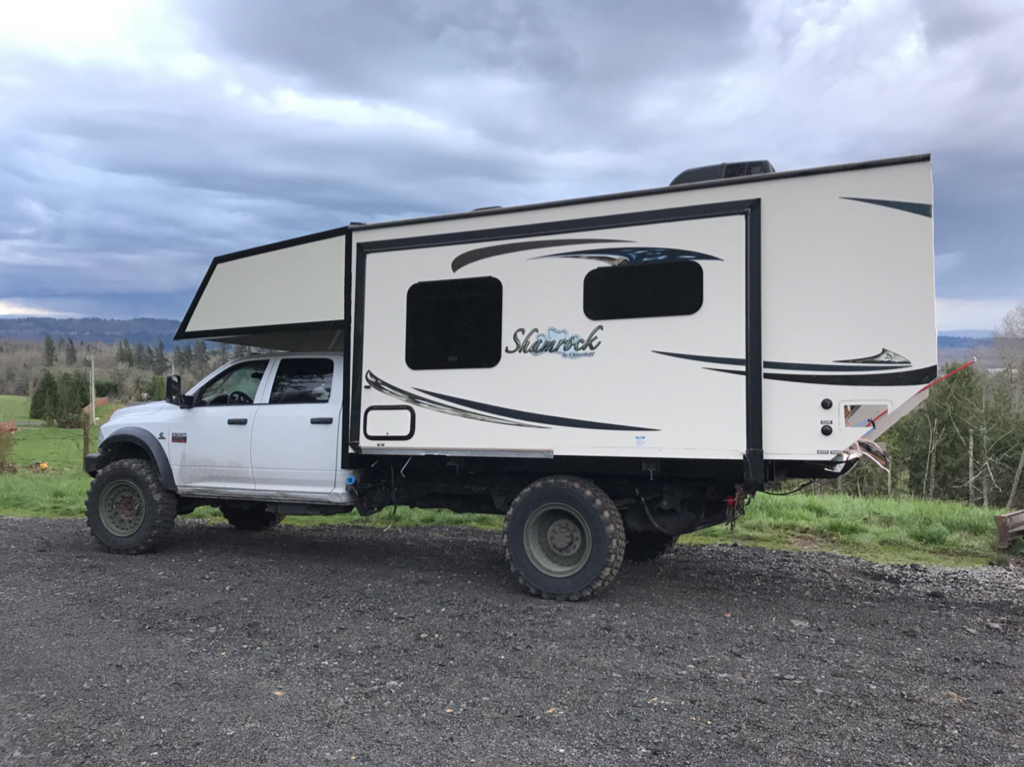 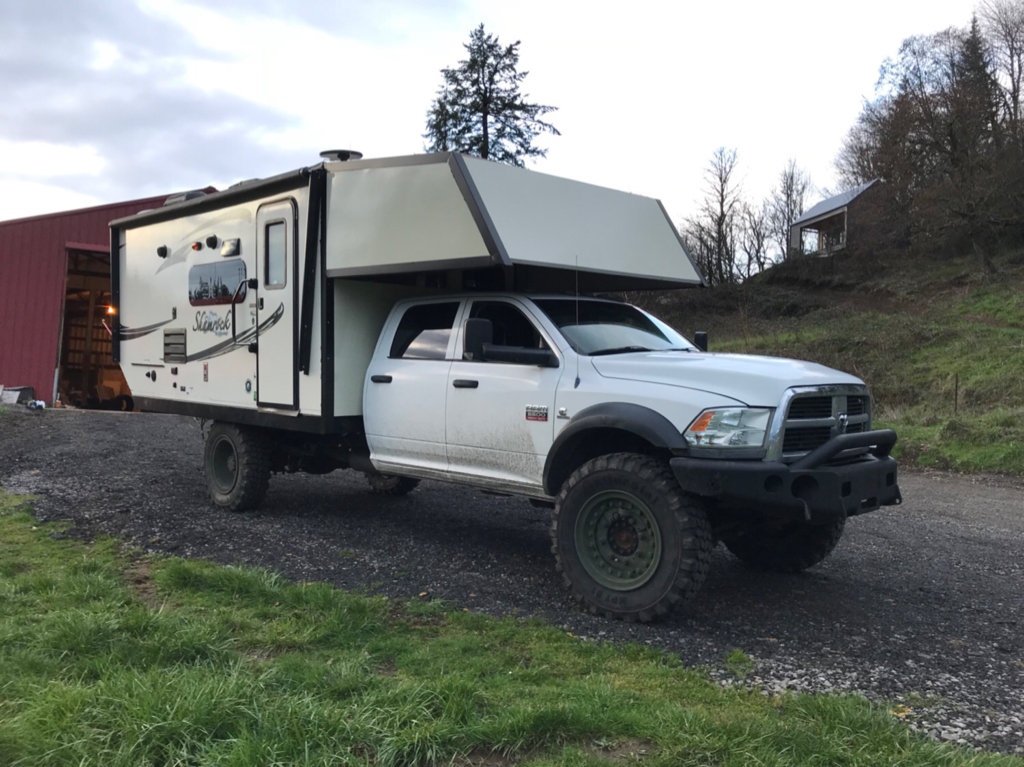 I plan to remove all the decals and the awning support is clearly not reattached yet. I’ll get those taken care of soon. I’m also going to add some windows in the cabover part. I’ve never had a cabover camper before...I’ve heard some people don’t put windows in the front to remove the possibility of rain being driven in them. I’m thinking of some side windows for ventilation. Any opinions on cabover windows?

Got her all tucked back into the barn for the night before the rain started... 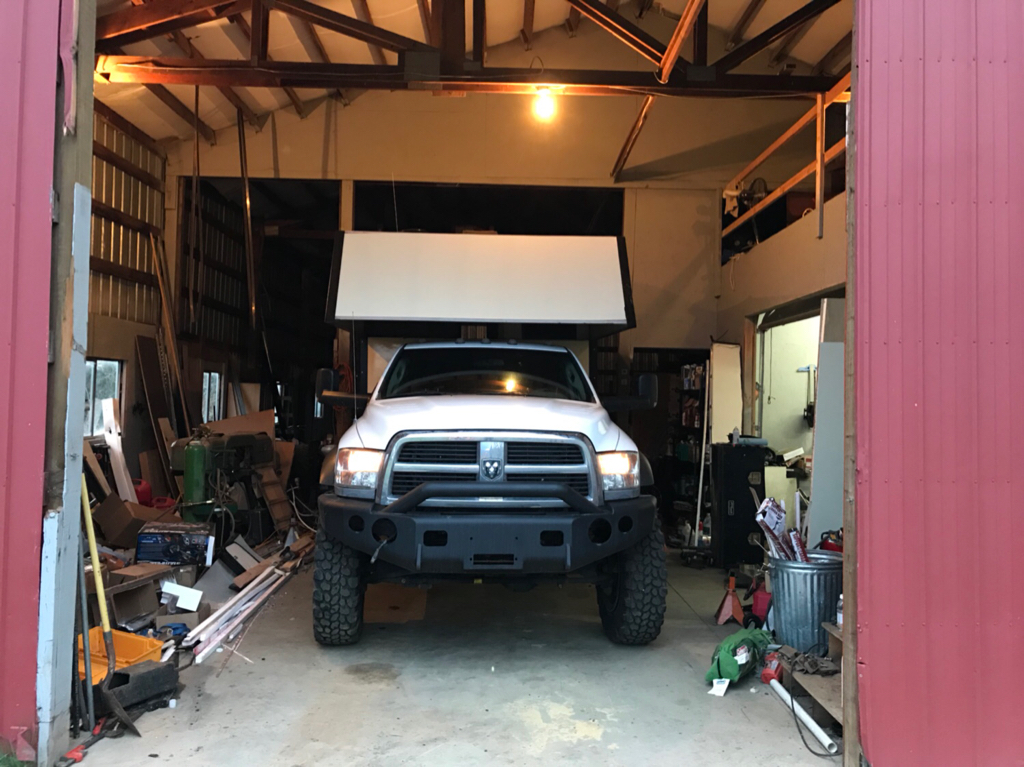 Forgot one important detail...measures right at 11’ to the roof...so add whatever the max fans and AC are to that...I think I’m just under 12’ tall.