I'm exploring options for a sleeping platform and storage. I see the vast majority of people made their frame out of a wood. Is there a reason that wood is generally favored over aluminum (or another metal)? For my purposes I want to build a storage compartment in the bed for the wheel well areas that will be a bit semi-permanent. The area in between the wheel wheels will be one structure that I can put in/remove easily. This vehicle is still my daily driver so I won't need the sleeping/storage platform all of the time. Using an aluminum frame with a plywood top seems like it would save me lots of weight and make things easier. I'm sure the cost will be much higher using aluminum, but I'm willing to pay extra if it suites my needs better.

I went with aluminum for my frame primarily because I wanted it to be very light weight making it easy to remove and not adding a ton of weight to the vehicle. I got my tubing and connector joints from eztube (www.eztube.com). I've had this in the LR3 now for number of months with zero issues. I'm able to remove the platform in less than 5 mins.

Added the plywood (1/2" Russia Birch...again b/c its lighter and stronger than most plywood, though its quite a bit more money ). Note I split the plywood in half width wise to allow removal of half in case I wanted the fridge on one side but then had some taller items to carry on the other side:

Next step was to attach the frame to the LR3's tie-down d-rings with some turn buckles. I used nut rivets to mount the eye bolts on the frame to keep the "nut" internal to the tubing: 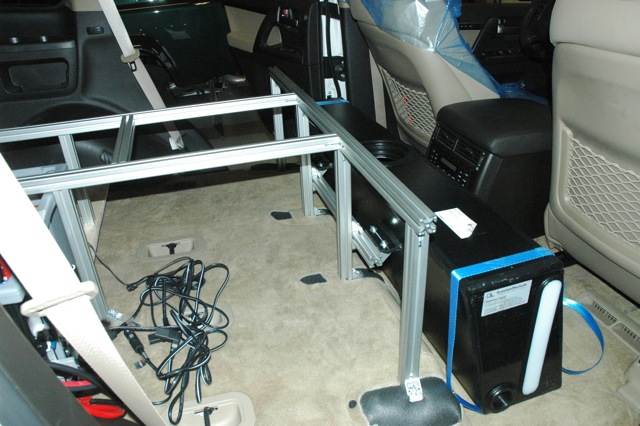 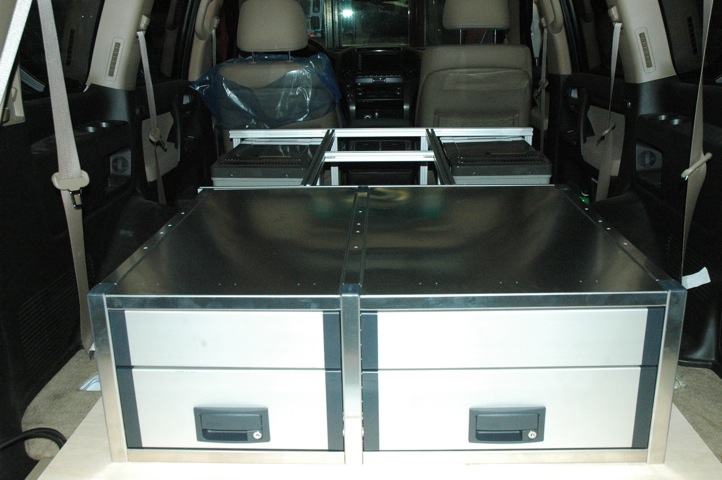 -
It is also more durable and stabile than wood. Wood will "work" when it gets wet.
-
Wood is prefered because of the costs and because it is easy to work with.
-
When you look at our compilaton of buildups:
- 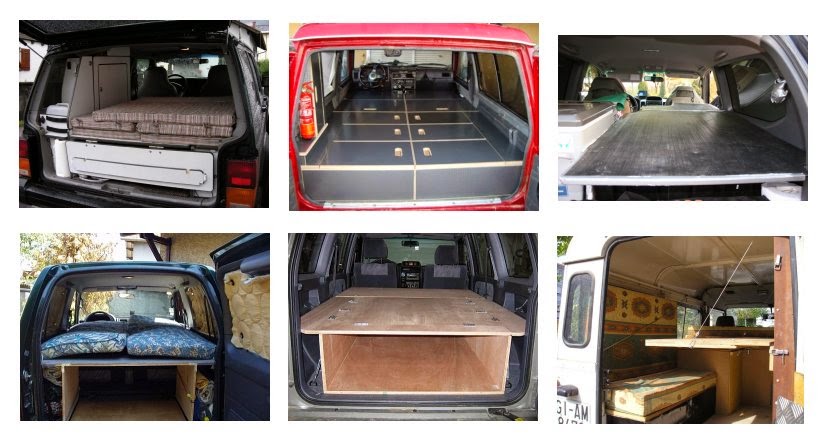 -
http://www.expeditionportal.com/forum/threads/125769-Sleeping-plattforms-how-to-sleep-inside
-
you will see that wood is used in 98% of all plattforms.

I used plywood for the following reasons:
_____
Here it is:

I built the frame for mine from thinwall rectangular steel tubing. Partly because it was something I already had laying around (a large EZ-Up folding canopy that was damaged from wind), but also because it would be much lighter than using all wood, and allowed a bit more space-efficiency as well (thinner than wood). The pieces of tube welded against each other for the drawer walls creates sortof a "corrugated" structure, making it exceptionally rigid (two people could sit on the end of it with it extended). Already having a welder made working with the metal a non-issue.

It's topped with 1/2" hard plywood (also birch). Side panels of the front boxes are made from aluminum sheet. It all folds to the back so the rear seats can be brought up for use. perkj said:
I went with aluminum for my frame primarily because I wanted it to be very light weight making it easy to remove and not adding a ton of weight to the vehicle. I got my tubing and connector joints from eztube (www.eztube.com). I've had this in the LR3 now for number of months with zero issues. I'm able to remove the platform in less than 5 mins.

Very cool. This is a lot like what I came up with using Sketchup.

Thanks everyone else for your input.
I

If your vehicle happens to be a full-size truck, another option is plastic with this product from DECKED:

Yes, you don't get to build it and yes, you have to pay money for it. But overall, their product is pretty solid looking at a fair price point for what you get. Sadly, I'll be without one for a while since they don't make them for mid-size trucks, like my Tacoma, for the foreseeable future. Their FAQ says "a year or more out". They also don't have an option for SUVs.
A

Wood is strong, light, easy to modify, and cheap

when comparing to aluminum, its so cheap its basically free

That Easy tube looks like its got a good price point

People use wood because it is what most folks are equipped to work with. Steel is better aluminum even better.
H

That stuff looks nice and easy. I maybe using that.

use what ever you can to make the design you want. I had a idea for no frills and light so I ended up with this. My first platform was really heavy from 3/4" plywood. All of the old ones weight was very high in the truck and install/remove was back breaking.

When mine was designed, and built. I specifically requested that it could be removed so low, and the guy managed it.

The sections I held together using hinges and removable pins. The top and bottom pieces are the largest and heaviest yet I can still manage them on my own.

millerfish said:
People use wood because it is what most folks are equipped to work with. Steel is better aluminum even better.
Click to expand...