An old Homestead site in the Desert of southern Idaho

Making our way down an old wagon trail to search for the river crossing.
The route out can be see on the right side of the photo, climbing to the right.
This was a supply route from the railroad depot in Wells NV to Boise ID

This is in the hills of southern Idaho. An old home site and work shop set way back off the road.

Lots of old items scattered around the property and in the shop
We left everything as it was and took only photos.

On a recent trip to the Isle of Skye we took a hike to a remote peninsula and found some curious workings. After bumping into a local enthusiast and a bit of Googling we discovered it is a very old canal.

It turns out that it was built by Vikings and connects the sea with a small loch. The loch would have been used to repair Viking ships and the Vikings would have hauled their long boat from the sea to the loch for repairs.

There were lots of bits of stone buildings, tumuli and caves scattered about, so possibly there was an old Viking settlement there too. Some newer stuff as well but nothing recent. 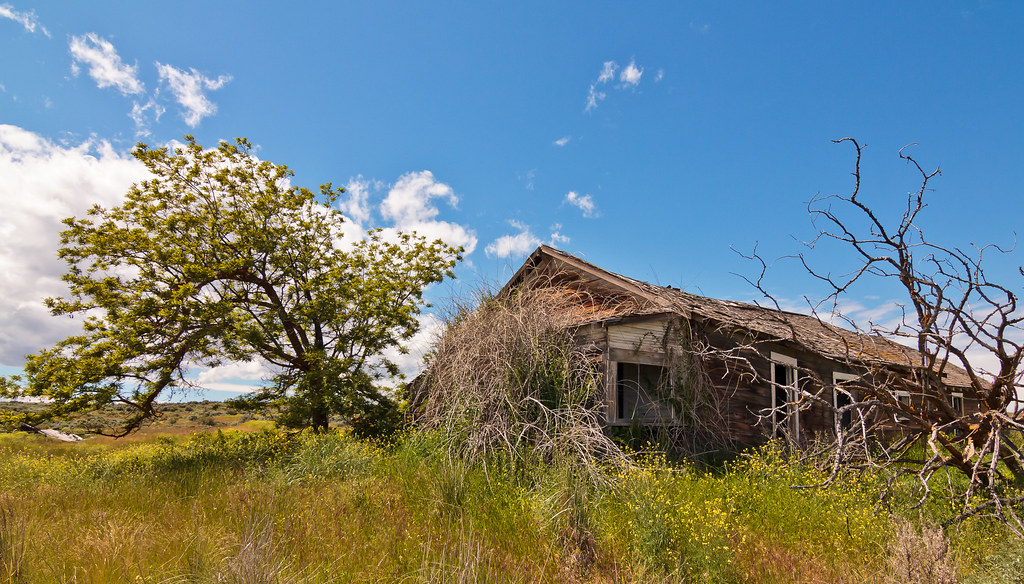 A little creepy, plus there was an owl sitting in a window that scared the crap out of me 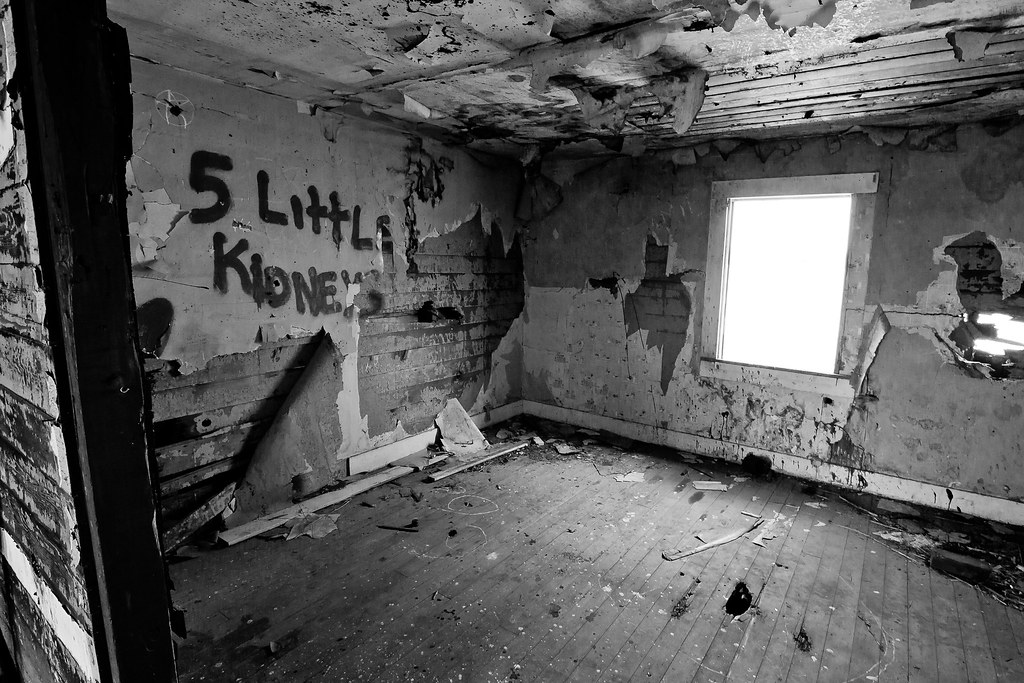 Hopeless Diamond said:
A little creepy, plus there was an owl sitting in a window that scared the crap out of me

I have had similar startles; immature buzzards huddled in a corner and screeching are a freaky thing to encounter in an old house, but so is that graffiti: 5 little kidneys? Some organ harvesting, perhaps?
O

Love the stone structures. So much hard work is put in the building of it.

A perpetually surprised ruin on the Oregon Outback.

pith helmet, these last two sets are really cool. The house looks like a DIY labor of love.