Crazy Schooner said:
I just ran the BDS 2" level on my truck. Tossed on some 18" Cragars and I was able to clear 34x12.50R18 BFG K02's with very minimal rubbing. Still off road and be fine kinda rubbing. Seemed like the best option for me without going full lift.
Click to expand...

Figured I'd start a build thread on this truck. Nothing crazy in the works. Keep in mind i'm copy pasting from another site where I posted stuff from the day I bought the truck (early feb/18) to today (late may/18). So the descriptions may seem a bit weird. I'll be time stamping each one...

Just snapped these in the driveway 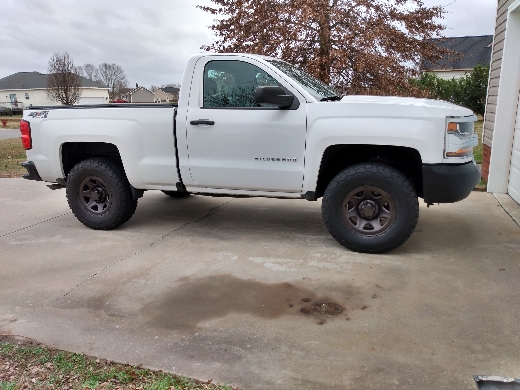 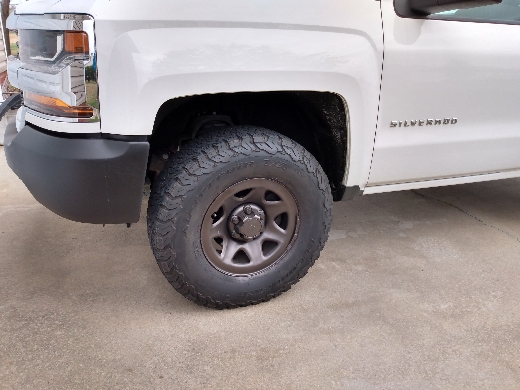 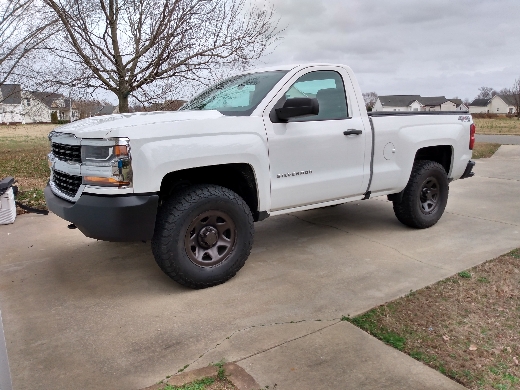 Seems better, taller and wider, than a traditional 33"
B

Seems better, taller and wider, than a traditional 33"
Click to expand...

That's exactly my opinion too and why I chose these, I feel they're perfect for these trucks

This truck is smooth

I like the one piece - large diameter aluminum rear driveshaft - it is smooth. No carrier bearing or defective slip yoke metal to clunk around

Getting a solid 18 mpg right now

D45 said:
This truck is smooth

I like the one piece - large diameter aluminum rear driveshaft - it is smooth. No carrier bearing or defective slip yoke metal to clunk around

Getting a solid 18 mpg right now

I have disabled my afm with the Range unit it's been a very small difference, if any at all . I feel it's definitely worth any decrease in mileage to lose the afm, I couldn't stand it

Sent from my Moto E (4) Plus using Tapatalk

Vagabonding: An Uncommon Guide to the Art of Long-Term Wo...
by Rolf Potts
From $13.29From CAD$23

Hit the Road: Vans, Nomads and Roadside Adventures
From $45

Zen and the Art of Motorcycle Maintenance: An Inquiry int...
From $20From CAD$49.3

I have been very please with the mpg of the 5.3L and the overall smoothness of the truck motor and trans
D

D45 said:
I am looking for a fiberglass bed cap for my truck - if anyone knows of a nicer used one please let me know

Been doing so......along with Craigslist
D

After some snow today , I noticed there is water on the inside of the rear sliding window......

The cavity behind the third brake lenses was pretty damp. I am letting it all dry out overnight

The areas for the two mount screw sure sits at a bad angle and seems to also hold water. No gasket either for the mounting screws.

D45 said:
After some snow today , I noticed there is water on the inside of the rear sliding window......


I had a 2010 2500 that had the cab marker lights. One of those developed a micro crack which let water into the cab. I replaced the light, resealed it to the cab, and the problem was solved. I would look for water in your brake light to see if that is the source.

Edit: just saw you posted while I was posting this. I would get a new brake light and go from there.