I purchased this truck last year about this time from another forum member (ad) and selling because I couldn't pass up a deal on a new truck :sombrero:. I drove this truck from North Carolina to Bozeman (real hwy mpg ~17, hand calculated on 35's) and have literally parked it (~30 miles after going to the shop?) since then while prepping it for an overland camper build. It sits at 177k miles.

I bought this truck to keep it, so I got it into solid working order. I am almost done with getting it ready to sell, just need to put the new carpet in and detail the interior. Should be ready to leave Bozeman by the end of the month.

After purchasing, I did have to do a little bit of unexpected work to dial it in. It needed glow plugs for cold starts, and had a slow leaking valve cover gasket. There are also some minor surface rust on some sections of the frame (totally what you would expect for a 2001), as well as on part of the inner passenger fender. Overall I would say the truck is now in really good shape mechanically.

Here is a list of some of the maintenance and modifications performed in the last few months.

-Had glow plugs and relay replaced (used OEM motorcraft plugs and Stancor Monster Relay).
-Replaced valve cover gasket.
-In the process of replacing the carpet with a brand new one, waiting for it to ship in. The old one was a bit tuckered out.
-Will have the oil changed for the next buyer.

-Extended the frame to 7.5'. Built to Ford chasis-builder spec and maintains the short-bed wheelbase, but still has a good departure angle.
-Installed 7.5' aluminum UTE tray bed.
-Sitting on 37" BFG Baja TA's on HMMWV beadlocks with less than 100 miles on them, ever. Full size spare, brand new.
-Brand NEW Arb bumper installed.
-40 gallon excursion Aux fuel tank. Installed but not plumbed.
-Have bushwacker fender flares for it, took them off for photos because it looks better.
-Put a muffler on it to take the edge off the noise (4" straight pipe from PO)
-Has a DP tuner that was installed by the PO. He was the second owner and I believe the tuner was installed ~20-30k ago.
-BDS 4" Suspension kit

Modifications that havent been installed yet:

-everything to plumb the aux fuel tank
-a bigger transmission cooler.


I paid 16850 for it last fall, looking to sell it pretty quick before the new truck gets here, asking $17.5k with everything I have for it.

I have put quite a bit more than that into it before labor. Its a really solid rig and I would not hesitate to take it to baja next week. Would love to see it go to a good home to an expo member rather than some kid on craigslist.

Before you look at the photos, I would like to note that this thing is no show truck. its in really good shape, but it is a 15 year old work truck that has been well taken care of. I dont want to scare you off, I just dont want you to have expectations of this thing being absolutely perfect. If you are really interested PM me and I will get you more detailed photos of anything you need.

For interior photos, you can totally reference the old ad linked above. It hasn't really changed apart from the new carpet. These photos were taken by Ross at off-grid media. I will get photos of the finished interior up once it is done if someone doesn't buy it beforehand. 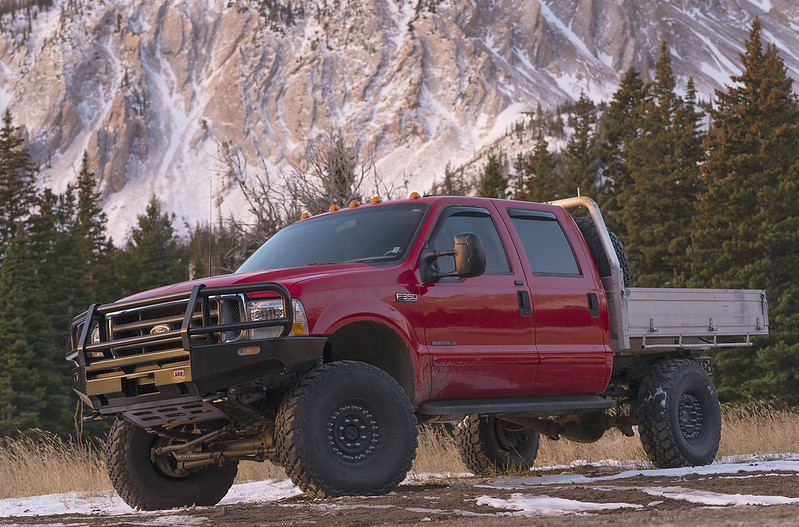 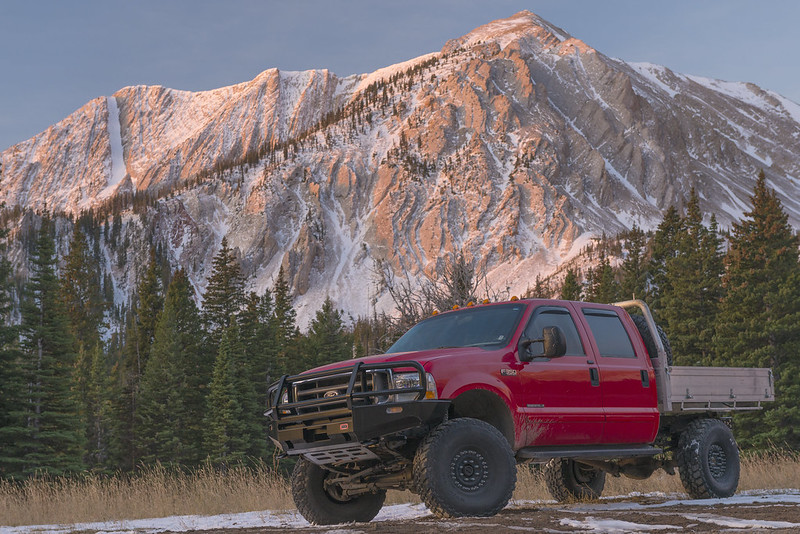 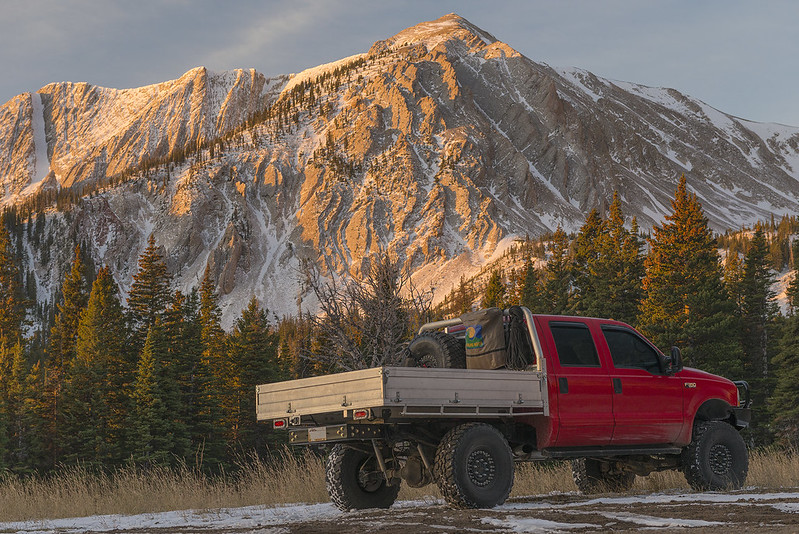 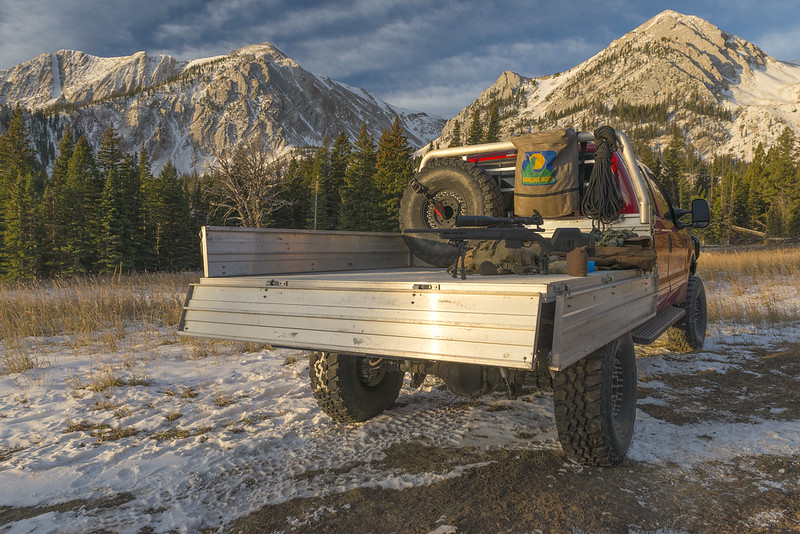 That's an excellent deal for an amazing truck!

Best of luck with the sale.

Do you have the winch and toolbox from the previous owner that could be included? What about the OEM front bumper?
G

Everything I have done to the truck I listed in the first ad. I don't know the service history on the gearbox, PO said he thought it had been rebuilt but had no records. I know it got a new fuel tank and some other bits before I bought it, pm me if you're seriously interested and I can look into the rest of the records.

Do you have the winch and toolbox from the previous owner that could be included? What about the OEM front bumper?
Click to expand...

Thanks! I didn't purchase the winch or toolbox from the previous owner. Did not keep the stock bumper either.
S

This is so tempting. Such a quality build.

I've been debating moving to something bigger..
G

Yup! Fairy lake, pretty amazing its so close to town. It's definitely big and burly!

Tons of interest, all PM's replied to.
B

Would that motor with that mileage as equipped have any trouble starting (without block heater) and warming up (enough to defrost the windshield for example) in Winter temps?
G

stayalert said:
Would that motor with that mileage as equipped have any trouble starting (without block heater) and warming up (enough to defrost the windshield for example) in Winter temps?
Click to expand...

This truck has brand new plugs and relay, so I think it would start as well as any 7.3 in super cold weather. Would probably need to cycle the glow plugs a couple times but I don't think you would have much issue above 0*F.

If you were regularly cold starting below zero I think you would want to install an espar coolant heater if you don't have the ability to plug in. But if I couldn't plug in even a new diesel regularly below zero I would take the same caution.
B

Around here -20 would be an occasional but not likely extended or frequent low....Thanks for the info. I'm brainstorming on a small scale tree truck/eventual snow chasing rig. I have a small 4 cyl. Toyota turbo diesel so I'm no Stranger to diesel just learning about 7.3's though....An Espar or Webasto would certainly be the way to go I think....Your truck looks pretty great - I'm not quite ready to make a switch.....Thanks again and good luck!
G

Been lurking here for a while. I have to say, this is the best rig that has came on the board in the last 6 months! (In my opinion, of course). If you were selling this this time next year, I would have bought it the first day you posted. GLWS! I'm very jealous of the, I'm sure soon, new owner.