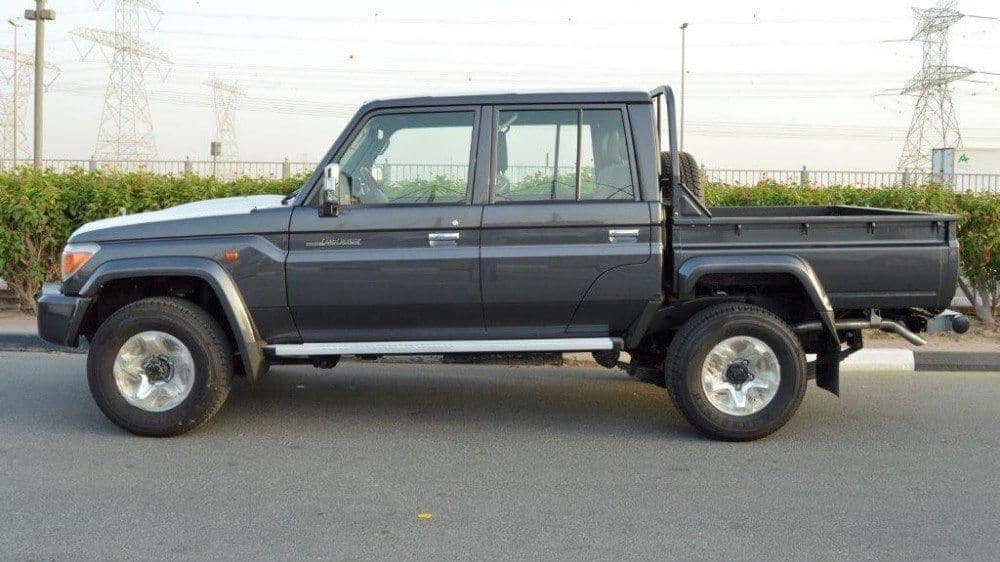 Is the 79 Series Land Cruiser Coming to America? - Expedition Portal

We may finally get the diesel Toyota we've been dreaming of.
expeditionportal.com

Hopefully everybody inclusive of admins are supportive of this.

Can't believe i'm wasting my first post on this guy.
But I have also heard about him and the shady stuff he pulls.

One of my friends in Japan (who is a car dealer) was contacted by Papps.
Papps asked my friend to purchase (4) cars for him and promised to pay for the cars quickly.
Papps chose the cars he wanted, my friend purchased and shipped the cars, without receiving payment.
Fast forward 5 or 6 weeks later, the cars had arrived at the port and still no payment received.
Papps was telling my friend who is in Japan - "Just send me the paperwork so the cars can be released and I'll send you money later".
Luckily my friend is smarter than that, and lucky I was there to pay for the cars that Papps tried to scam from Japan.

Now I'm stuck with 4 cars that I never wanted. Lucky I have a friend who is helping me sell them.
And the condition of these cars... WOW unbelievable how rough these things are.
All have tons of rust and body damage, also the interiors are all disgusting!! Good thing I own a restoration garage or I would be screwed!!
I can't believe this is the kind of vehicles that Papps imports, it's an embarrassment.
And the prices that I got these vehicles for was super cheap. Why couldn't Papps pay his debt to japan?
But now Papps is going around claiming to own vehicles worth 25k each? Come on, you can't be serious!!
V

TXFJ60 said:
I’m guessing he’s able to do it because he’s selling them as off road use only.
Click to expand...

This isn't legit either. The 25 year rule is a DOT related one is all inclusive. (EPA is, oddly, more loose at 21 years or older.)

There is no, and could not be, an assumption that the end user would "only" use a newer vehicle off-road. If this was the case we'd be swimming in late 90's Cruisers and Defenders with "titles" from Montana! I have heard of people trying to get around this by assembling "parts" but that's obviously an attempt to get around federal law. The guys who were stupidly re-tagging Defenders with old VIN plates have had serious legal problems, as well as buyers having their 4x4's taken by the feds. We've all heard the most famous story on that front.

Again, to anyone who ends up with these, don't take the chance and title it. You can end up losing everything in a lawsuit the second you wreck into someone and the insurance guy starts looking into it. Even a stupid one will see something is not right. The seller will surely be sued into poverty and likely have bigger problems with the gov.

None of this is worth the $$. There are endless legit ways to make money.

To the poster above me, your story sounds fishy. Furthermore your friend in Japan sounds really stupid, sending trucks to someone overseas with no payment. The part about him being called to "send paperwork" after they landed here makes no sense. That's not how the import business works, but, whatever.
Last edited: Sep 9, 2019
K

Funny how quickly this great community silences a scammer.

Even funnier how dumb some scammers can be to keep trying in communities like this.

I mean, a bunch of scam styles keep going because they work. My aunt (bless her heart, she's a great lady just not too sharp) was noticed by my uncle walking out of the house with something like 3-4k cash. When he inquired as to why she answered that the IRS had called and if they didn't pay their back taxes via Western Union within the next 24 hours they were going to be arrested. Some people are just dumb. Needless to say, she isn't allowed access to the safe anymore.

Sure, they prob pull it off on Fleabay and CL but how they ever think (especially after years of documented history, no delivery, and numerous criminal charges/lawsuits/jailtime) that they would pull it off here is beyond me. Some sort of personality disorder and/or drug use is my guess.
Last edited: Sep 9, 2019

Why doesn't someone come look at the non-existant vehicle?
T

I don’t think anyone here thinks you don’t have 2 megacruisers in your possession... We just don’t trust your business dealings.

You guys are all mean.

@Megacruisers, how about posting a walkaround video?
L

Please show us where anyone said they don't exist. You obviously had a 79 in the states for a while. You even had a bunch of buyers if you had answered even a few basic questions.

That one pic in the ad is clearly your property in Orefield. You obviously have them here. Do you really want another 80 page thread where over and over people ask questions about legality of on road use and you/your brother/whatever other personalities and accounts you have dodge the questions, over and over?

It must be frustrating to have been run off Mud, only to come here and be ridiculed all the same. Karma, business and criminal history, and the internet are a bitch aren't they?

Perhaps Facebook, Fleabay, and Craigslist are where you belong. But oh, wait, it seems like your reputation proceeds you just about everywhere now.

You obviously seem to think you're the smartest guy in the room. News flash, you aren't even smart enough to run a remodel business, run a scam, or even stay out of jail. (Neither am I but at least I admit it).

(And don't worry, Mud already knows about your shenanigans on this so don't even bother trying).

If you still have it whenever I again visit my mother in Orefield (no plans set) I'll be happy to come see it, listen to your bullshit in person, and report back here. Only if you provide donuts though. And not the stale ones from years ago..

This (or the other one) was posted on eBay by seller “Unusual-Auto” and the fact that he recognized my earlier eBay disclosure proves my position.

Just wanted to jump in and comment that they are using the domain/name "landcruisers-direct.com" in an attempt to capitalize on the reputation of the real Land Cruisers Direct.

The real Land Cruisers Direct is a dealer of imported Land Cruisers and Toyota 4x4's that has partnered with Overland Journal on previous projects. 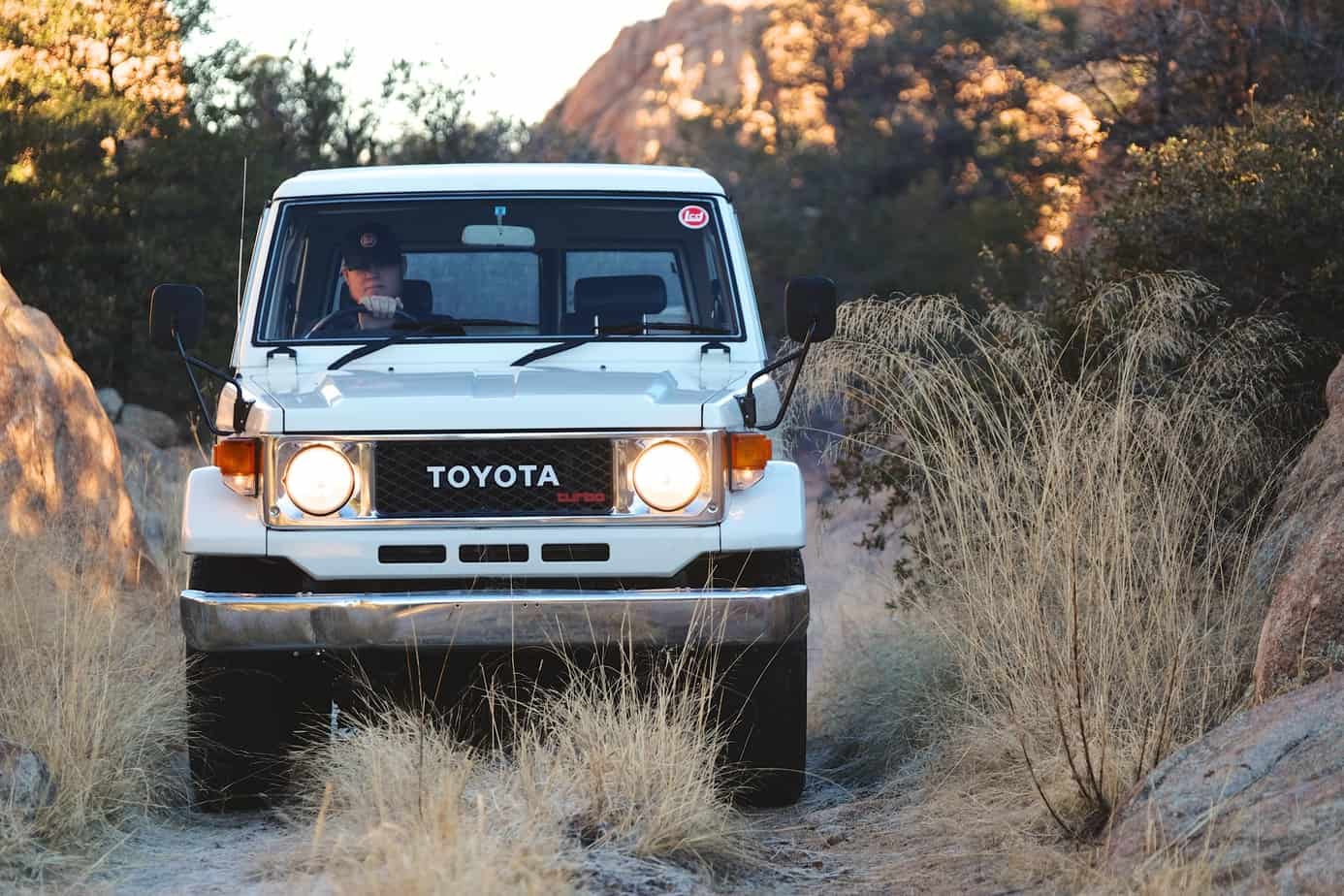 Owning an import Land Cruiser has never been easier.
expeditionportal.com 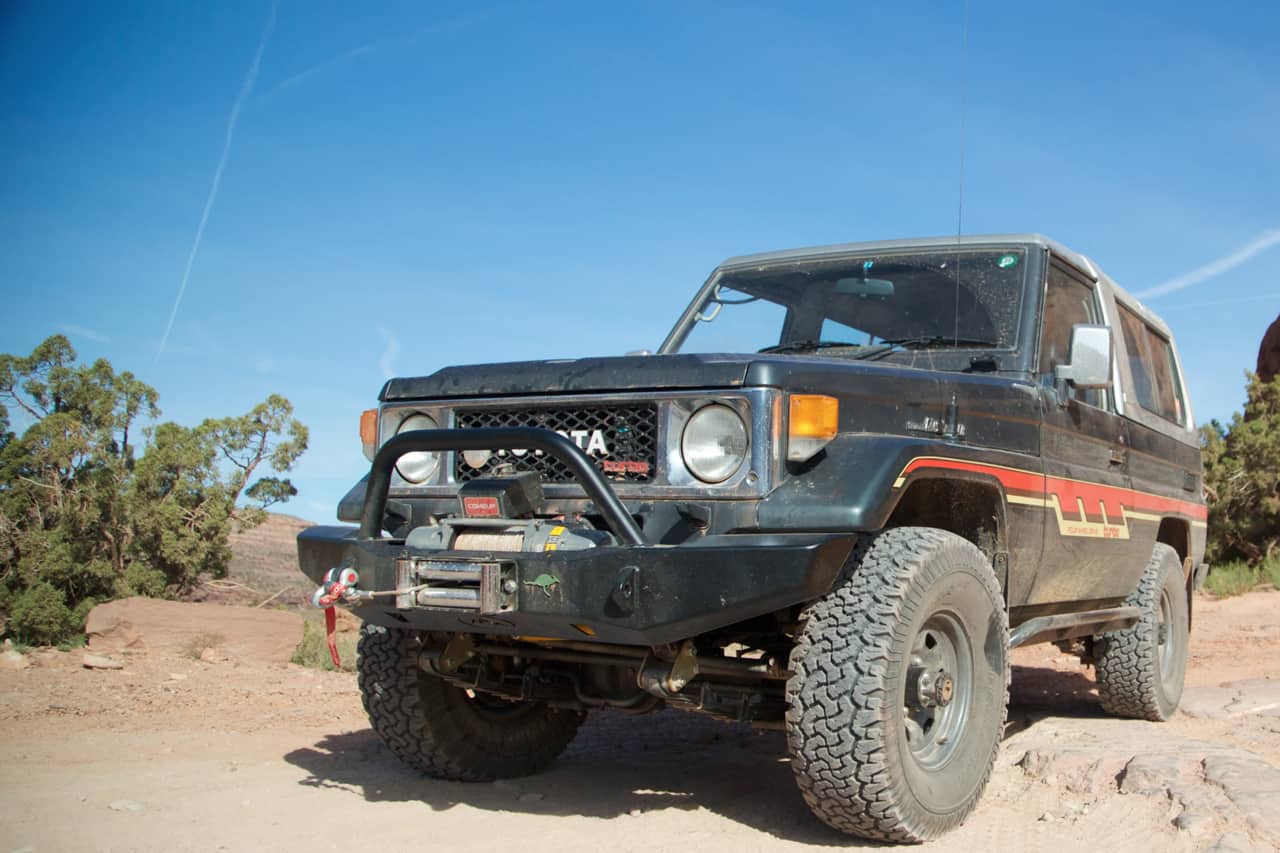 Troy Bignell gets behind the wheel of a rare Toyota Land Cruiser BJ74.
expeditionportal.com

Landcruisers-direct.com is the Papps running various operations out of their house and you can see reference to those activities in the links posted in this thread.

For clarification there were 9 Mega Cruisers in the US, having seen 8 of them in person I can tell you that they are not "all the same" in condition. Anyone looking to purchase something should do their due diligence and request photos of the actual vehicle being sold.
T

nomad661 said:
If you still have it whenever I again visit my mother in Orefield (no plans set) I'll be happy to come see it, listen to your bullshit in person, and report back here. Only if you provide donuts though. And not the stale ones from years ago..
Click to expand...

I forgot about the donuts