Now I have a GF, and I want her and our 2 dogs to be part of the exploring..

I found something that suits me and her better...
Here:
http://expeditionportal.com/forum/showthread.php?t=39401

Not sure what I will do with the Truck... I still love it!

Wow, fast forward 10 years...
Just about to get back into finishing it!

Yes lets see some updates if you still have the truck. That would be cool. Cheers, Chilli...

Need to get some of these finished... and the K10 is first.

Its been sitting a while.
Lists...
1/ The carb is all boogered up... flooding out the top.
2/ Transfer Case is leaking... Th350 fluid level is dropping. I understand there is a seal between the two that is bad, but I dont know where to find the parts... Anyone?

Pretty common issue when the seal in the adaptor fails it lets atf flow from the trans and overfill the t-case.

Yes, it seems it is.
My issue is I cannot seem to ID the seal/seals part number/Numbers!

So, I'm just about to get cranking on this thing again.

I've had this thing 12 years and it had some rust in the front fenders and hood(replaced) when I got it, but the rest looked great.
Its still in great shape, for a 46 year old, but there are some areas that need addressing.

It has a couple of rust spots.
Drivers side rear part of rear wheel arch has a hole. The other side looks fine, but I spotted a small bubble and sure enough it failed the magnet test.
Drivers side back cab corner looks fine, but passenger side has bubbles, and failed the magnet test. I went back and attacked the drivers side again, and its solid, with no bondo under the paint!
Decided, rather than grind back and fill them, I am going to cut out well past the bad areas and replace the metal correctly.
Already got the replacement panels.

This is what I got to fix the rusted areas.
Will grind back the areas and trim the replacement panels, as I don’t think I need much of them.
Pic of the worst area I see so far.

Busy, busy!
The plan and direction is clarifying in my mind, and reality.
I want to have some trips in the autumn, so I better get this moving.
Progress the last week...
Confirmed that there is a little rust hidden in both left and right rear bed wheel arches, but the fronts look fine.
Ground out the passenger side cab corner, and its localized, but judging by the bronze colored brazed patch, it been fixed before, and not well by my standards.

The drivers side looked fine, at first, and interestingly, was original back to the original paint on that side...
Like rings on a tree!

However, I didnt like the look of a couple of the spots...

Sure enough, when I got the wire wheel of death on them, they gave up thier secrets!

Found some rust in the doors, so rather than mess with that, found a pair of rust free OEM doors out in the desert.

Dug out some Smittybilt 3" Tube bumpers from my storage unit that Ive had for years... some surface rust... .

Stripped the old powder coat, neutralized the rust, and now the front is etch primed.

Just been chipping away at it.

Front bumper was test fitted and the stock brackets fitted, but Im trying to decide if I should add a Winch...
Opinions?

Bought some LED Light bars for front, rear and pods for corners.

This week I pulled the NP205 out, and stripped it ready for a reseal/rebuild... everything looks good inside.
Going to "Twin-Stick" it while its out... seems logical!
D

Keyblazer said:
This week I pulled the NP205 out, and stripped it ready for a reseal/rebuild... everything looks good inside.
Going to "Twin-Stick" it while its out... seems logical!
Click to expand...

That was a fun mod to do, easy to DIY.

I used two factory levers and made my own linkage from hardware store balljoints, seamless tubing and some 1" strap. The most expensive part was the shift knobs. 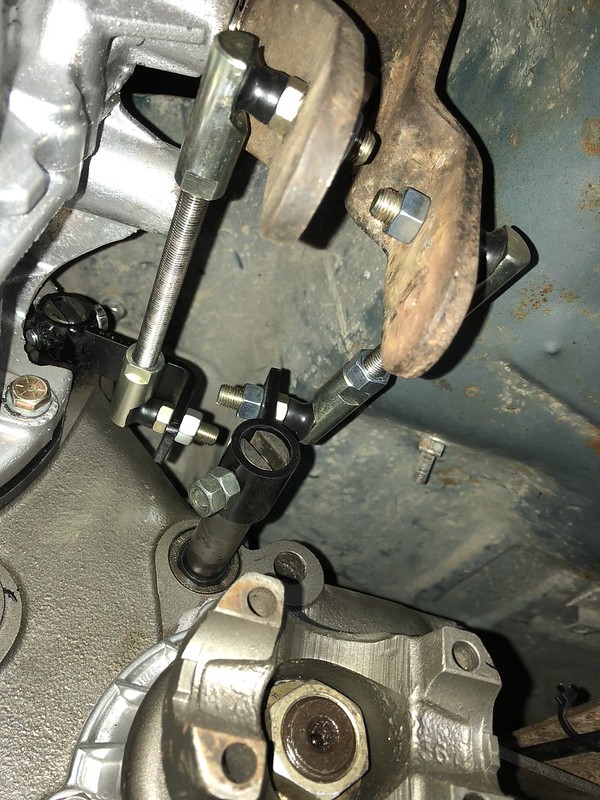 I need to get boots for it yet too: 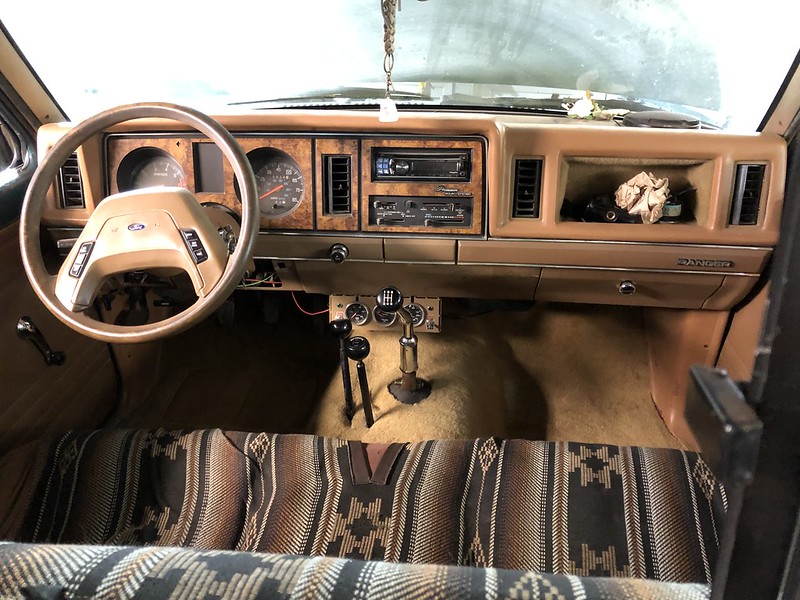 Good stuff.
Getting the np205 out was a greasy pig of a job.
Starting to break it down for inspection now. I have a seal kit but not bearing, so will need to inspect them and see how they are.
This thing is a beast!

I think the bumper is looking good.
This is it, mounted, with the led light sitting roughly in place.
I’m going to add some pod lights to the outer tube gap too.

Cleaned up the back of the transmission and floor.

Ready for some etch primer.