Distinctly not an expedition rig with a top speed of maybe 50 mph, 8 mpg on a good day, gear whine to put a Pinzgauer to shame and bias ply tires to test your straight line skills. But, it's an unusual truck, a fun short trip and parade mobile.

I would prefer an outright sale, but I'd potentially be open to trading for something else unusual or for an overland capable vehicle for my son. 1st or 2nd gen Tacoma, 4runner, LR3 or early disco, or ? As for unusual, what do you have? Willys Flatfender or truck, LR series, Pinz, ?? Must be comparable condition and as rust free as this one. Cash in either direction.

I bought this truck originally from New Hampshire in 2007. It had come from a Maple Syrup "farm" in VT where it had a large tank in the back to collect syrup from the trees. So, it never was used on the salted roads in the winter. I brought it to Maine. I ended up selling it a year later to a local Coast Guard active duty officer.

He did a fair amount of work to the truck. He put new tires on it, the canvas top, replaced all of the gear/transmission and transfer case fluids with modern synthetics, radiator flush, etc. He put on the new iron wood bench seats and side boards. All of this was done between 2008 and 2013. I don't have records, he did the work himself. Nice, honest active duty guy with no reason to lie, I was buying it back anyway as I was sad I had sold it the first time. garaged while he had it, no salt exposure.

I bought the truck back from him in 2013. Because everything had been baselined in recent memory, and the truck runs well, my maintenance has been limited to an annual oil change. My biggest-mileage year was 180 miles, so the oil was done for moisture and fuel dilution, not mileage.

It's only been about 1500 miles, but upwards of 10 years on the other fluids, so they could stand a change. Radiator is inexpensive "green" fluid. Transmission and transfer case use straight 50w oil, diffs use any GL5 80/90w. Inexpensive and easy. Fan belt is OK but a little play, could probably be replaced. The oil pressure sender works intermittently. Replacement is about $50, on the side of the engine, easy fix. Parts in general are actually easy to source and inexpensive https://www.vintagepowerwagons.com/online-parts-catalog

It needs nothing immediately. I just changed the oil when I was in Maine over July 4th. Fires immediately. It runs a bit rich on start-up, and takes a bit to warm up. Once warm and the choke is off, it runs great.

Tires have started to develop some fine cracks in the sidewalls in a few places. Typical at around 10 years. They are bias ply tires, very thick layered sidewalls, so they have a lot of years left in them despite a few cracks, but I want to give full disclosure. Like all of these, the various seals on the T-case, trans and diffs leak. I think it's inevitable.

I also have a hard top, original "arctic top" that I will include at the advertised price. A box of some miscellaneous parts, OD paint.

Stencils are high quality vinyl, so they can be heat-gunned off. They are my old units, dive school class, etc. No official pattern or history of the truck.

Lots of pics at the smugmug link below. It is as rust free as these things get outside of the desert southwest or a concours restoration. Small cab corner spot, a little at various seams. None on the frame. Pics show all of the spots, no surprises. Very presentable or will clean up completely without issue.

Fun toy, but it's time to move it along.

TL;DR - Garaged, essentially rust free piece of history that needs a new home, sale ideal but trades considered including your weird vehicle that also needs to move along. 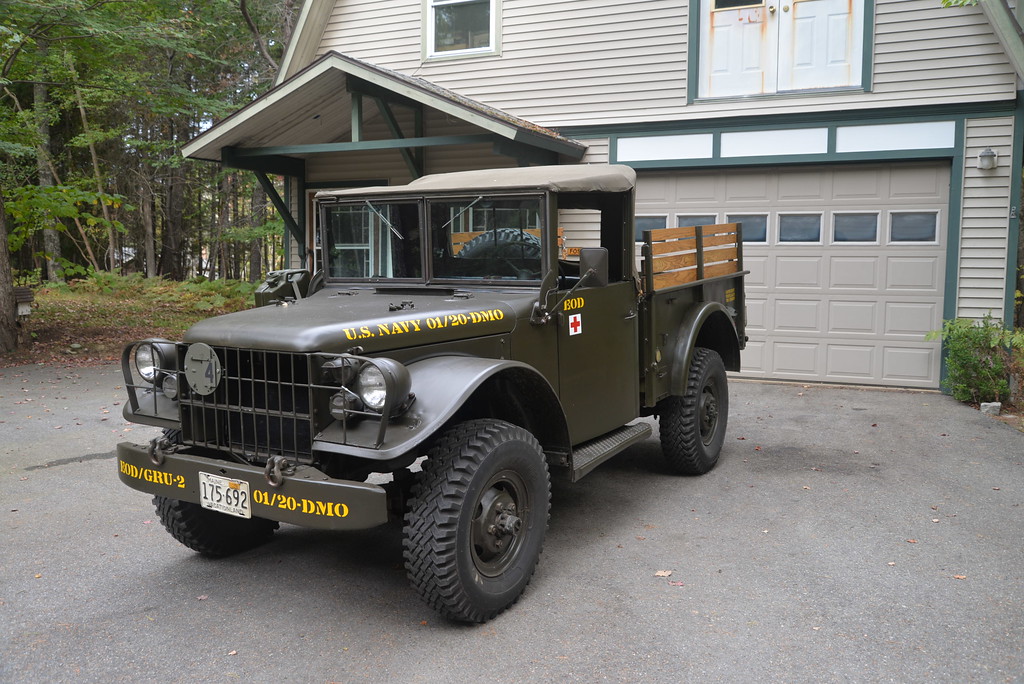 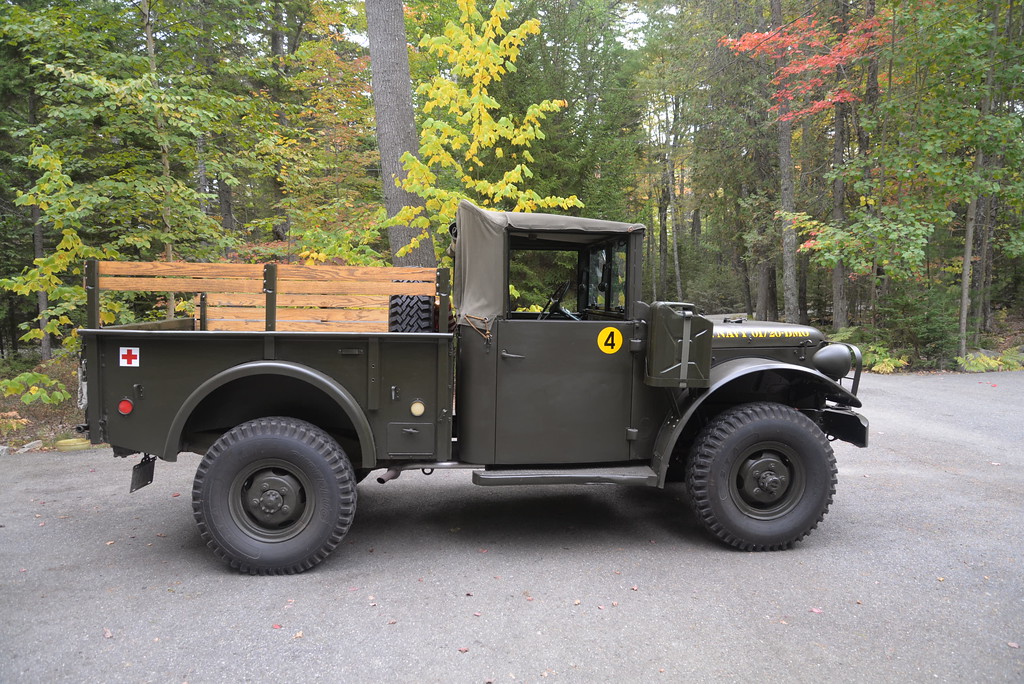 Bump. Interesting trades out there?
O

Do you still have this truck for sale or trade?

Crossing the Congo: Over Land and Water in a Hard Place
by Mike Martin, Chloe Baker, Charlie Hatch-Barnwell
From $17.64

Zen and the Art of Motorcycle Maintenance: An Inquiry int...
From $20.2

Deep Survival: Who Lives, Who Dies, and Why
by Laurence Gonzales
From $9.99
N

No, sold it last fall.
O