While most of the project vehicles at SEMA have become the bastions of bad taste, there are still fantastic products and new innovations to be found. For this product showcase, I review some of the more notable offerings.

WARN:
Each year Warn manages to not only release new products, but also stay true to their heritage of quality. 2016 was no different and now includes the release of their Toyota Tacoma front and rear bumpers. 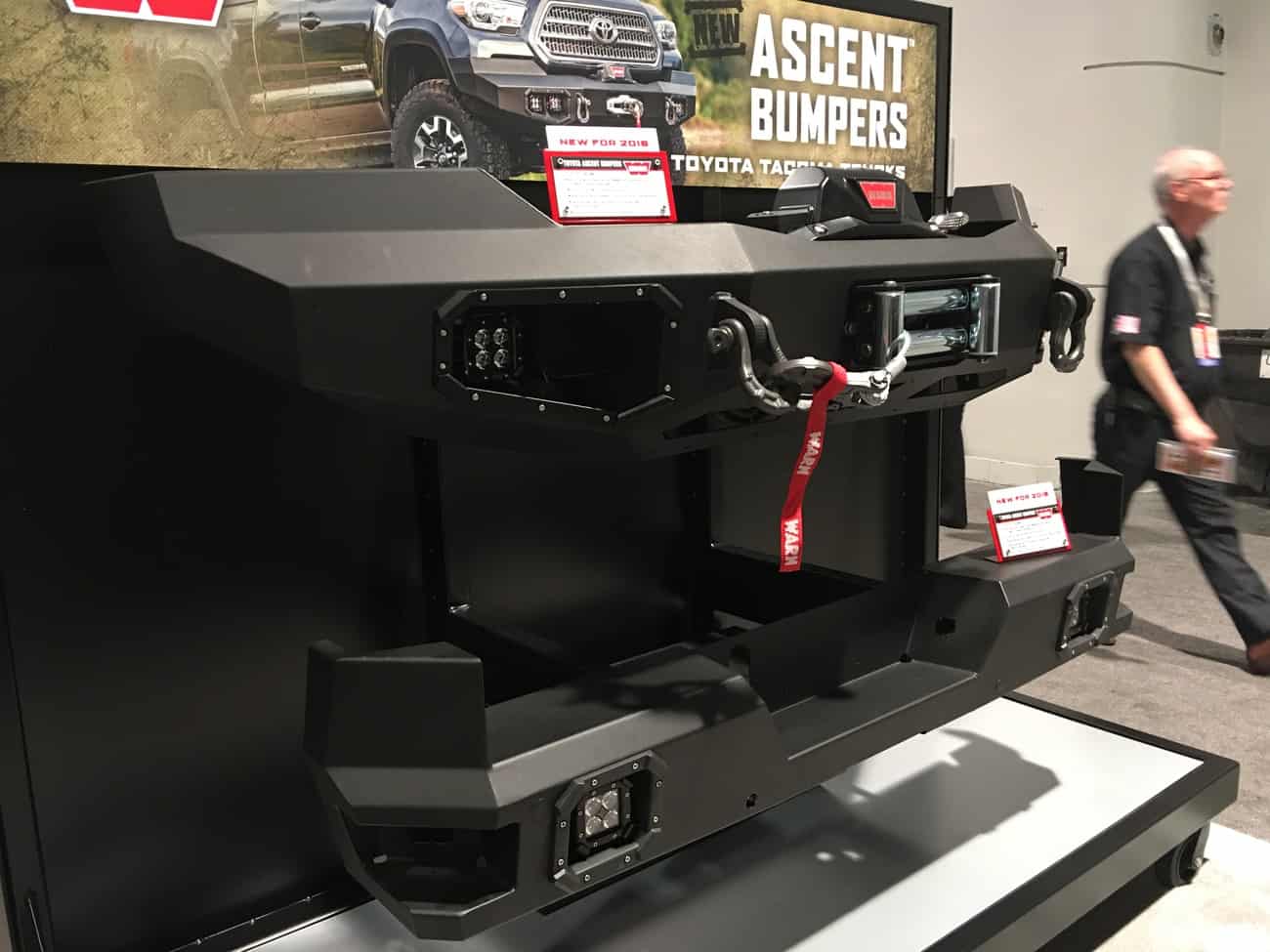 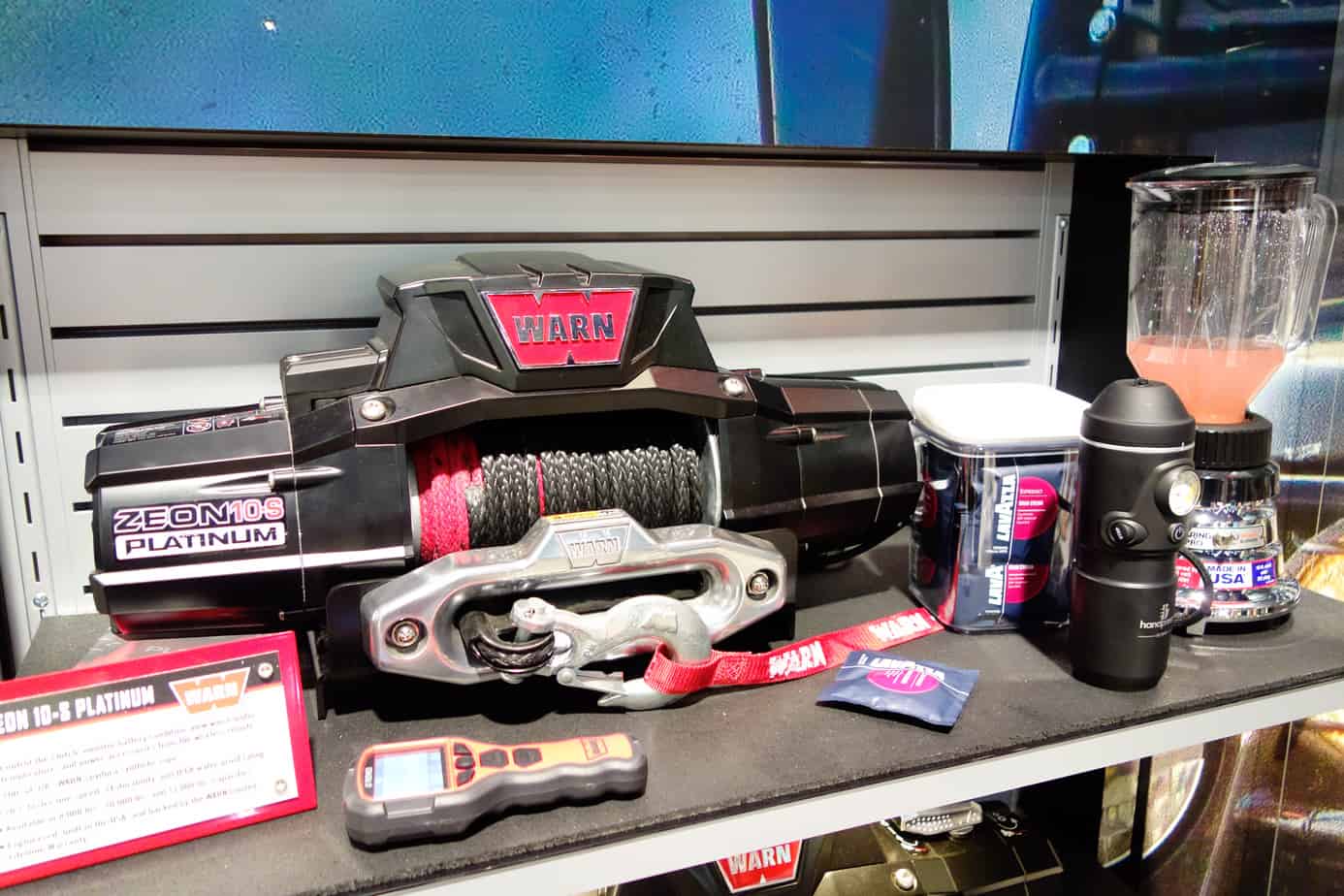 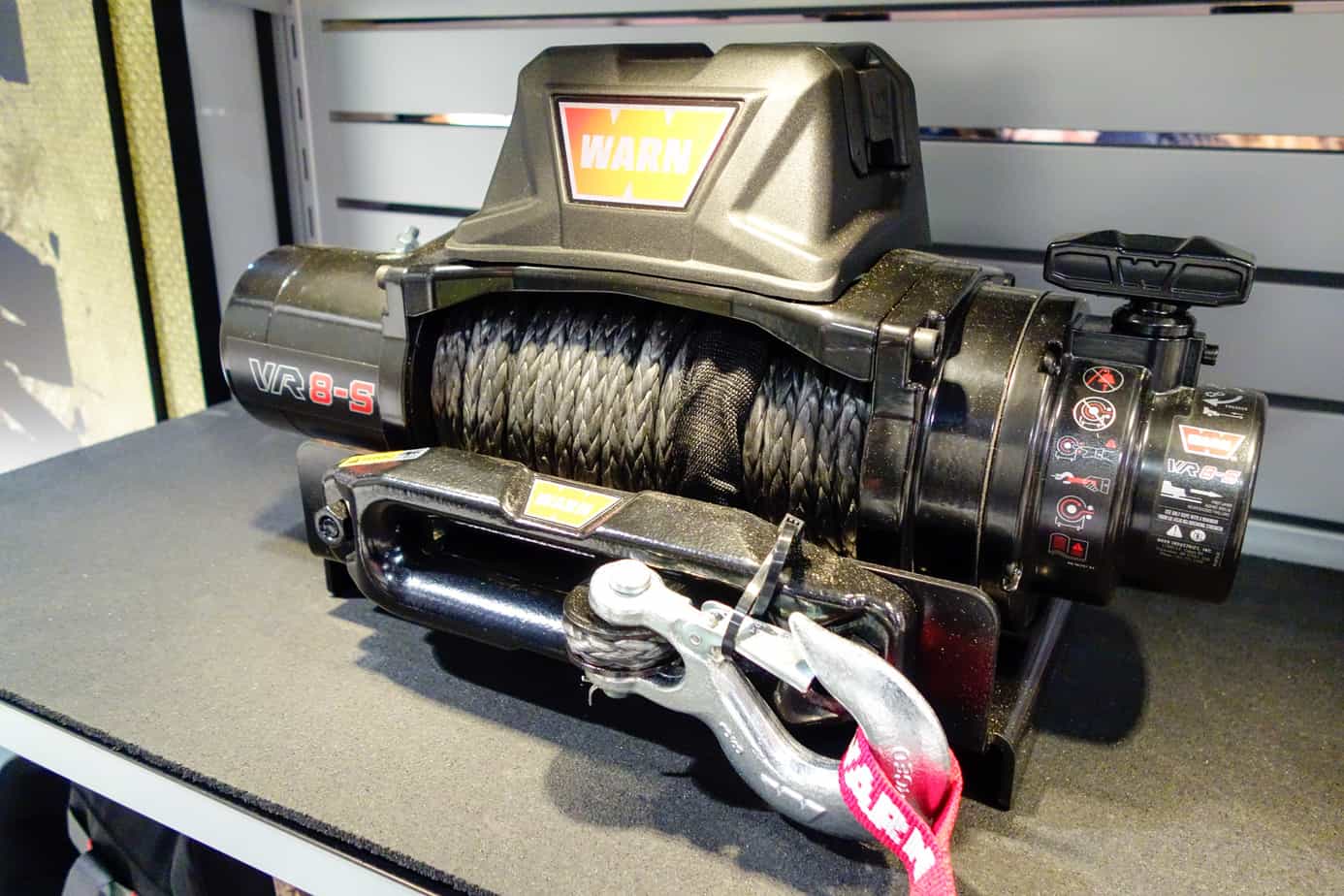 Winch innovations include the new VR series with a sealed controller and available synthetic line. The Zeon also receives an update with remote control accessory ports to run 12v items like a blender, or (more likely) a set of auxiliary lights. They also released a premium Epic Recovery Kit, which will likely become my personal go-to because of the quality of materials and the new bag that can be carried like a backpack and also used as a line damper. 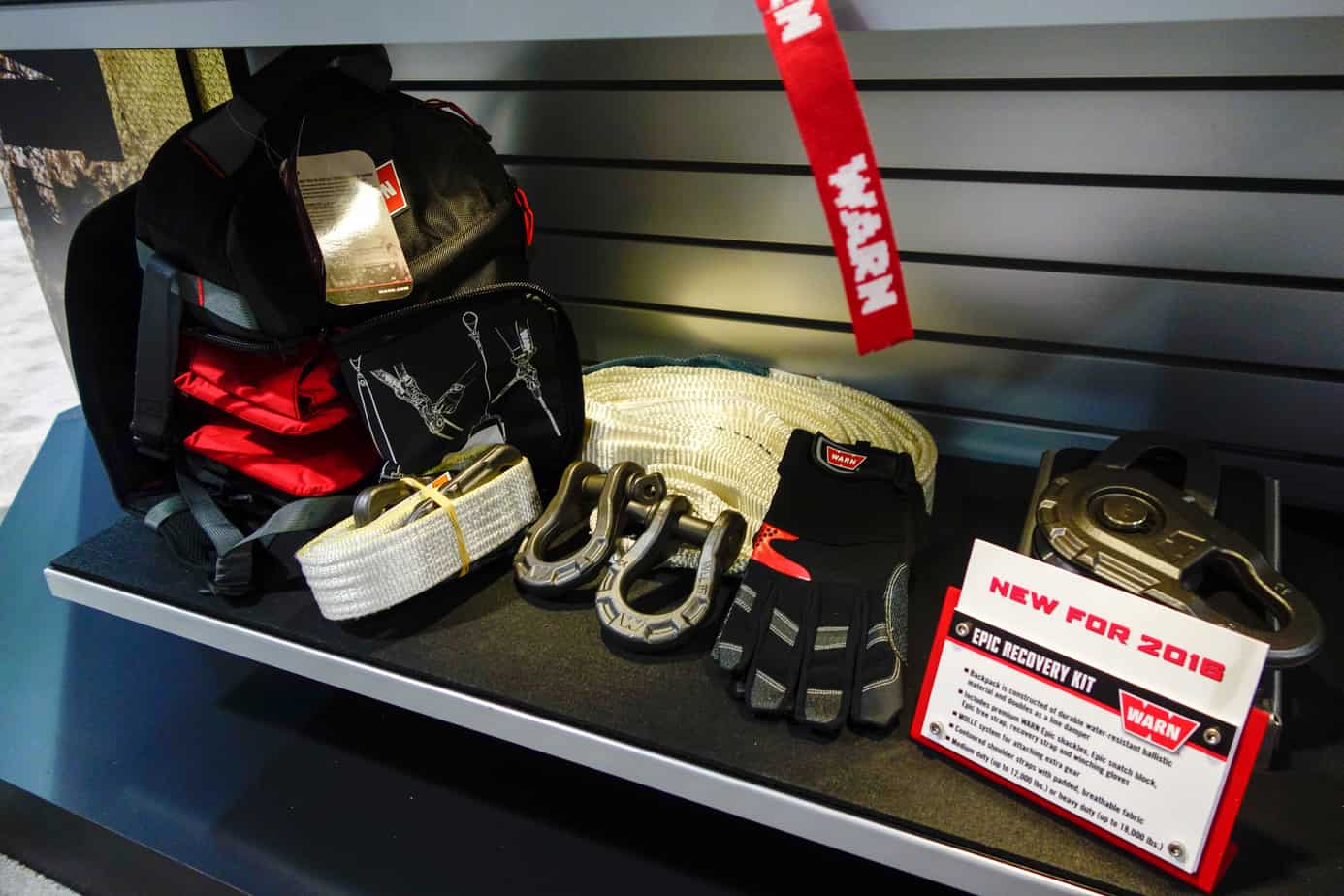 Bilstein:
The German suspension company Bilstein has released a new suspension system for Toyota Tacoma and Tundra. There are several innovations, including the protective lower adjustment collar and three-stage piston design. 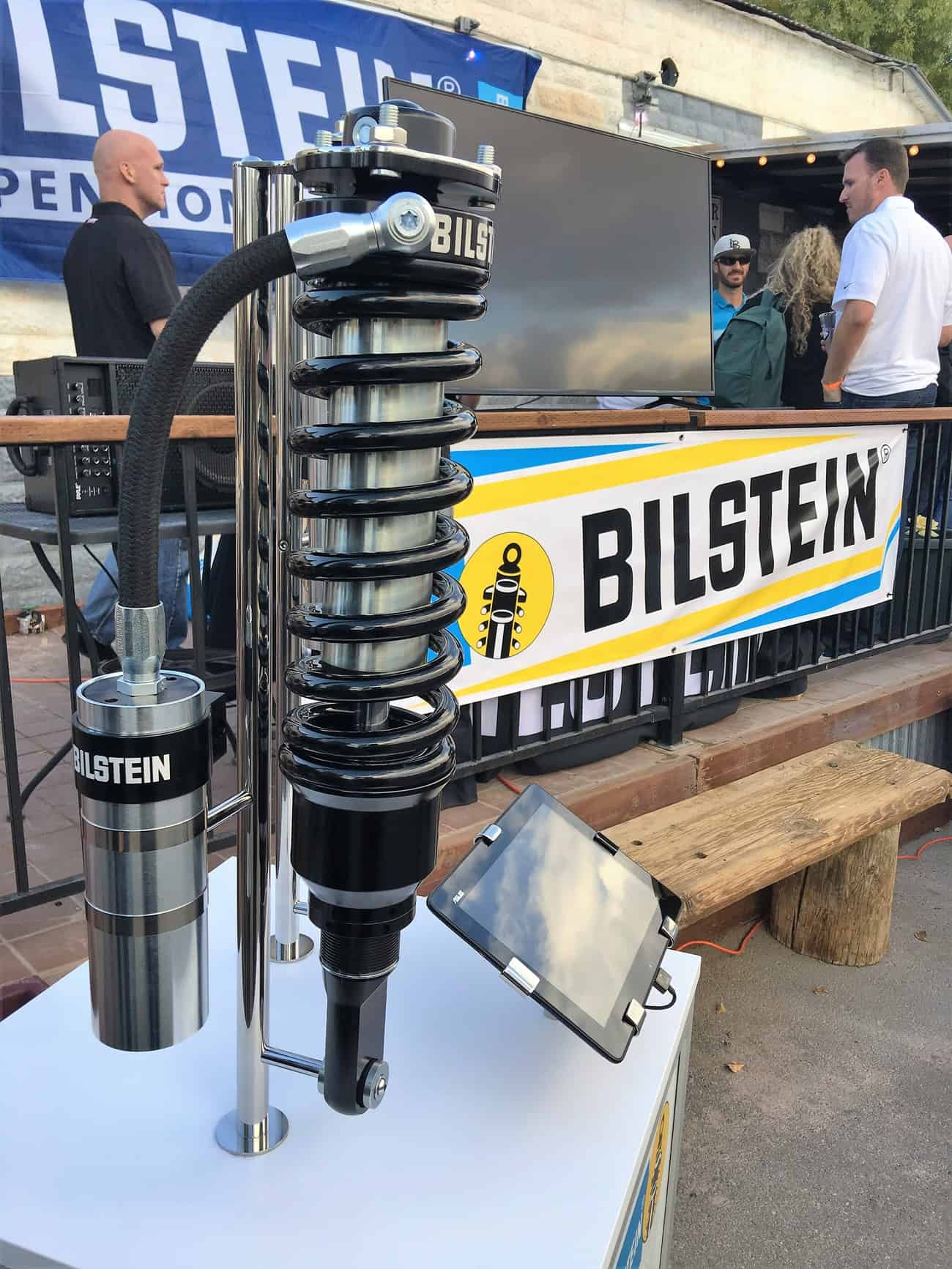 American Expedition Vehicles:
AEV always shows up with important new products and for 2016, they released a new DOT approved beadlock wheel for the JK. Other notable announcements include their Ram 1500 line of suspension, bumper, snorkel, and wheels. These will be particularly popular with the Eco Diesel option. AEV is also celebrating their 20th Anniversary with a limited edition AEV Wrangler and 2500 Ram package. 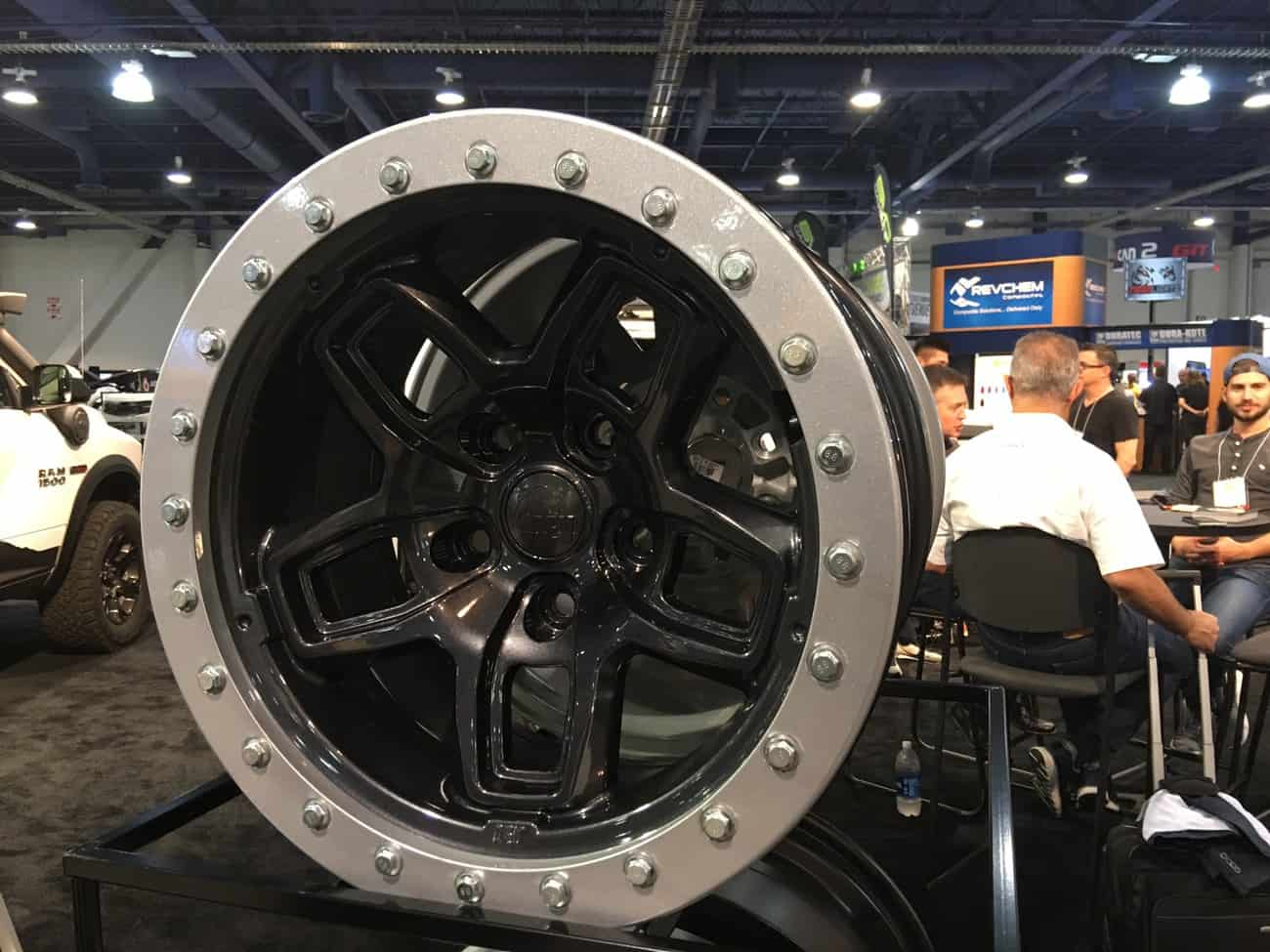 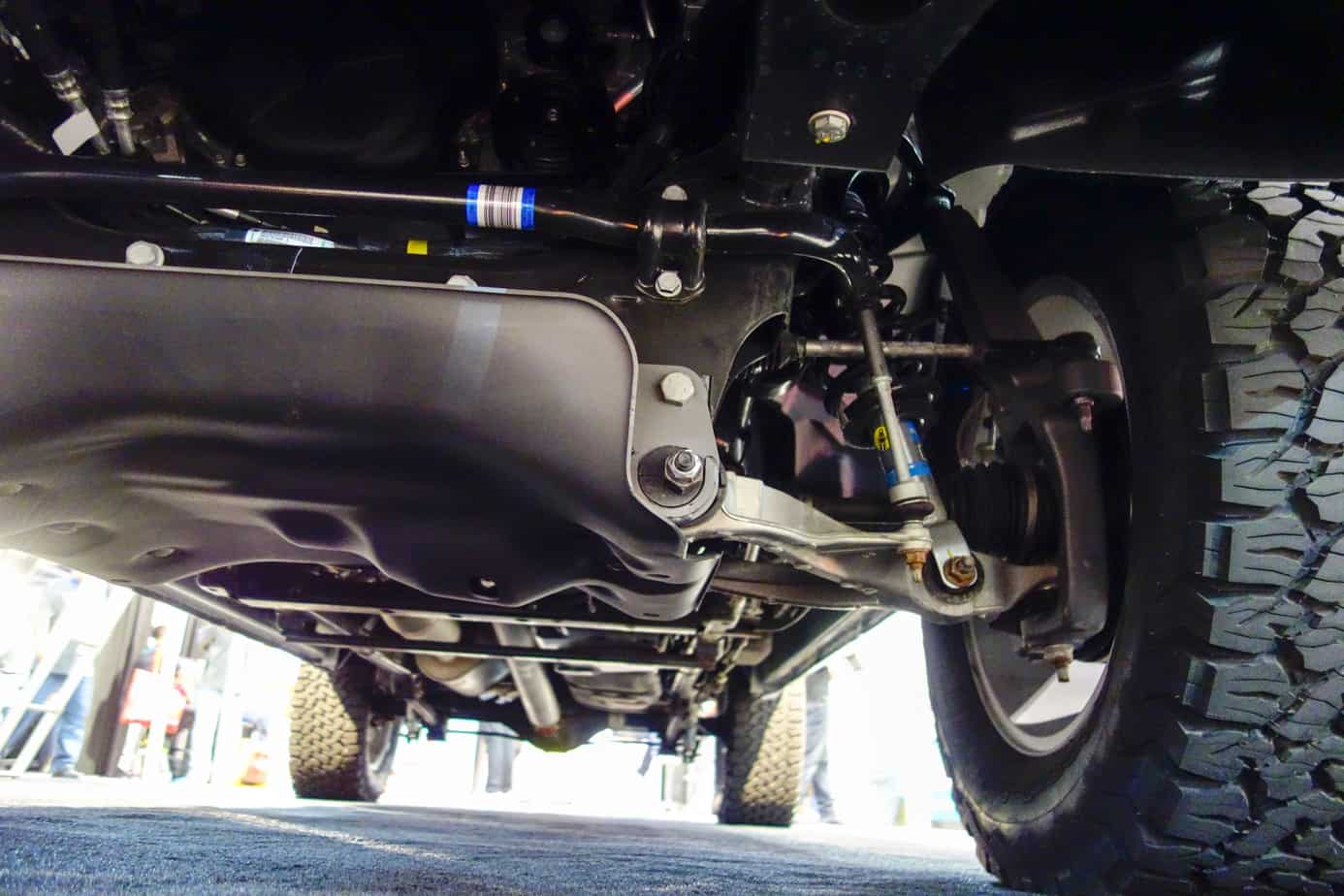 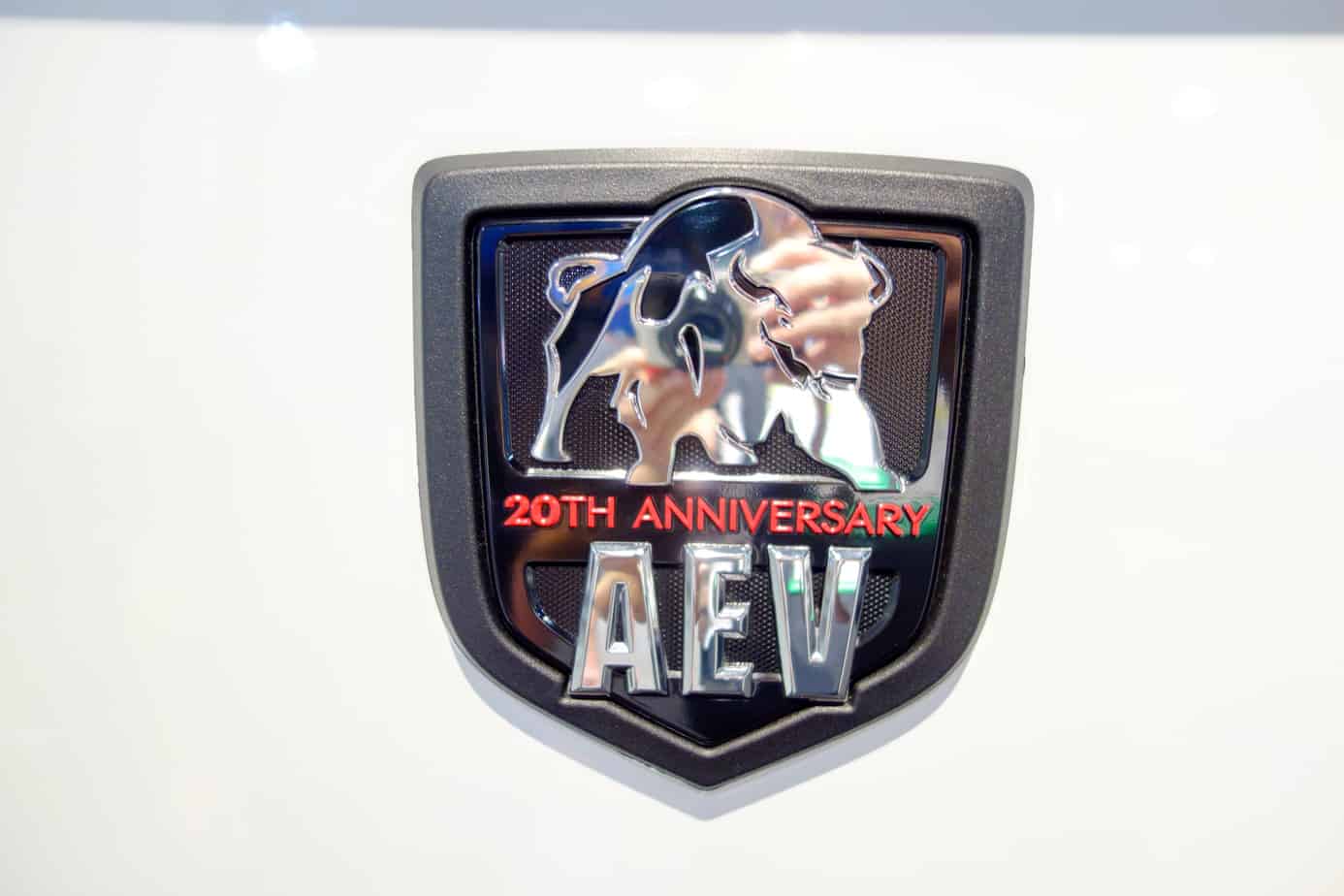 TeraFlex:
TeraFlex has been a leader in Jeep suspensions for nearly 20 years, starting with the Wrangler TJ and now the JK. They have several new products at SEMA, but are focusing on their impressive Falcon line, which incorporates remote reservoirs, application-specific fitment, and adjustable valving. The shocks also happen to look amazing! 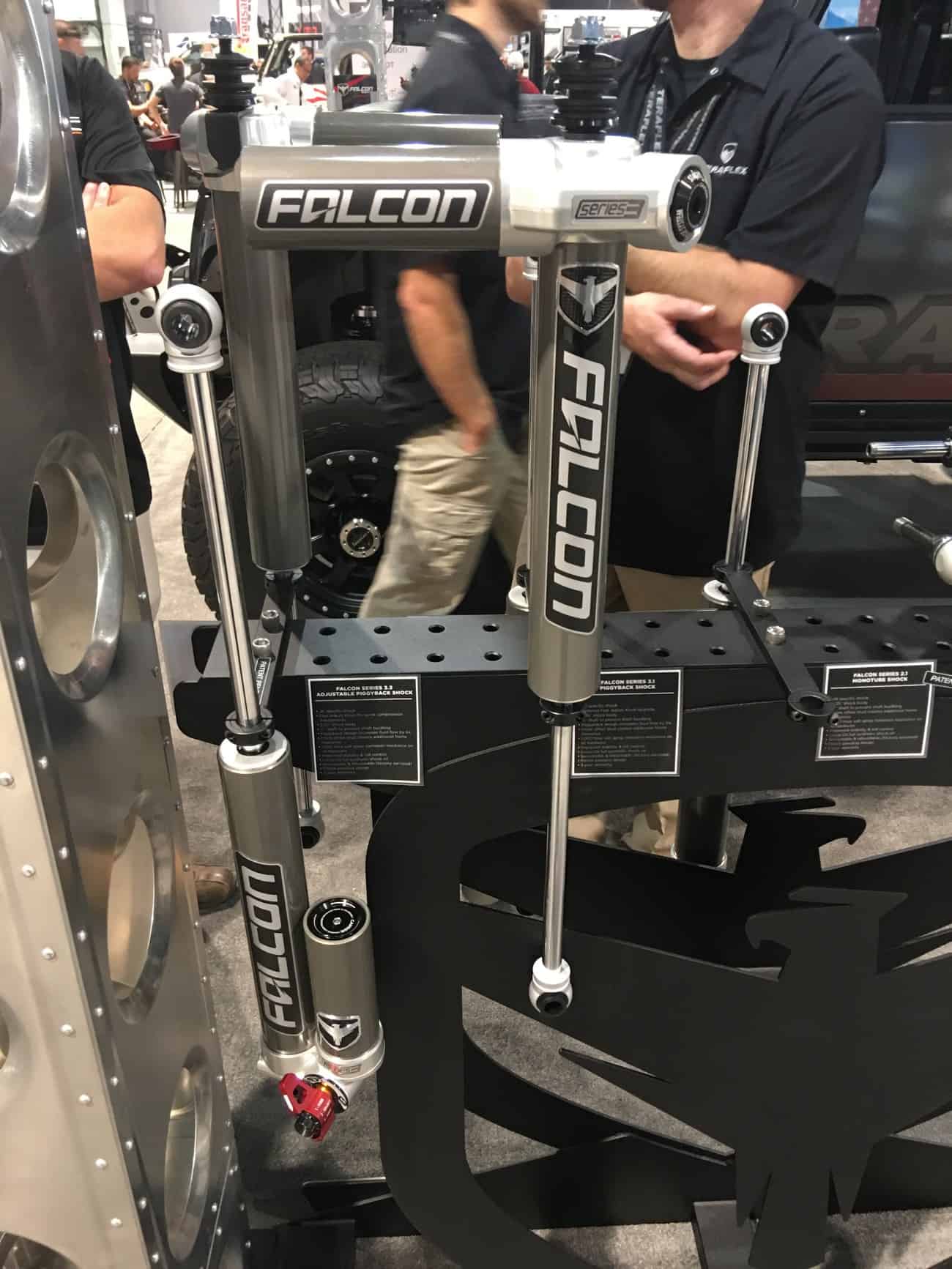 Cummins:
With a new line of crate motors, Cummins will make all of our turbo-diesel dreams come true. In particular, this 2.8L CRD is amazing and will be right at home in your favorite Jeep, Land Rover, G-Wagen, or Land Cruiser. 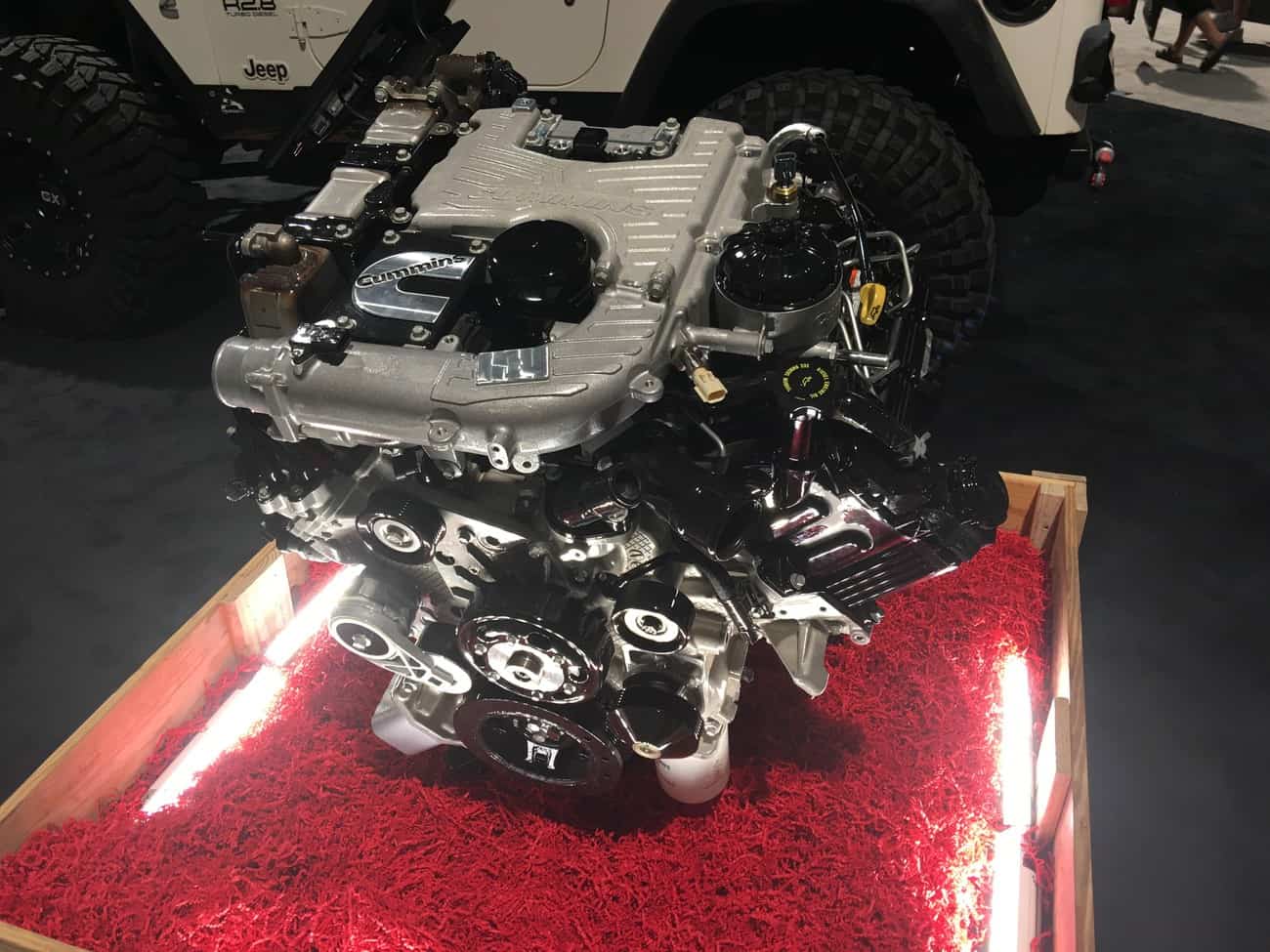 ARB:
The ARB booth is always packed, having more traffic them companies with three or four times as much floor space. They have also released a ton of new products, including their new stainless 60L fridge and their LED light bar. 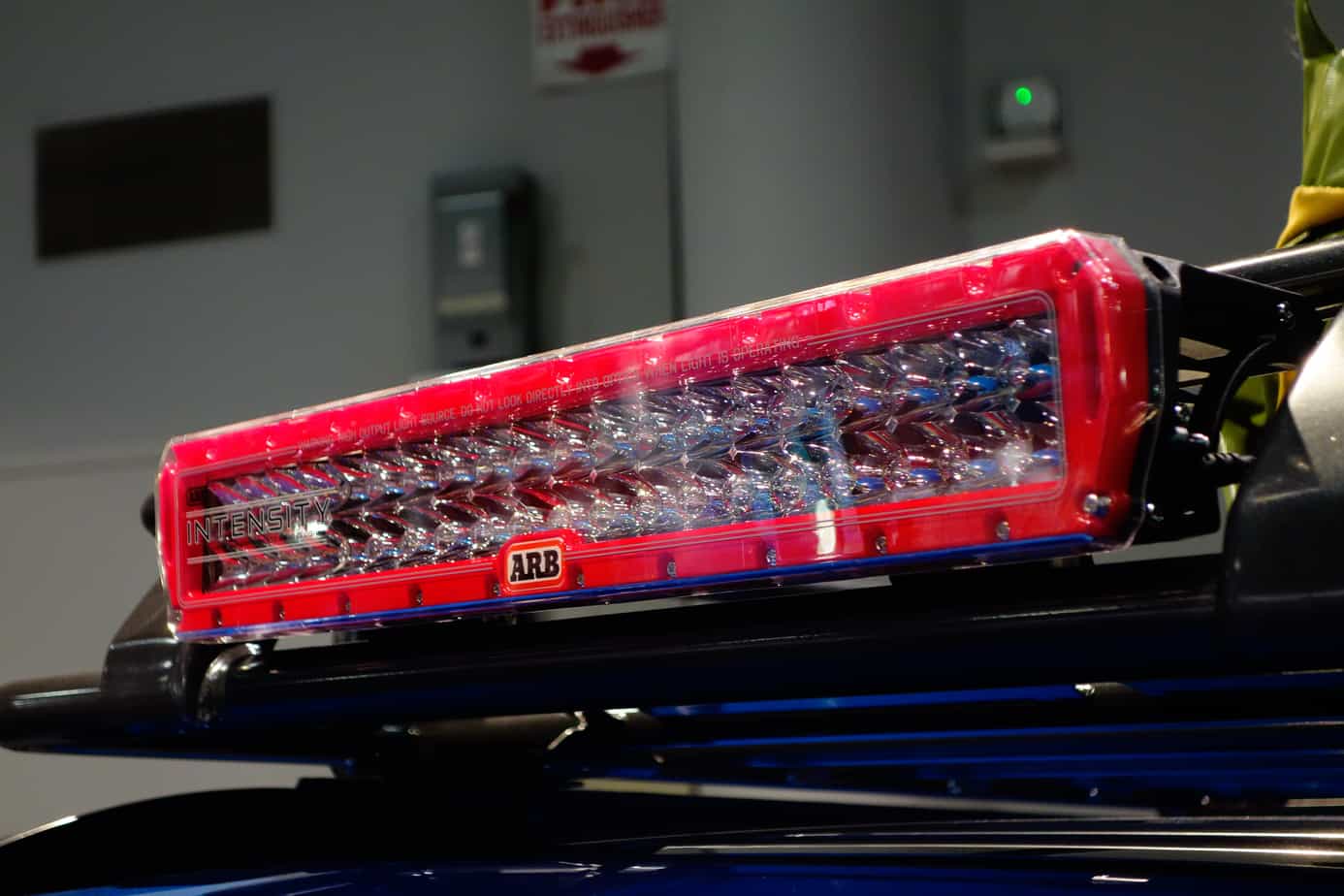 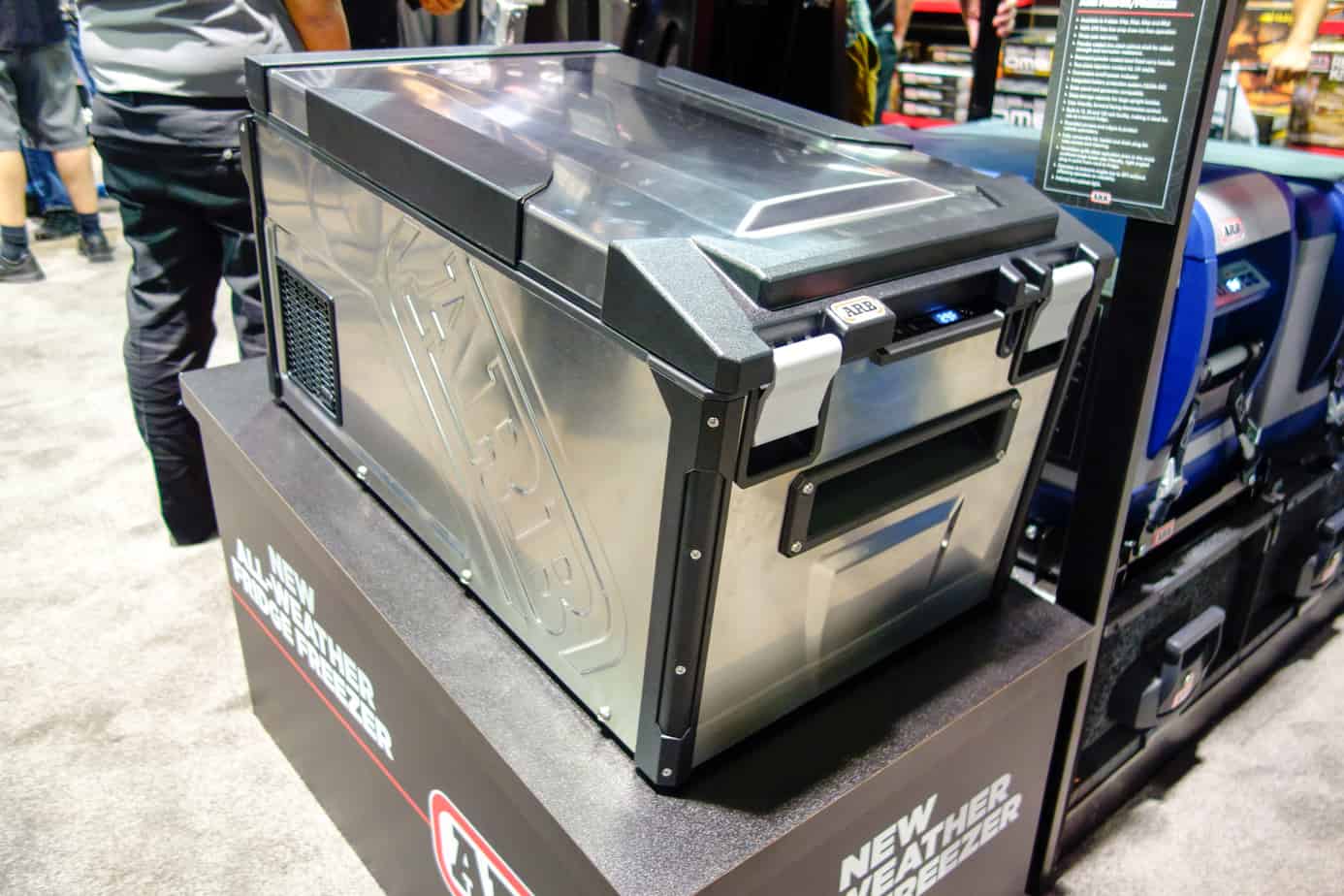 COMEUP WInch:
Known for their quality and value, COMEUP has also released a new performance line. With a focus on line speed and reduced weight, these new blue label winches spool at nearly twice the speed of competitor brands. 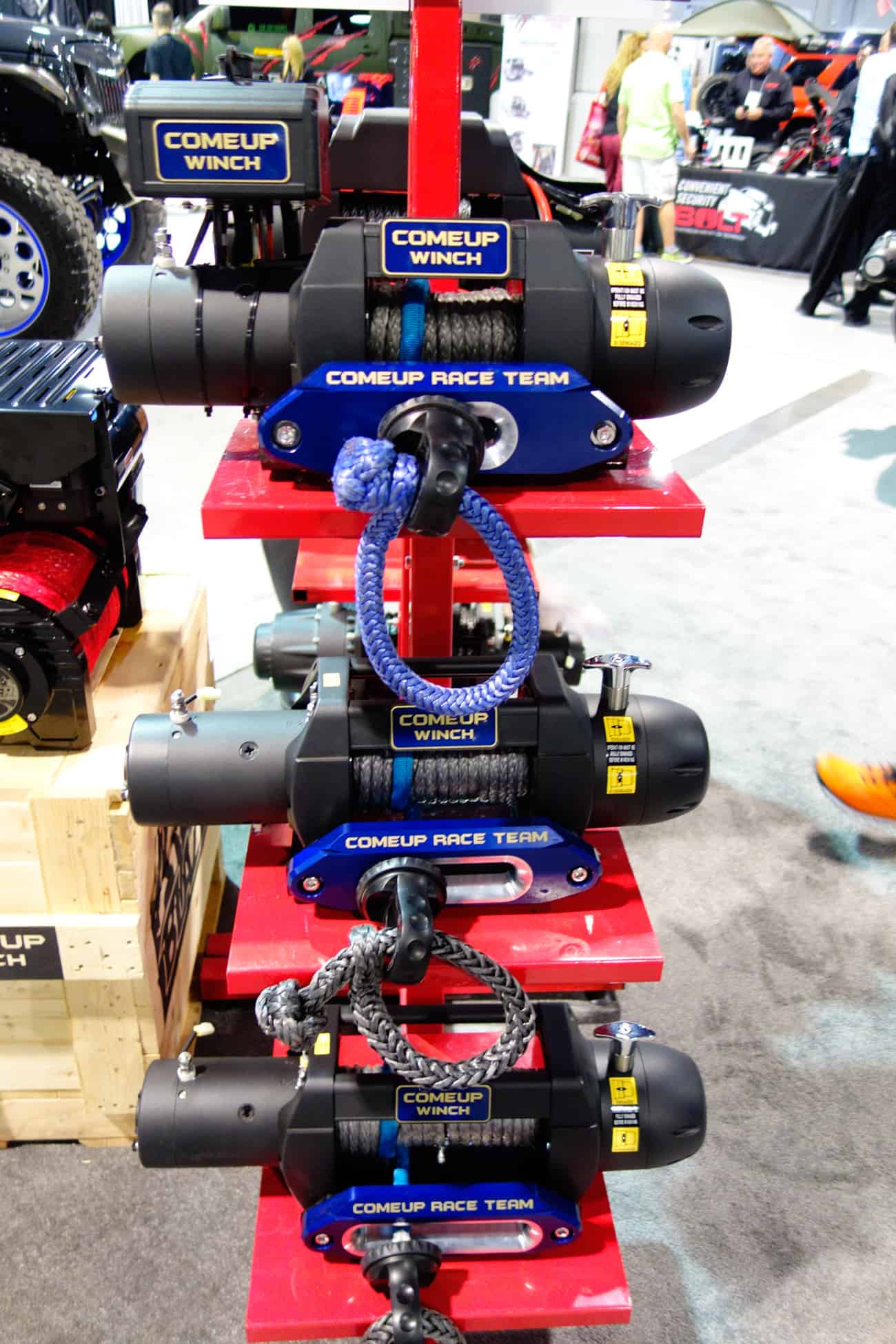 URSA Minor:
We have always been a fan of the URSA Minor Honda Element and Wrangler campers. Their newest version shows the evolution of both quality and fitment, now offering ventilation windows in the top and even better materials. 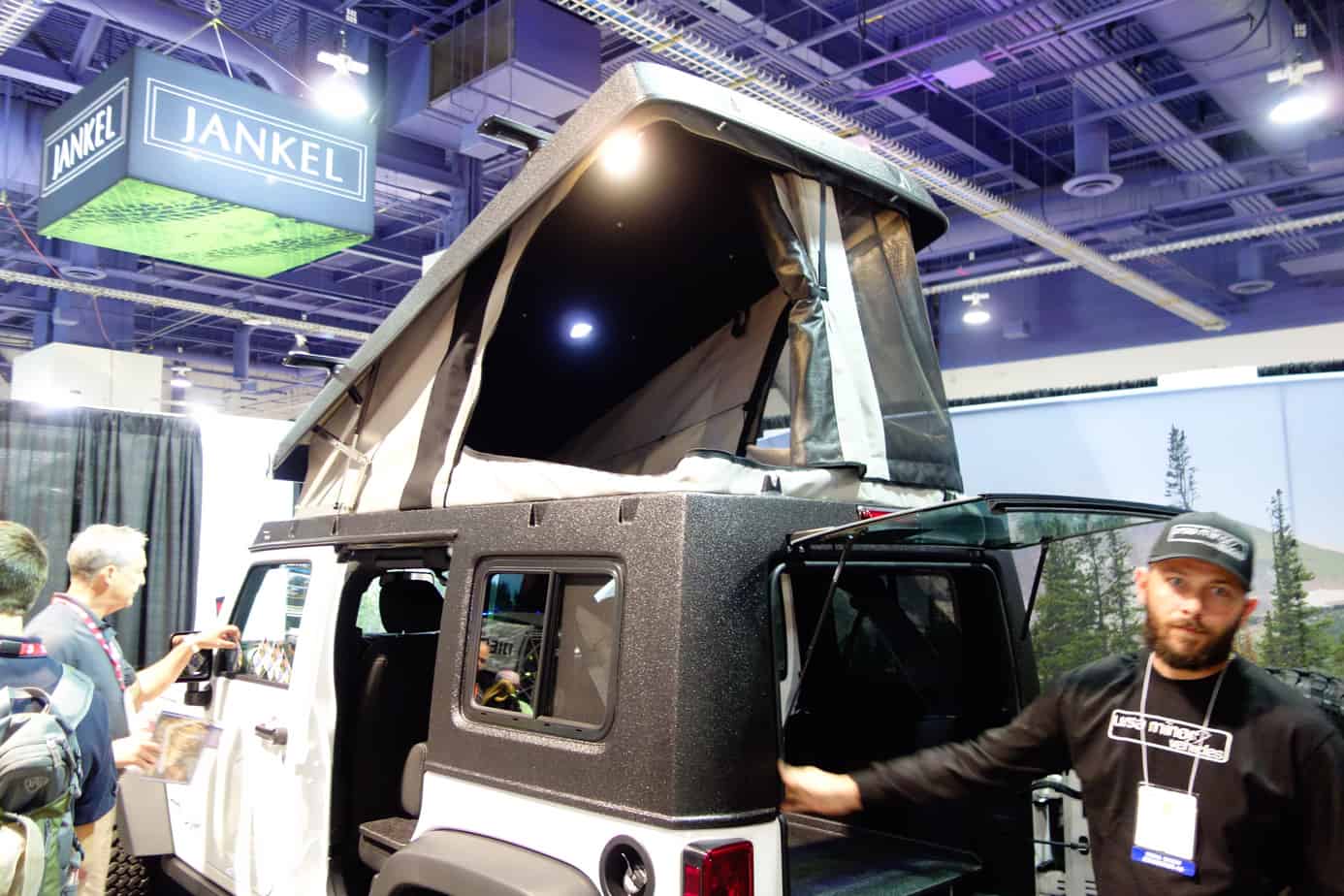 Any Level Lift:
This is an entirely new company and shows impressive promise. They have an electric-hydraulic ram system that provides a range of suspension ride heights from -1″ under stock to +10 inches over stock, all with a high-quality coilover. Steering and panhard rod angles also adjust throughout the range. Impressive indeed. Their Facebook Page 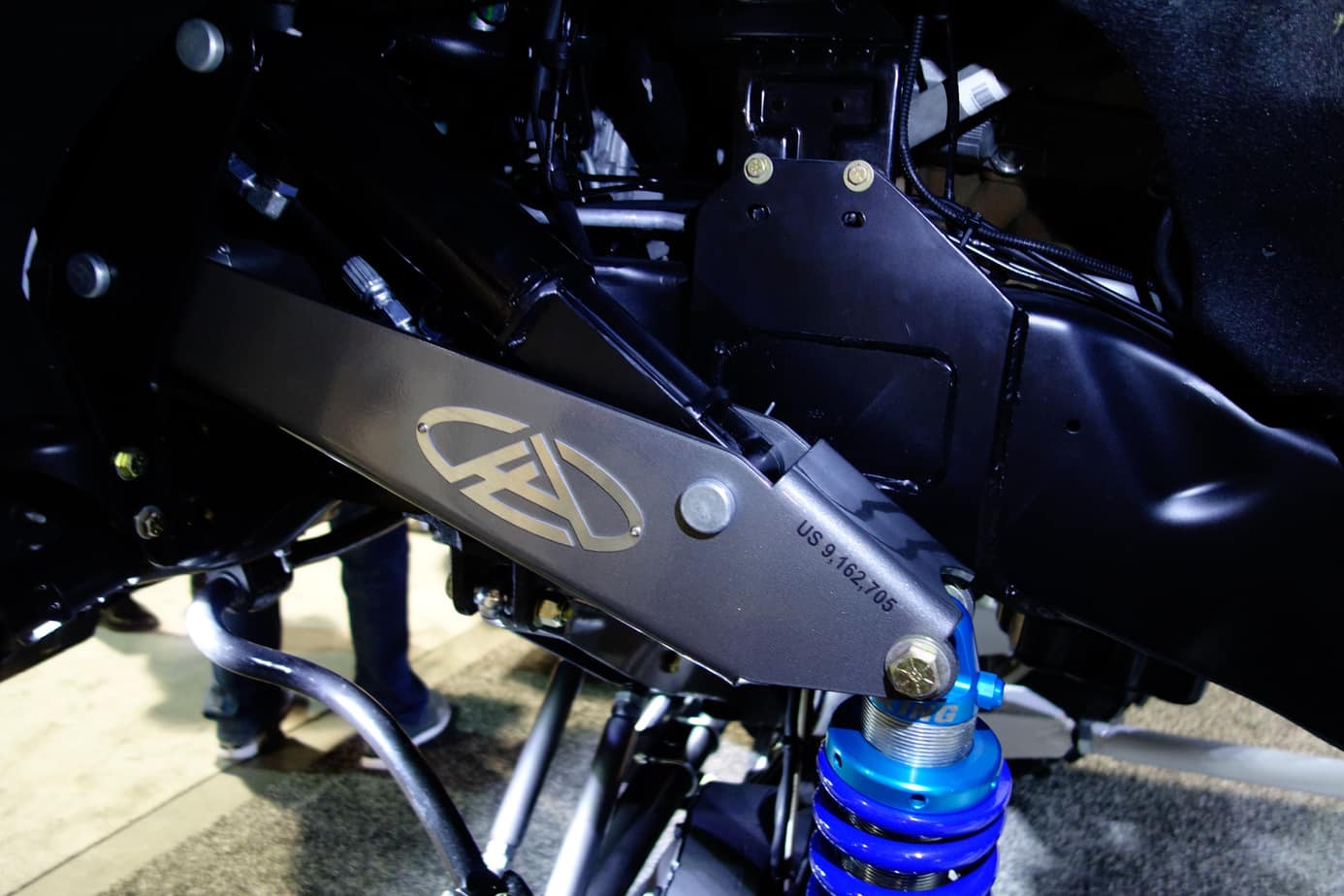 Hellwig Suspension:
Also on the suspension side is new airbag kits from Hellwig, these larger bags allowing for lower operating pressure and a broader range of heights and travel. This particular kit is designed for the new Nissan HD. 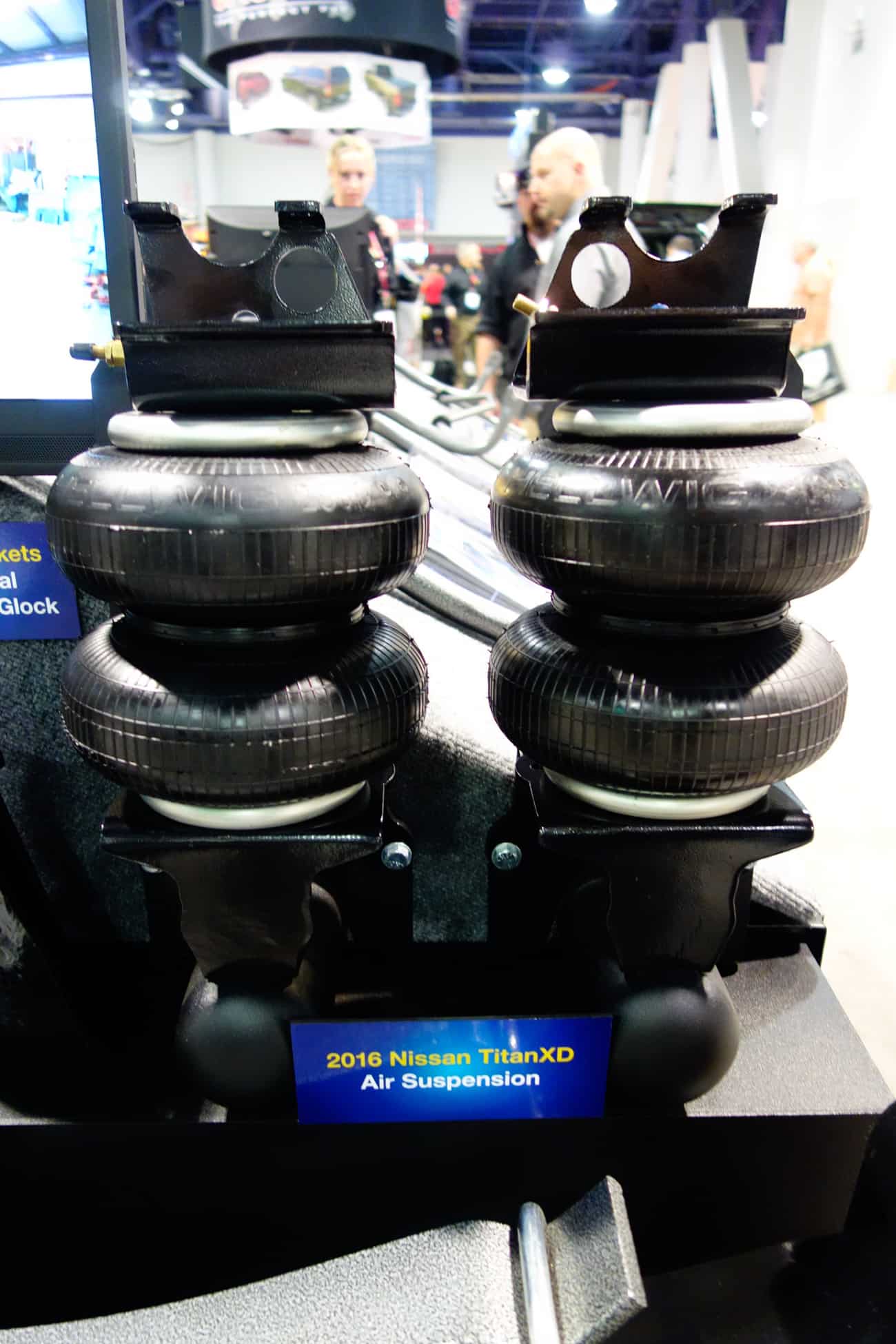 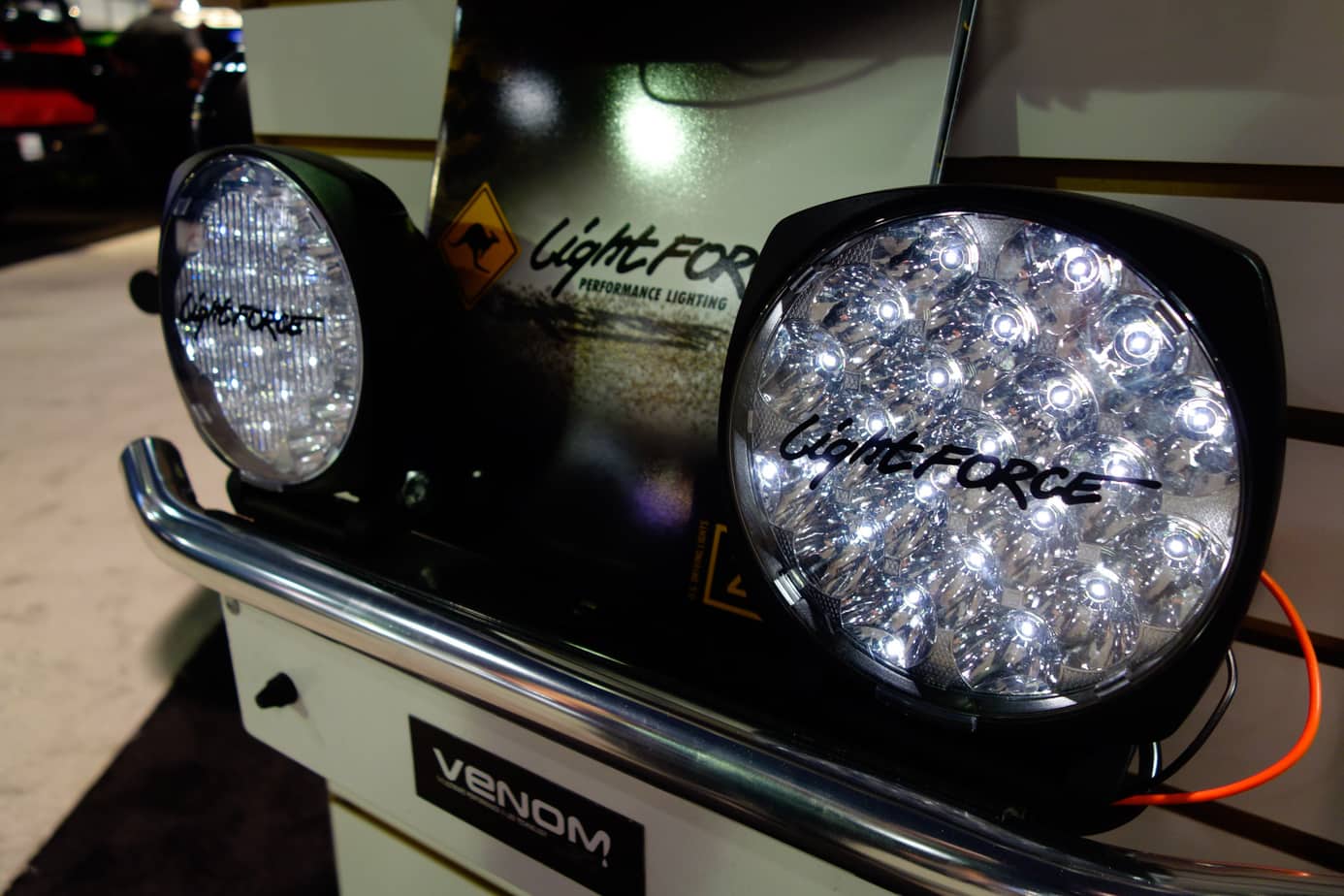 Superwinch:
The team at Superwinch has released their Expedition line, which features control lighting, sealed and potted electronics, accessory ports, remote controls and improved braking systems. Fully waterproof to IP69K standards and sporting a temperature probe and indicator these winches will be a good choice for remote vehicle travel. 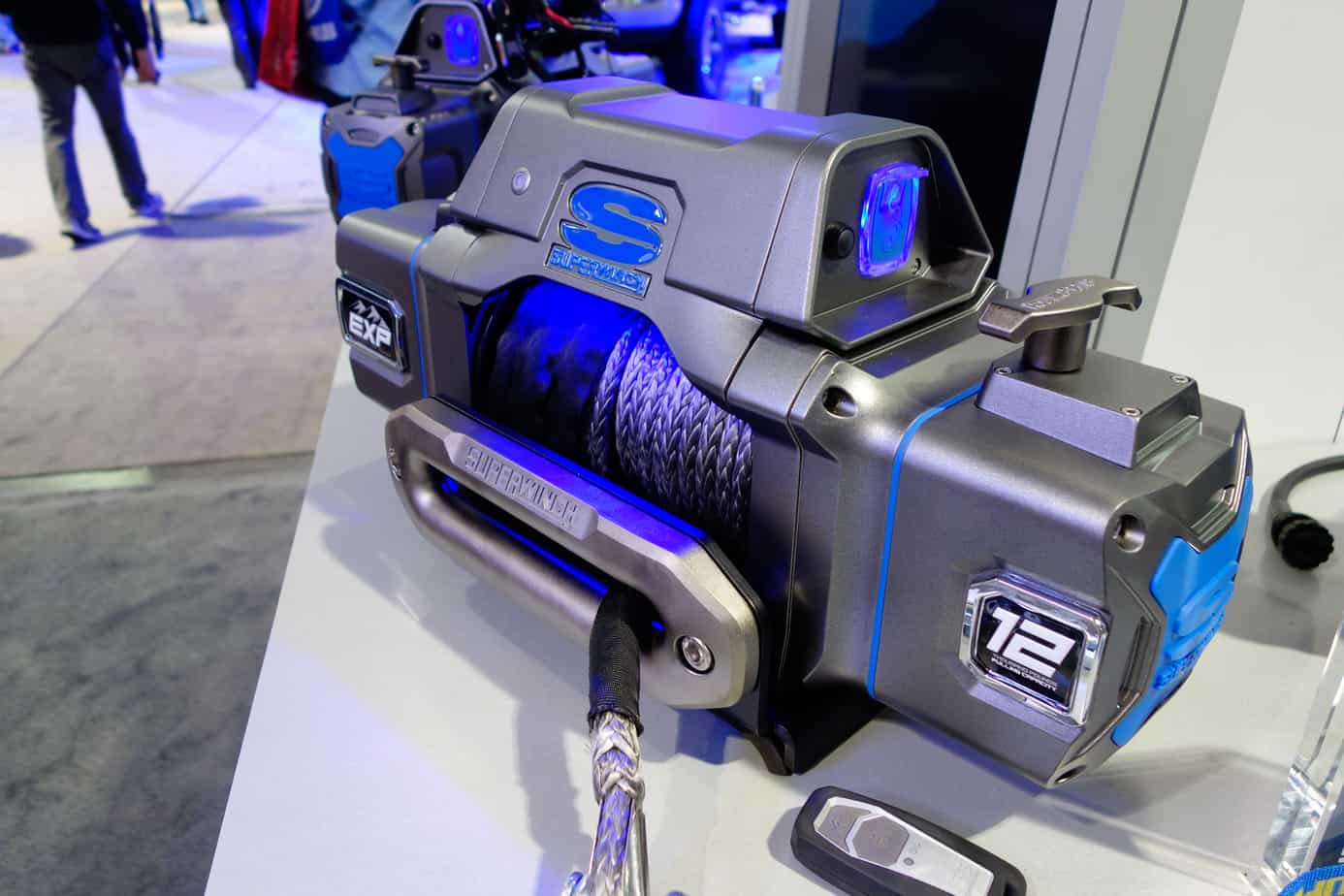 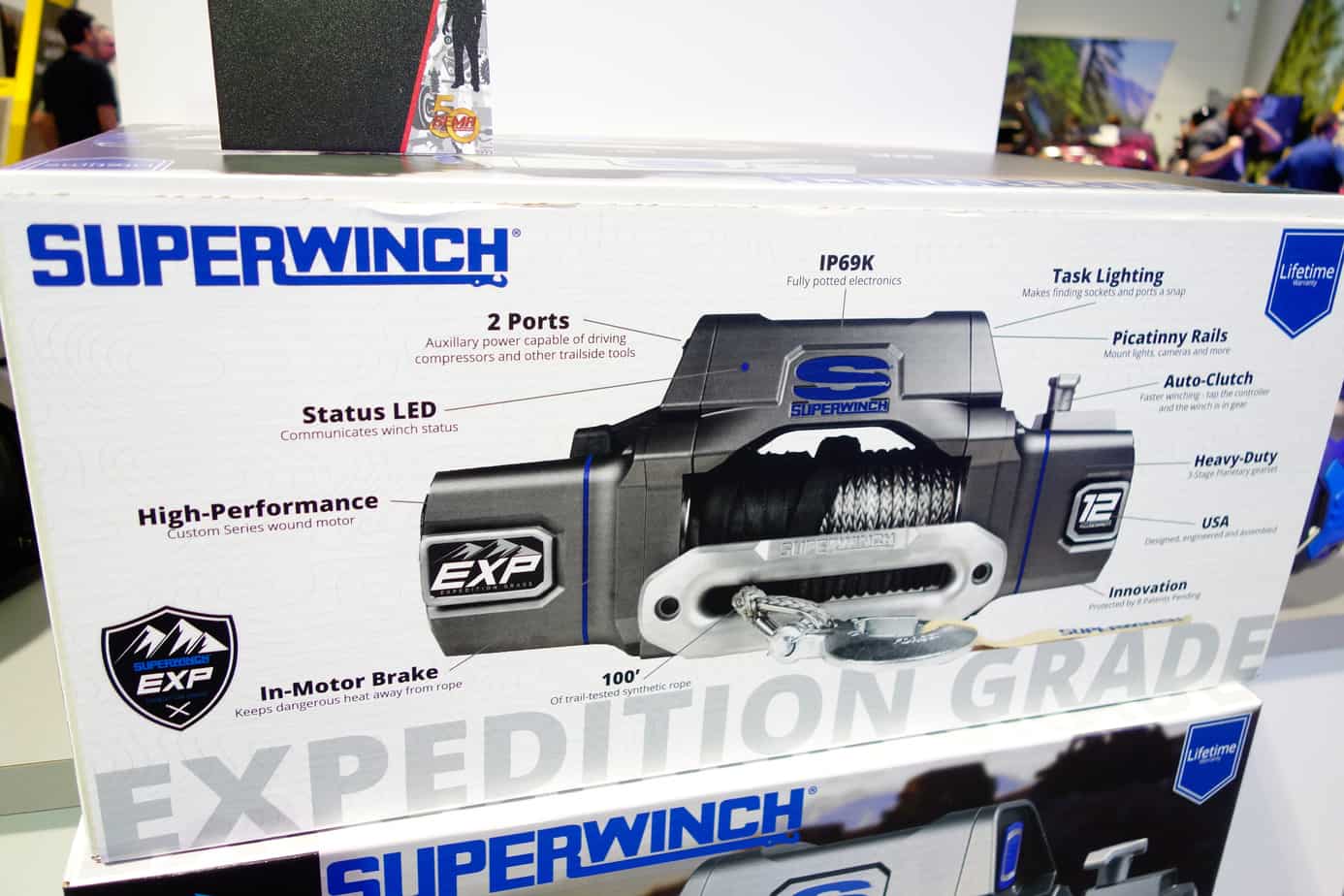 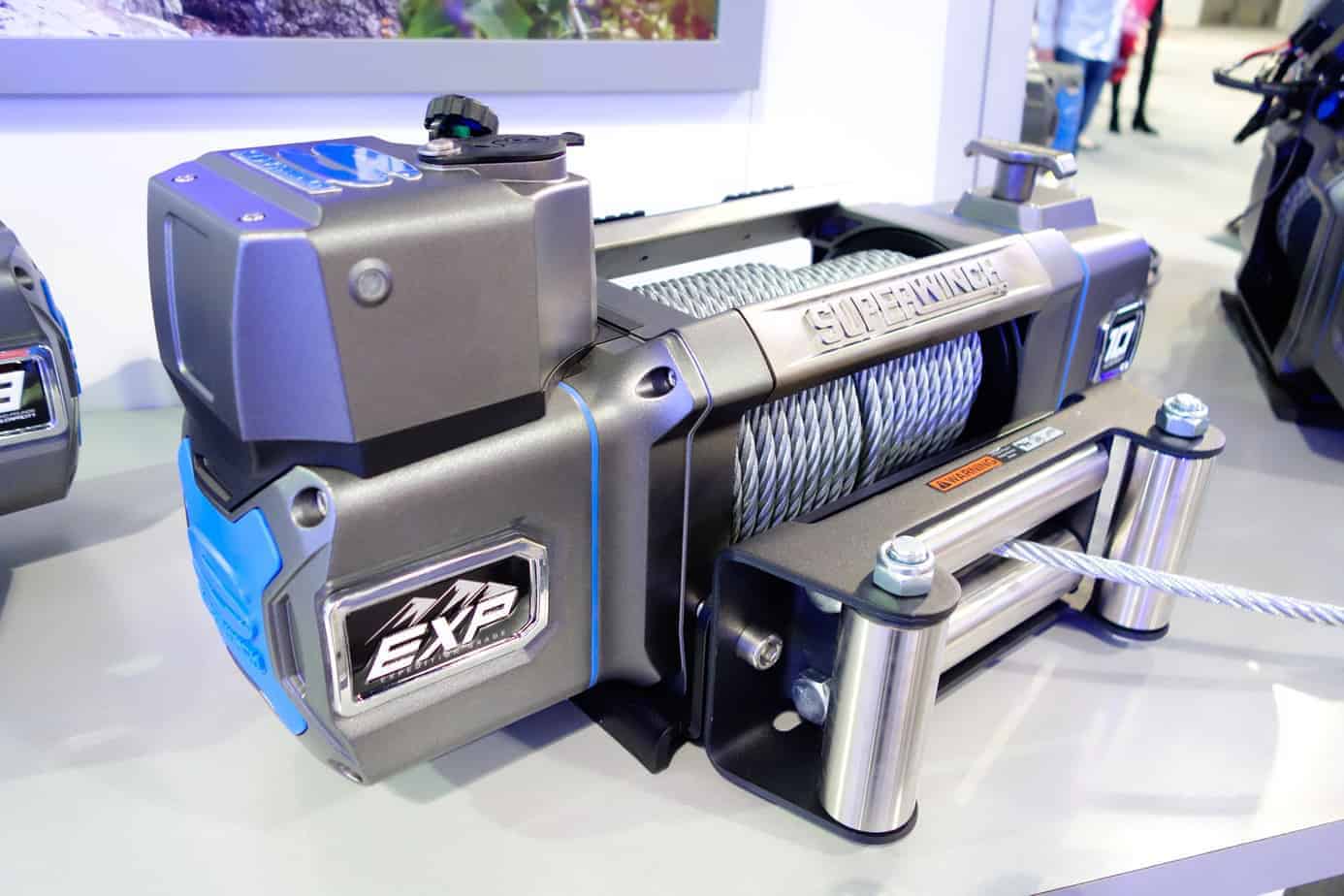 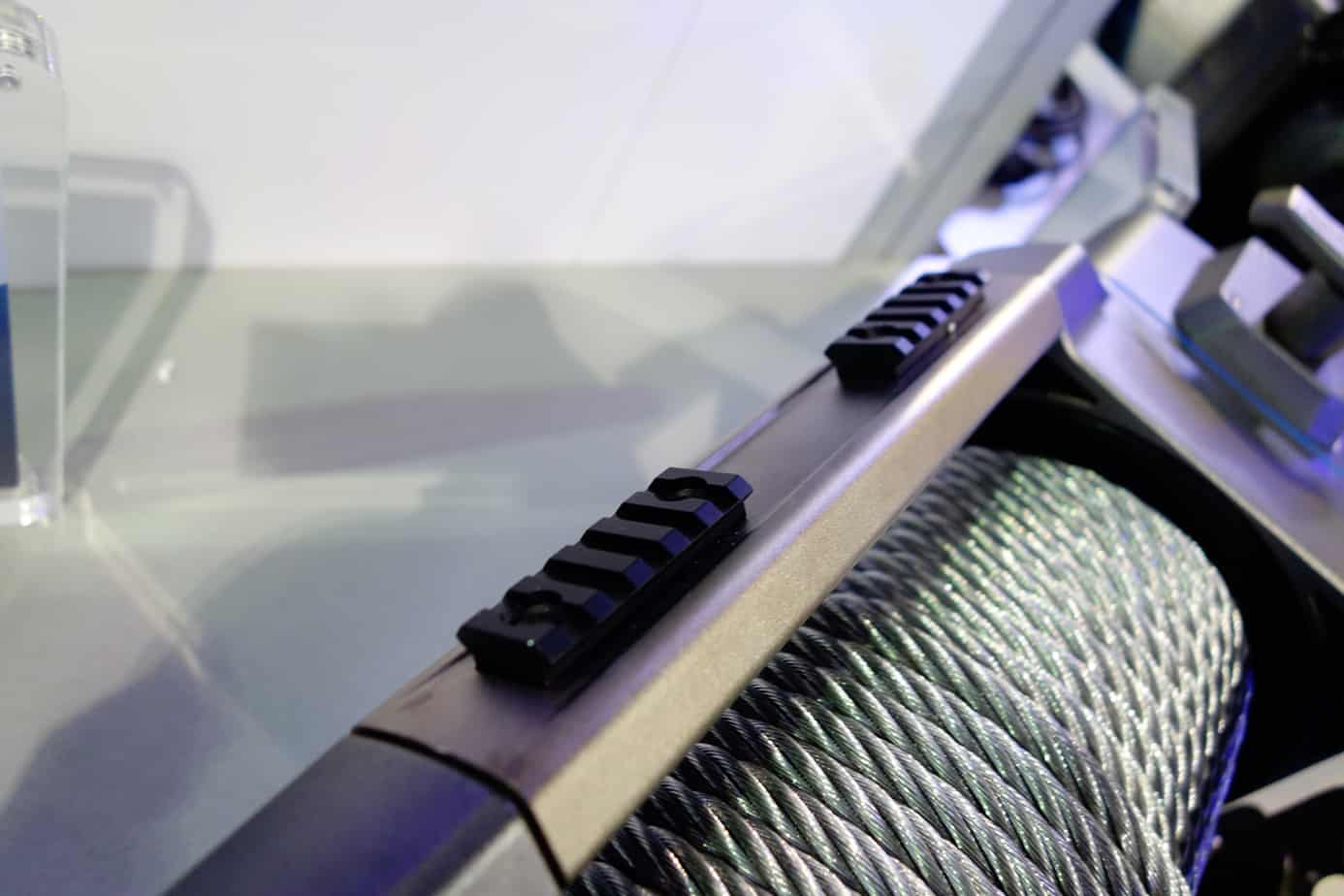 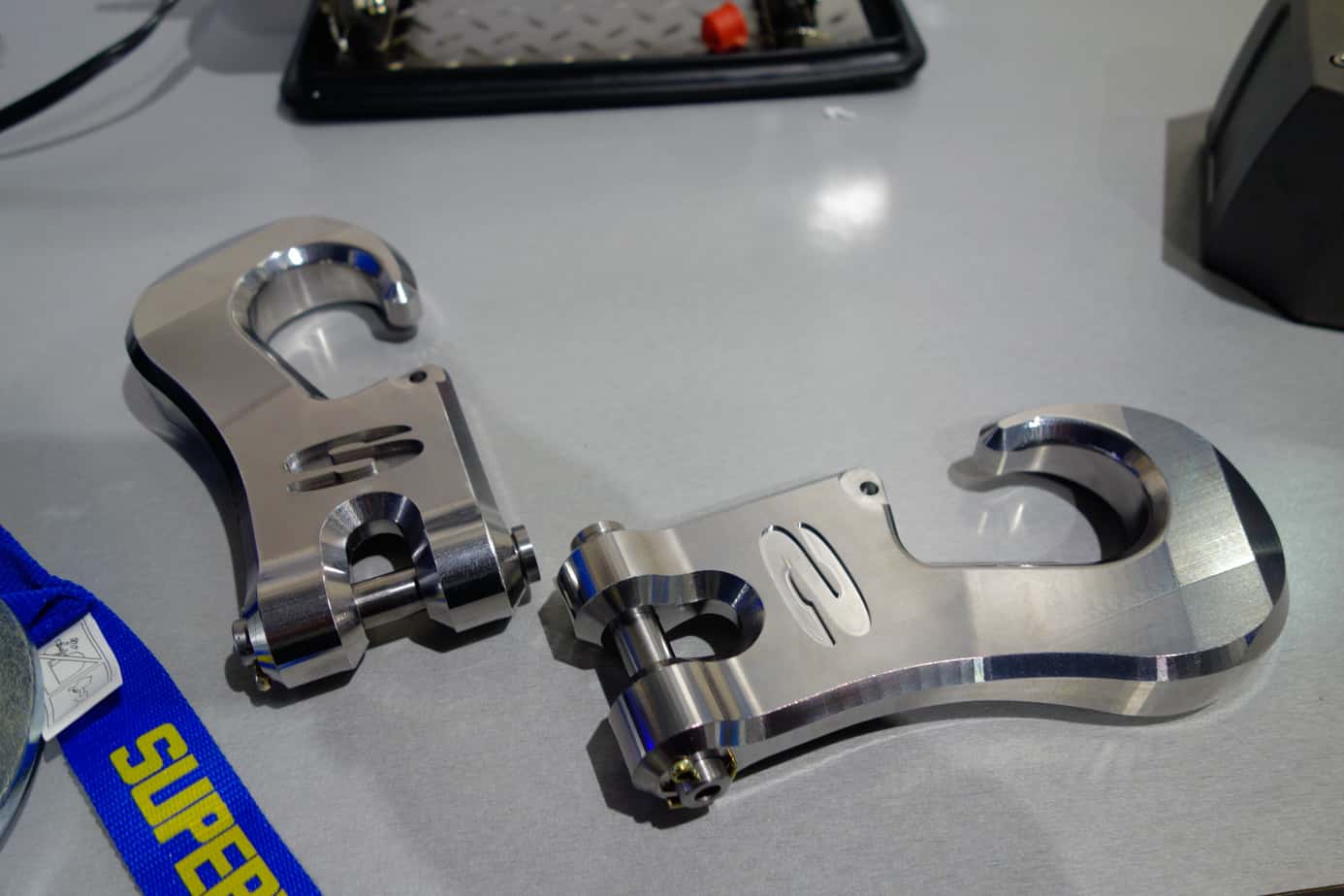 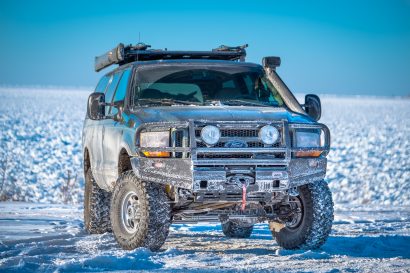 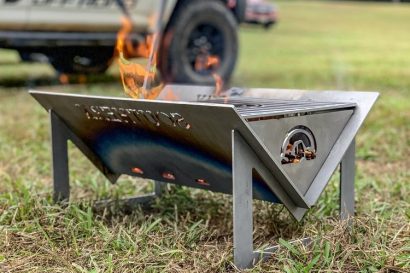 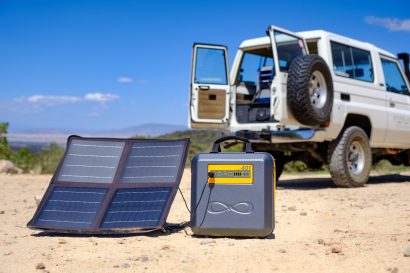